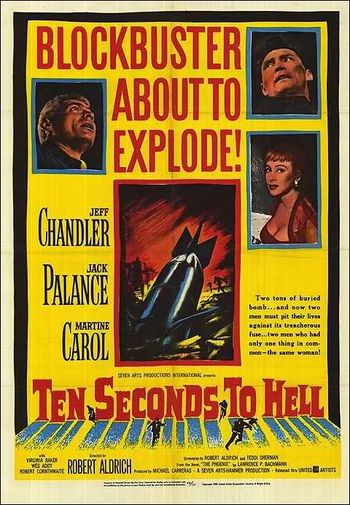 At the end of the Second World War six German ex-soldiers return to Berlin and set up as a bomb disposal group. The pressure of the dangerous work starts to affect them, the more so as they have agreed to pool half their pay so that if only one survives he takes it all. Casualties and friction are inevitable, and having to handle British 1000lb bombs seems particularly bad news. 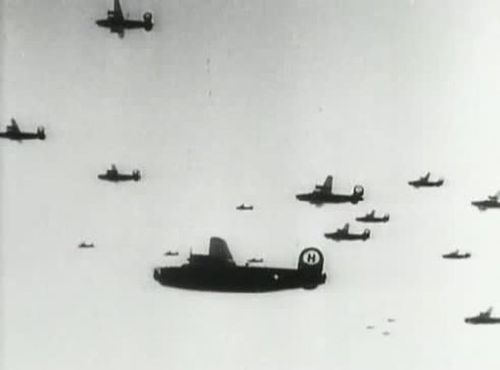 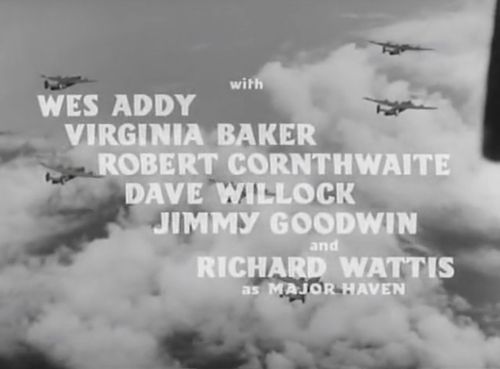 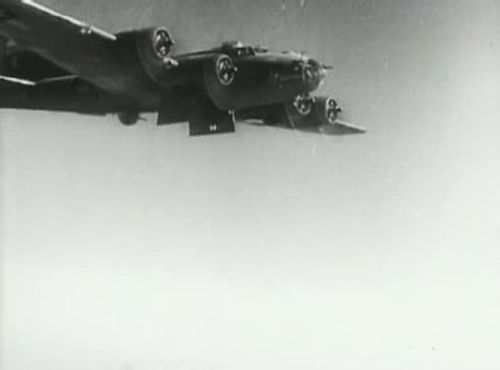 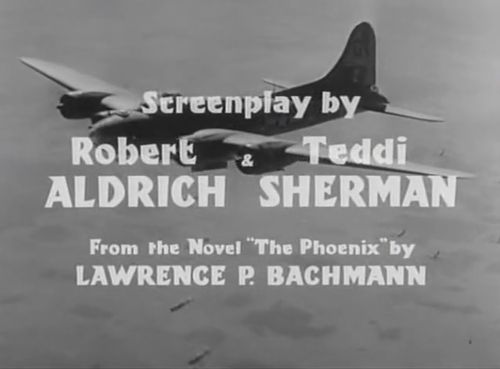 Bomb bay of a Martin B-26 Marauder. Front one first, looking backwards. (bottom right) Note how the last bomb gone is swinging.
This shot is seen in other movies at IMPDb: Frequently Seen Aircraft. 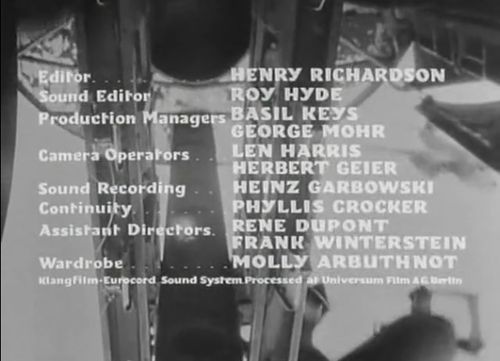 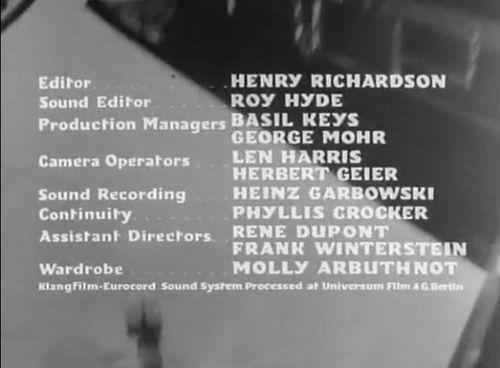