The Adventures of Bayou Billy 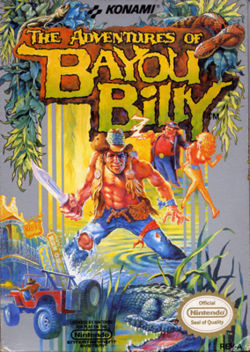 The Adventures of Bayou Billy cover.

A classic NES game. Heroic Bayou Billy's girlfriend Annabelle is kidnapped by ruthless tycoon Godfather Gordon and he undertakes a mission to rescue her.

The boss of one level, used by some of Gordon's henchmen to attack Billy in the bayou. Highly stylized but still recognizable as a Hughes. 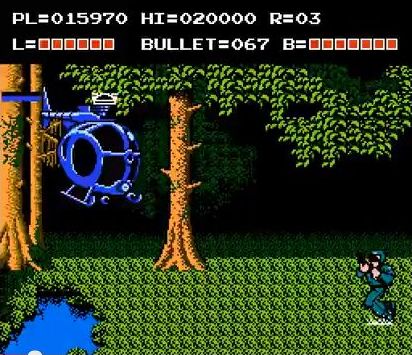 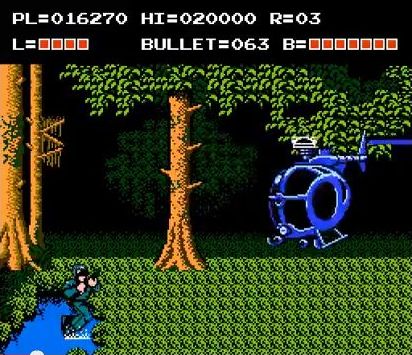 Used by Gordon's henchmen in one of the Jeep driving levels. It drops bombs on the player. Appears to be a generic single engine plane with pontoons. 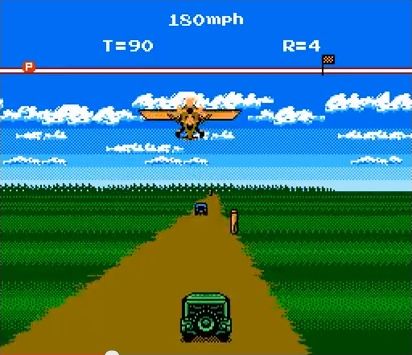 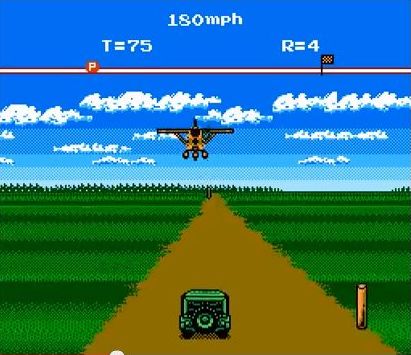 Used by Gordon's henchmen in another driving level to attack Billy. 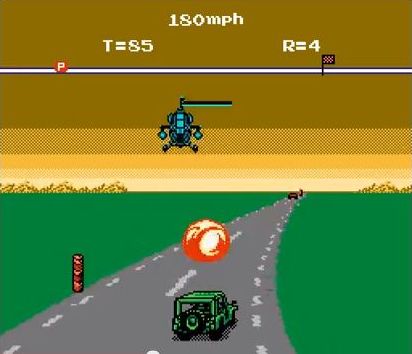