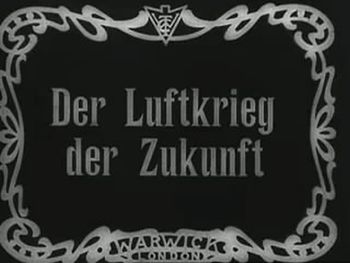 Movie (1909)
aka : The Aerial Torpedo
aka : Der Luftkrieg der Zukunft 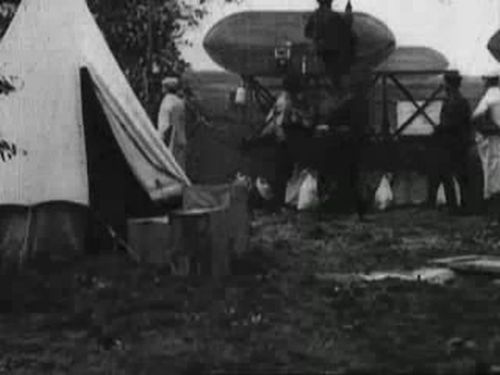 Preparation at the Aero camp – Loading supplies and crew. 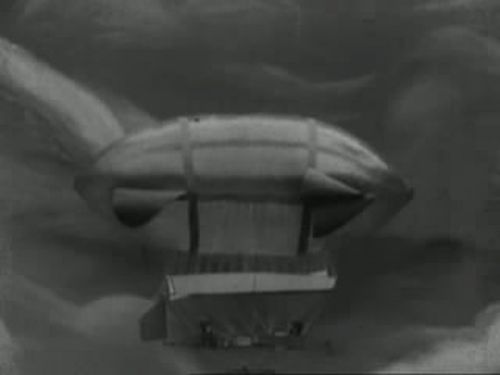 Start of the airship. 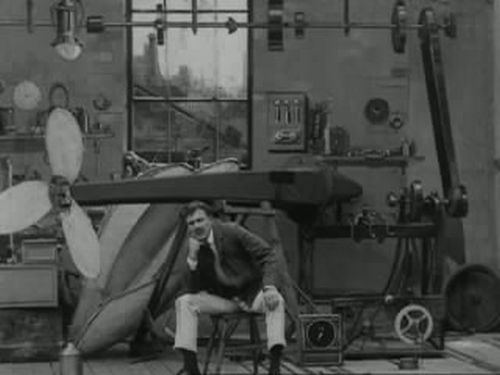 The inventor of the airship destroyer. 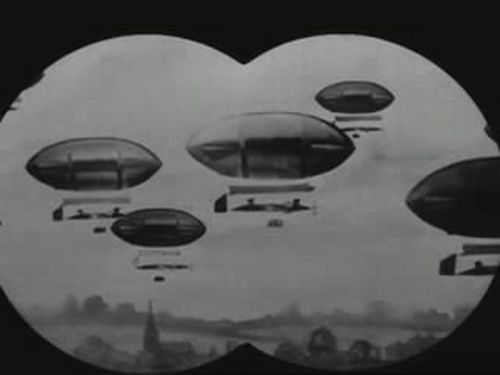 The aero fleet in full flight. 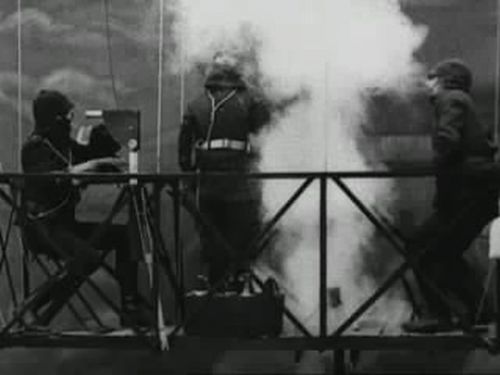 Dropping like shells from the firing deck of an airship. 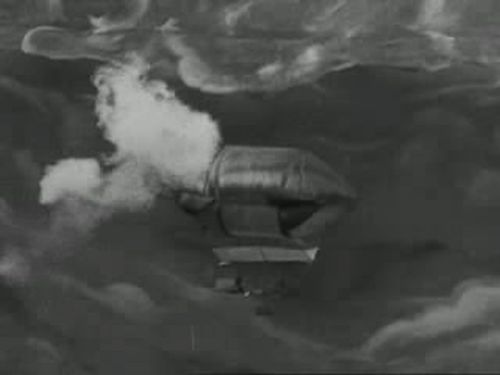 The airship is firing without opposition. 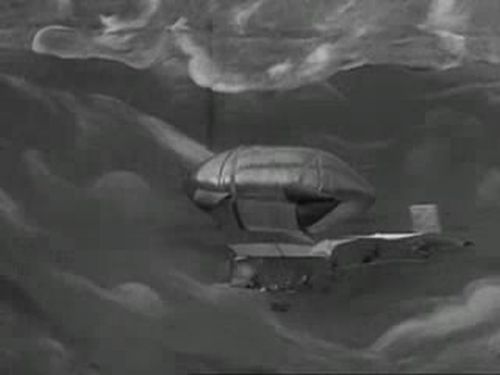 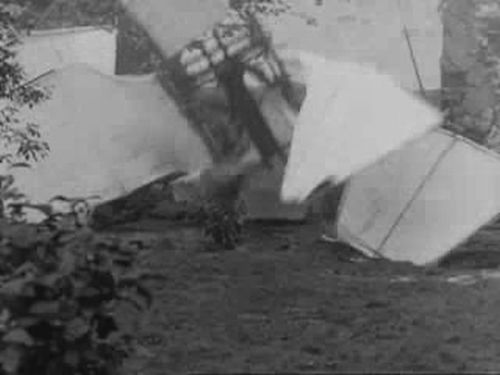 Wreck of the shoot down aeroplane. 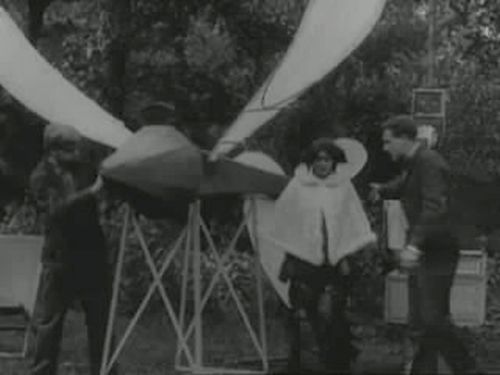 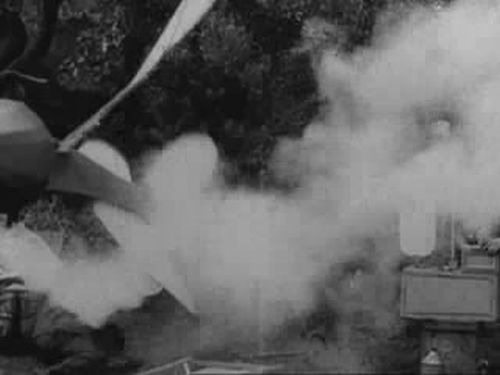 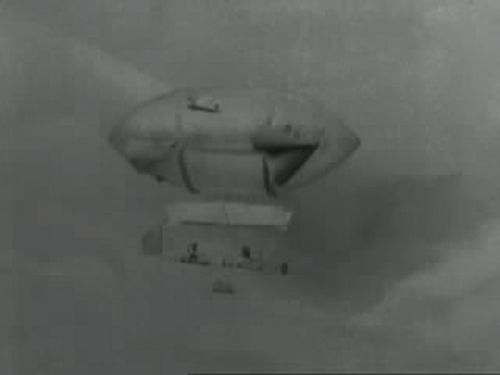 The torpedo, steered through the air by wireless telegraphy, is near the airship. 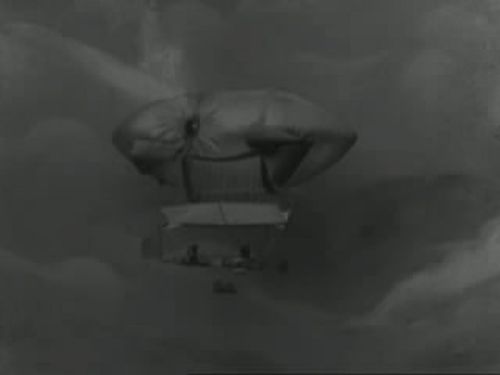 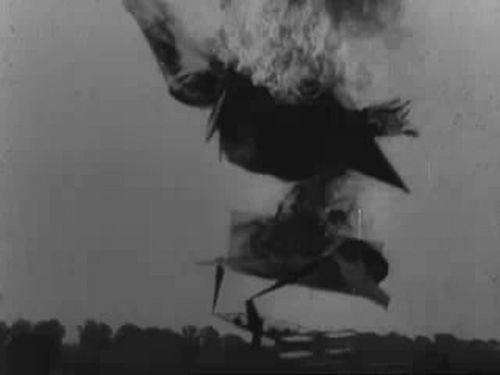 One flash and the airship is doomed – It falls.