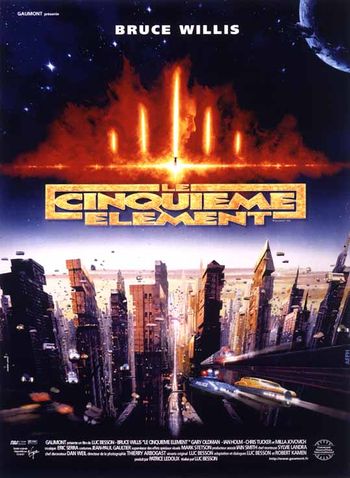 Every 5 000 years, the Earth is set on danger. Only the conjunction of five elements could save it. Upon learning about her significance, Korben Dallas must join efforts with a young woman (who fell into his taxicab) to recover four mystical stones essential to defending Earth from an impending attack.

What could be planes in the 23rd Century.

Launching of a North American A-5 Vigilante. Behind its tail are probably some Douglas A-4 Skyhawk and on the right perhaps a Grumman A-6 Intruder, a Douglas A-3 Skywarrior and another Vigilante.