The Man with the Golden Gun 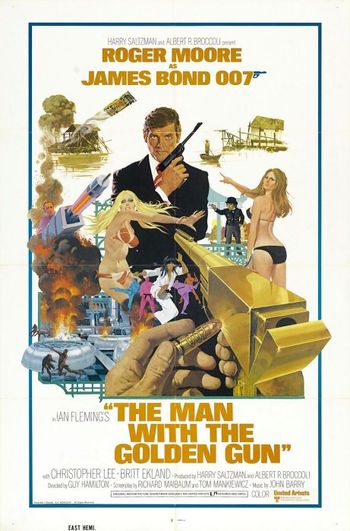 The Man with the Golden Gun movie poster. 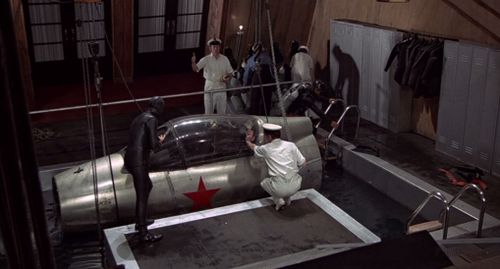 With the addition of wings, tail and turbojet engine, Scaramanga's AMC Matador is turned into a plane with a car for a fuselage. 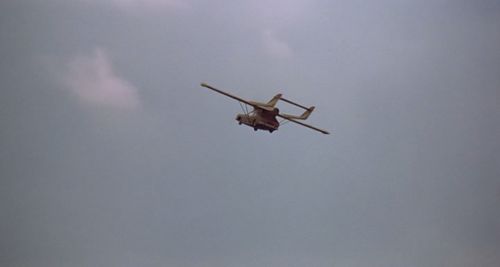 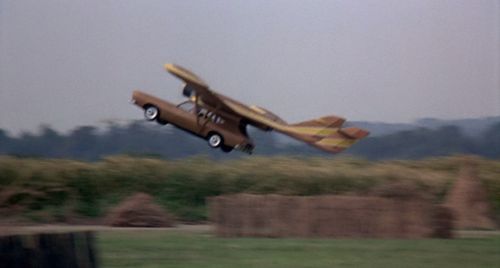 Bond flies to Scaramanga's island in this. Scaramanga later destroys it with his solar powered laser gun. Registration N87545, serial 105. 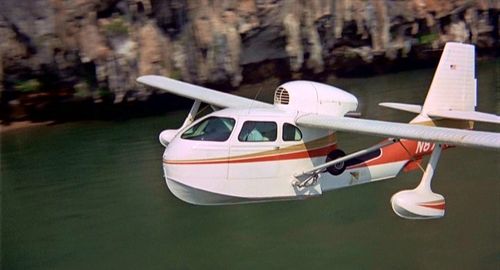 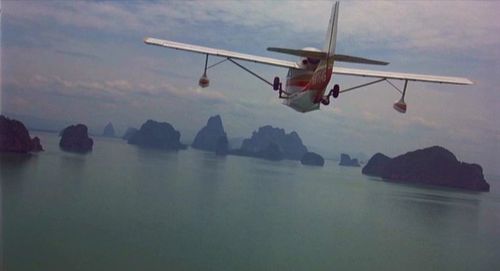