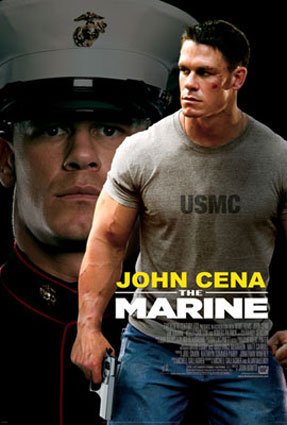 Poster for The Marine.

When a group of diamond thieves take the wife of an ex-marine hostage, he tracks them down eliminating anyone in his path to rescue her.

This modified civilian aircraft is seen in the first sequence. The footage is actually the same as used in Rambo III - look at IMPDb: Frequently Seen Aircraft. 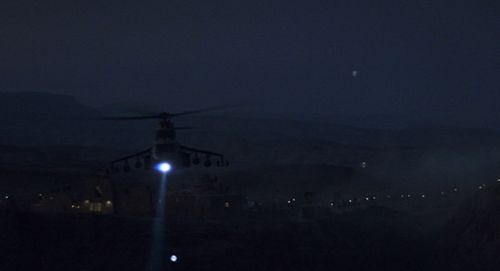 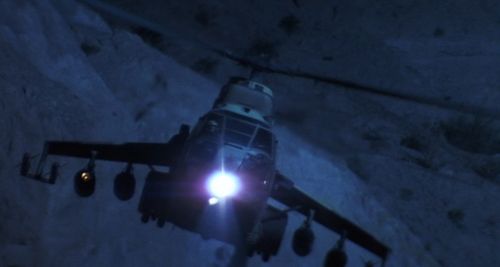 The Soviet star can be seen on the nose, part of the markings for Rambo III.

Clearly archive footage due to the outdated Iran Air livery and old British Airways tail liveries in the background. This is clearly London Heathrow Airport, although the movie suggests somewhere in Eastern U.S. 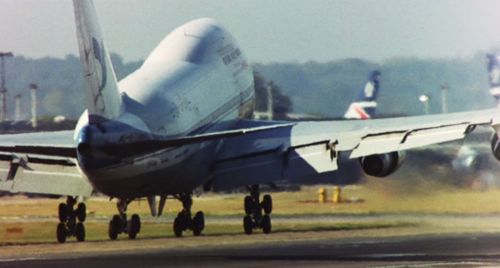 Seen throughout the police manhunt. 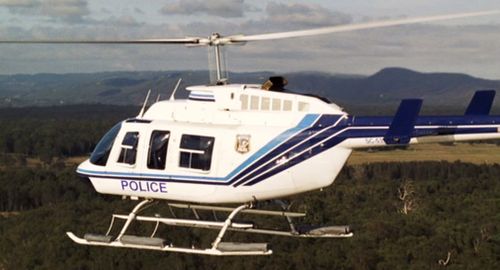 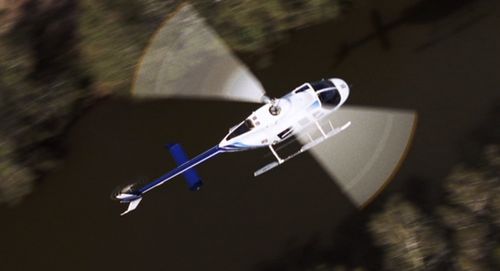 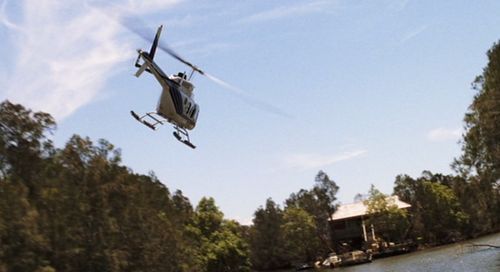 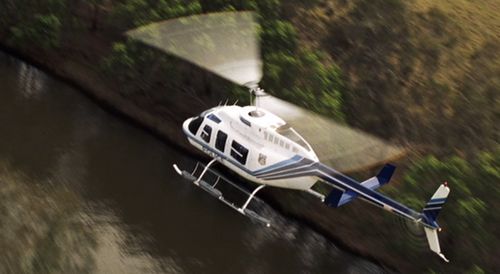