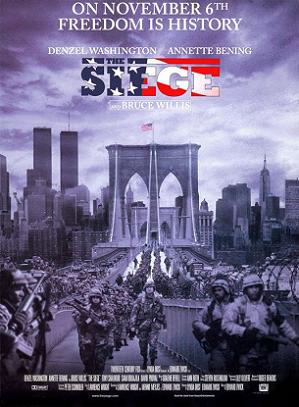 Theatrical poster for The Siege.


A series of terrorist bombings in New York City brings fear to the city and questions about the capability of local law enforcement to handle the situation. The Army is sent into Brooklyn to enforce martial law whilst the FBI and 'associates' must find those responsible and bring peace back to the streets.

Both the standard version and 'LongRanger' version can be identified.

Hidden in the foreground, and also in the far back.

Seen in a news report.

Seen in the backgroung at the makeshift army base (left). 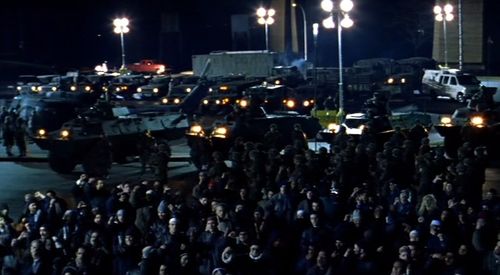