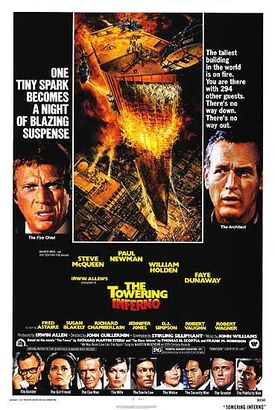 Faulty wiring in a recently opened Glass Tower, a San Francisco skyscraper, starts a fire on the eighty-first floor, trapping several people on the floors above it. The fire department races to control the fire and rescue the trapped innocents.

Rescue helicopters in false US Navy livery used for multiple purposes throughout the movie. One crashes on the rooftop heliport during an aborted rescue attempt. Another is used to lower a stranded glass elevator filled with people safely to the street.