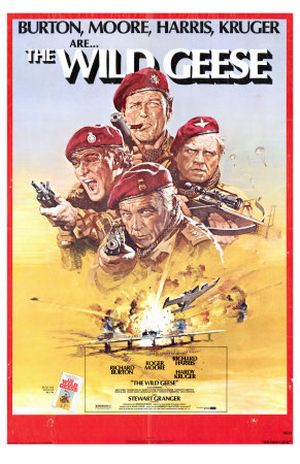 A British multinational seeks to overthrow a vicious dictator in central Africa. It hires a band of (largely aged) mercenaries in London and sends them in to save the virtuous but imprisoned opposition leader who is also critically ill and due for execution. Just when the team has performed a perfect rescue, the multinational does a deal with the vicious dictator leaving the mercenary band to escape under their own steam and exact revenge.

Arrival of Col.Allen Faulkner in London. 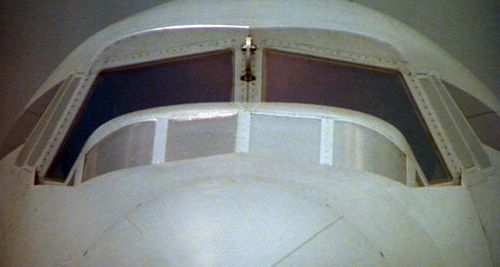 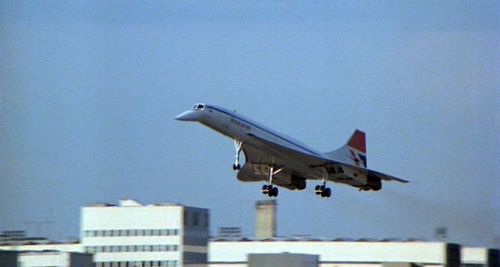 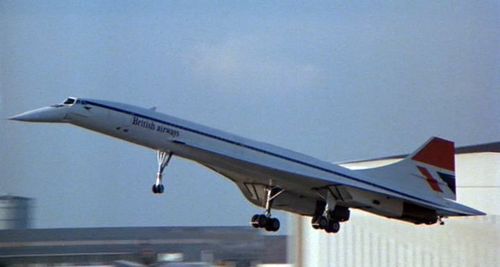 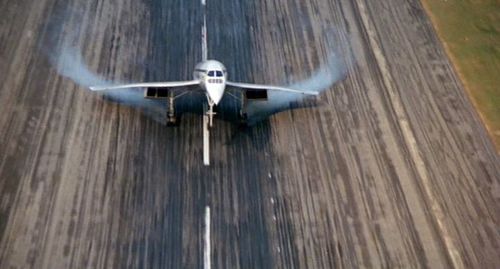 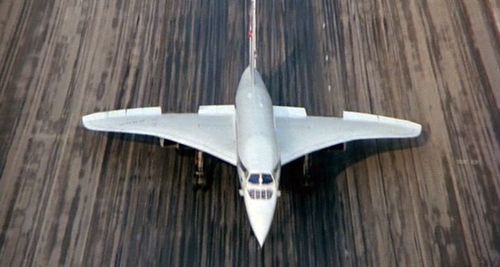 The aircraft used to drop paratroops mercenaries over the country were they’ve been sent for rescue of the imprisoned opposition leader. The Hercules comes back for the return to Europe of the mercenaries after this successful mission, it lands but immediately takes off, leaving there the band, with the dictator’s army on the heels.
South African registration ZS-GSK, c/n 4385. 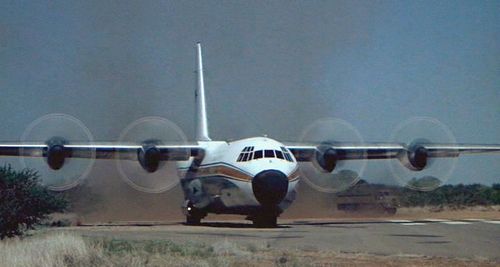 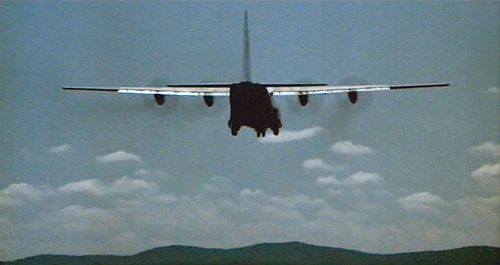 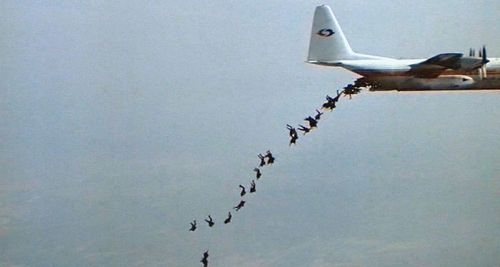 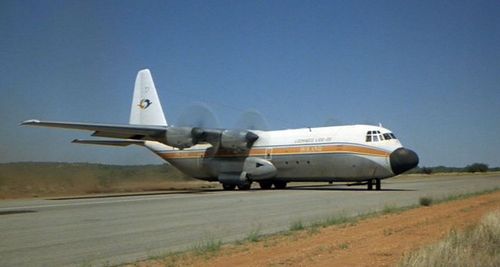 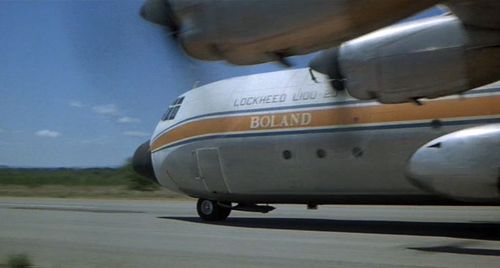 This Cessna is used as soil-attack fighter against the mercenaries troop. 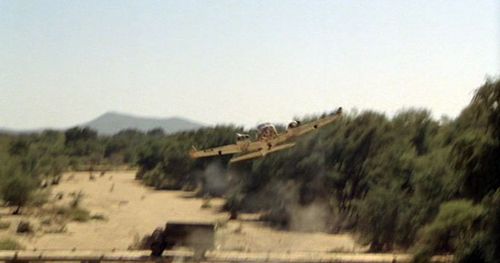 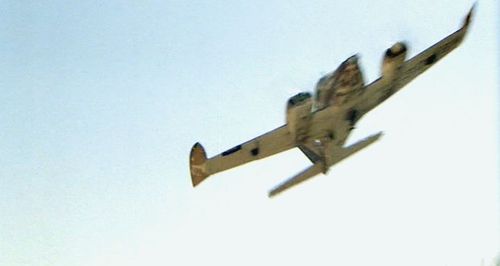 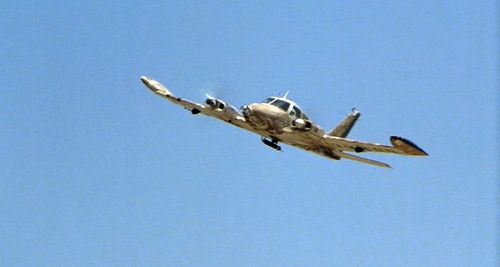 Finally some of the mercenaries can escape with the opposition leader in this all-bust DC-3.
Registration ZS-UAS, c/n 6154 built in 1942. Built for the USAAF with serial 41-38695. 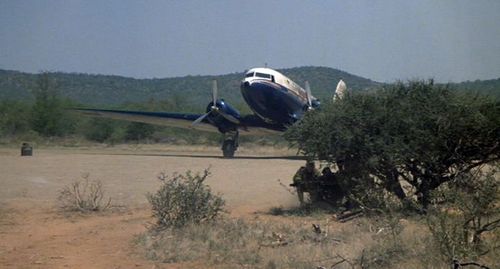 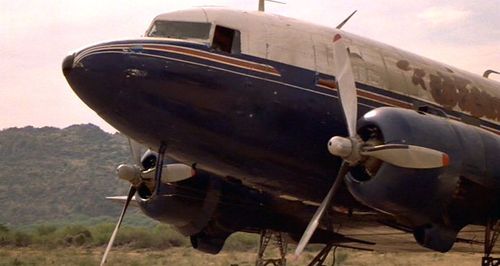 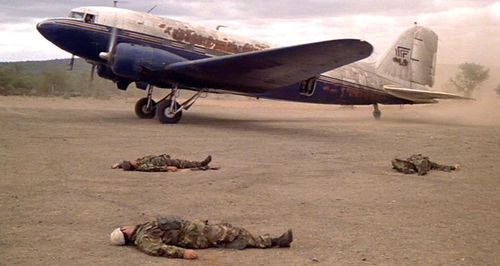 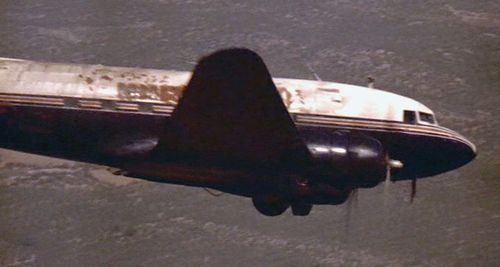 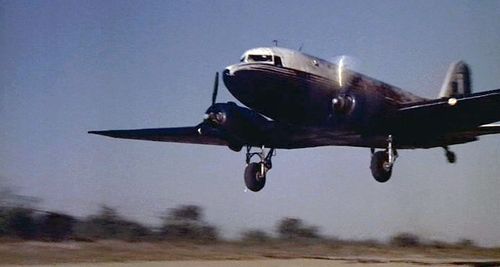