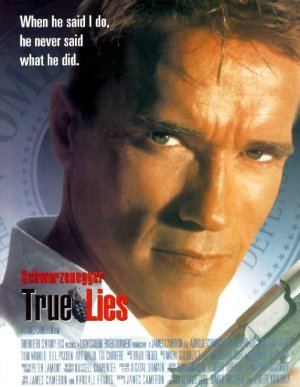 Harry Tasker is a deep cover government agent, who struggles to balance both his work and family. However when one case requires a lot more than he bargained for both work and family merge into one.

Passenger jet. Harry flies back to Washington from Switzerland aboard it.

Takes the captured Harry and Helen to the Crimson Jihad's island. Later, it engages in a midair battle with Harry's Harrier and is destroyed when Harry fires a missile (with Aziz hanging onto it!) into it. Reg. N5774J (now belongs to an AS350D AStar).

Gib shows up in this helicopter to "save" Harry. Used by him and Harry to direct the actions of the Harriers. Reg. N2768N. 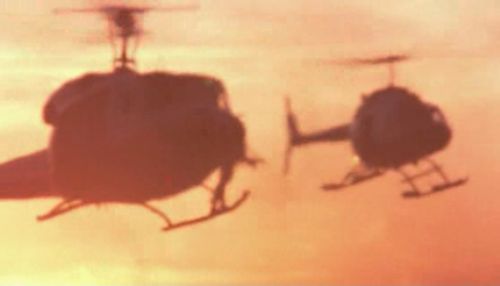 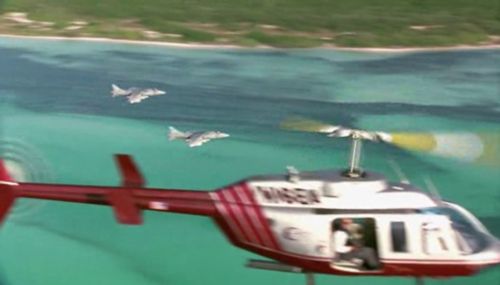 Two of these are used extensively near the end of the movie. First, the Marines use them to take out the Crimson Jihad trucks, directed by Harry and Gib from their Bell 212, and later Harry commandeers one and uses it to rescue his daughter. WP-03 has Serial 163206 and WP-16 has serial 162946.