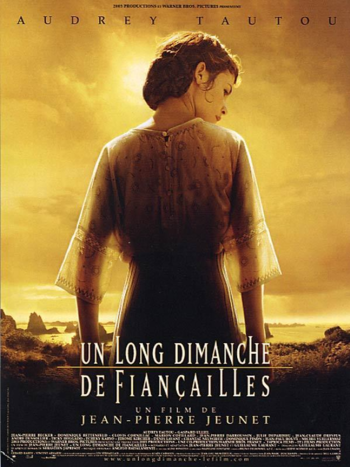 Mathilde and Manech are friends since their youngest days. They eventually become engaged when the Great War calls Manech to his duty. But when Mathilde reads the death of Manech, she knows it's wrong despite the lines written by the War Ministry. She starts an enquiry, meeting all the infantry men that could have fought alongside Manech.

The rudder looks like to the Breguet XIV's one because the aircraft was used some years before to act in this role. 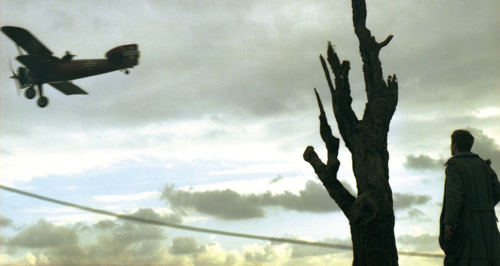 What seems to be a mock up of a crashed Fokker (which one ?).

Computer Modified Image of the Airship Hangar at Meudon which is closed to public due to poor state but under restoration. Look at the discussion tab.

A dirigible (red circle) is seen flying over the Trocadero Palace (1878-1935).
Despite action takes place in the aftermath of the World War One, this dirigible has a shape like those of the thirties (Dixmude and Méditerrannée -of the twenties- don't suit well).