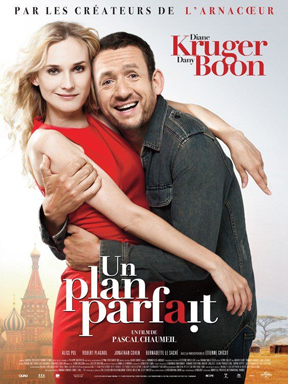 A successful woman in love tries to break her family curse of every first marriage ending in divorce, by dashing to the altar with a random stranger before marrying her boyfriend.

CGI (Computer Generated Image) with some errors : for example, the engine cowlings seems those of a Lockheed Constellation which has been fitted with contra-rotating propeller. Tupolev Tu-95 MS usually are fitted with a refueling probe on the nose too.

Looks like a TUI logo on the seats, but which airline and what aircraft?