Voyage to the Planet of Prehistoric Women 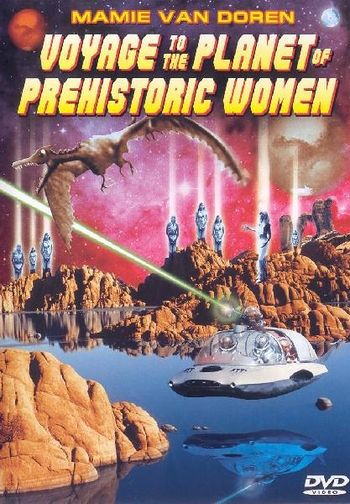 Voyage to the Planet of Prehistoric Women DVD cover.

In 1988, a space vessel VEGA is hit by a meteor and all onboard is lost. Quickly a first rocket is sent to discover what happened. Itself damaged by a meteor, it landed in emergency on an unknown planet (Venus ?). Another rocket is sent to rescue the unfortunate crew and lands safely on this strange planet.

Yes ! a model of the XB-70 bomber acting like a future spacecraft ... with USAF title (instead the more suitable NASA one). 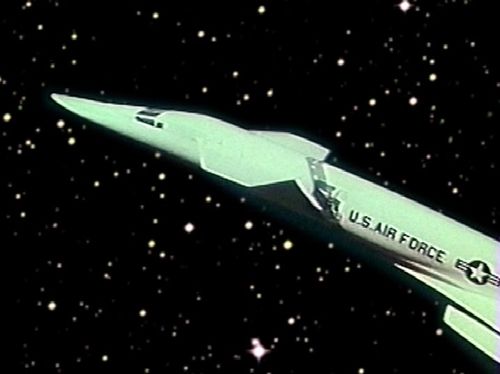 or Boeing CIM-10 Bomarc or Hound Dog (minus the forward control surfaces) ?
Two takes don't display full shape and so, it's hard to guess exactly which project is used to suggest a future space vehicule. In fact the V-tail is different of the three sugggested pattern. 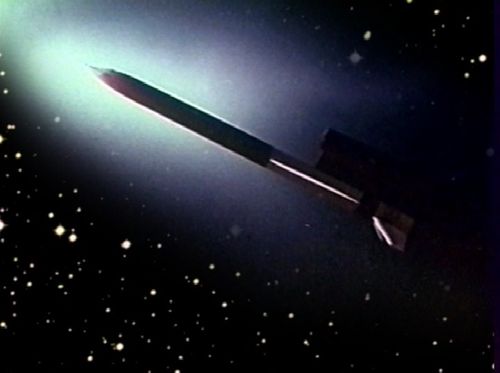 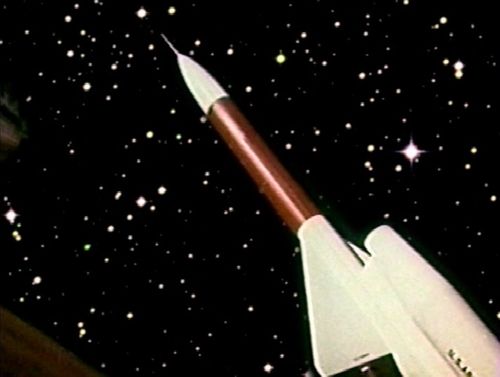 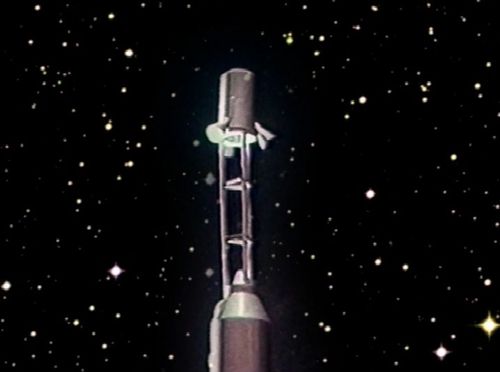 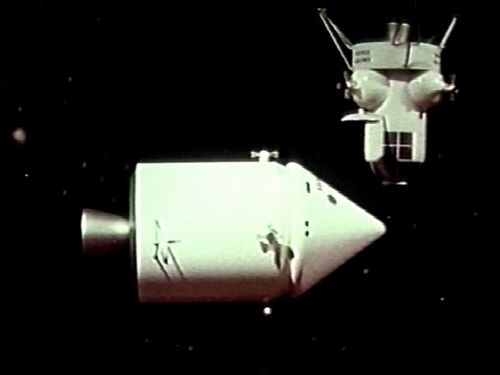 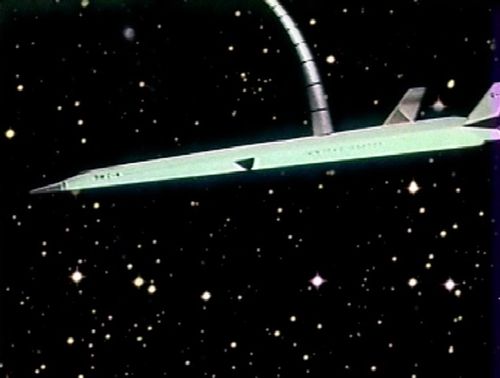 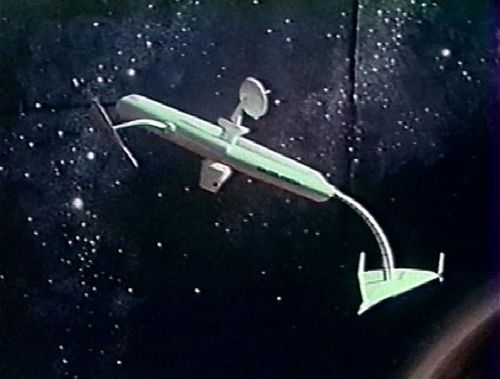 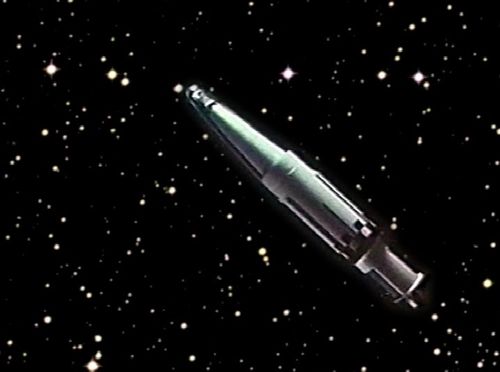 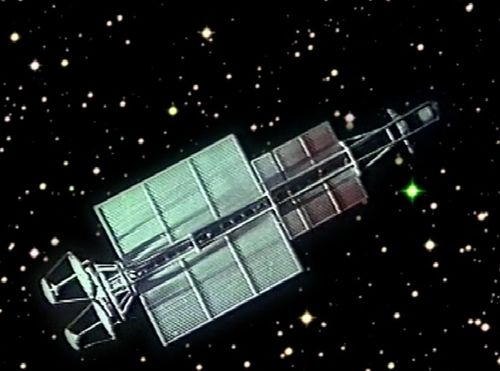 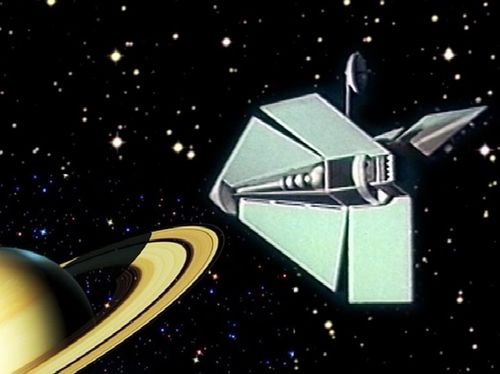 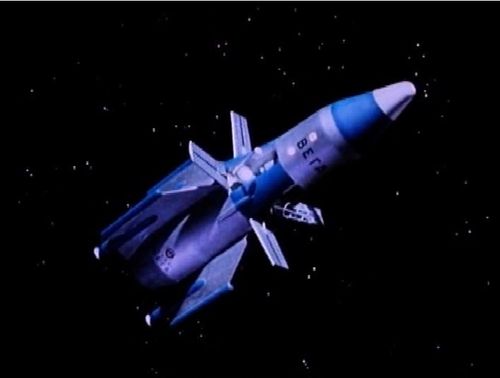 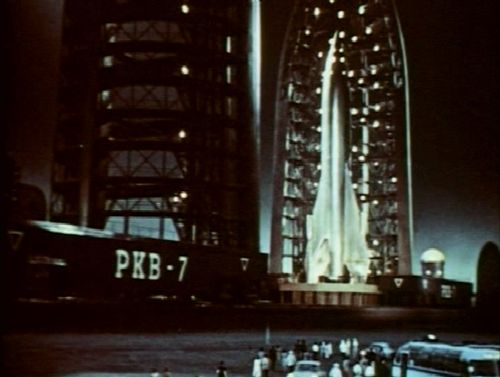