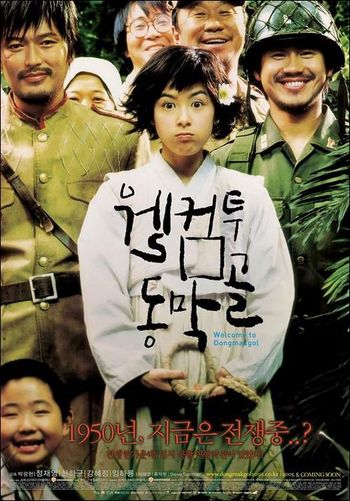 The story is set in Korea during the Korean War in 1950. Soldiers from both the North and South, as well as an American pilot, find themselves in a secluded village, its residents largely unaware of the outside world, including the war.

HV was the tactical code of the famous 56th Fighter Group over Europe during World War 2 but this unit which quickly switched to jets once Peace was gained, was never sent over Korea.
And skies of Korea never seen Thunderbolt in action in 1950.

Night raiders are a composite formation of imaginary P-47s and anachronistically B-29s as the tail marking (A) refered to 73rd Wing, 497th Bomb Group at VJ Day ! In fact, this Wing was inactivated between 1949 and 1957.