A single CH-47J was used to transport Baby Godzilla to the Ogasawara Islands as part of a plan to have Godzilla be lured there so Mechagodzilla could kill him with the G-Crusher. This plan was ruined when Fire Rodan arrived and destroyed the helicopter to rescue Baby Godzilla. 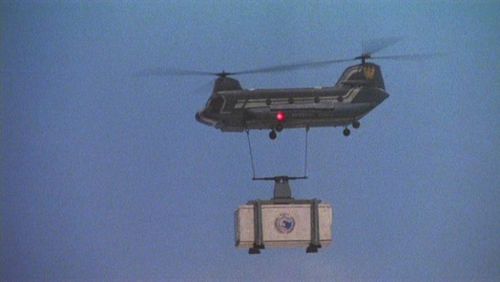