A Far Off Place 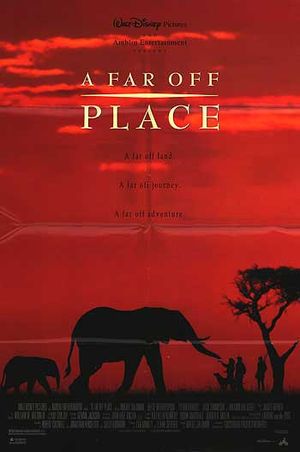 A Far Off Place movie poster.

Two children in Africa witness the murder of their families by poachers and with the help of their Bushman friend, escape into the wilderness with the killers in pursuit.

This plane is used by the poachers in their first attempt to kill the children from the air. Registration Z-WLK.

Used by the game wardens to search for the children and later to fly out to the mines where the poachers are storing elephant tusks.

The poachers use this helicopter in their second attempt to kill the children. It flies into a sandstorm, but escapes unharmed. Registration ZS-HAJ, serial 3504. Same aircraft in other works at IMPDb: Frequently Seen Aircraft.

Nonnie leaves at the end in this plane. Registration Z-WMB.