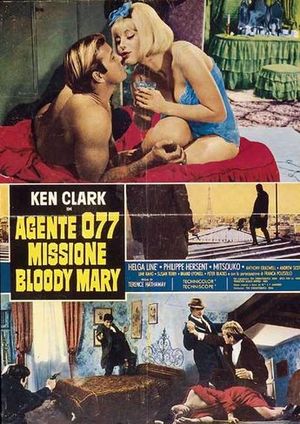 The first Euro-spy of 3 that Ken Clark as Agent 077 starred in the 60's. Mission Bloody Mary is the search and destroy mission to retrieve a Nuclear Bomb from a radical crime syndicate called the Black Lily. The European answer to the Bond films in the 60s makes this title a must see for spy enthusiasts, cool gadgets, beautiful women, exotic locations, with smart criminal masterminds, WOW!