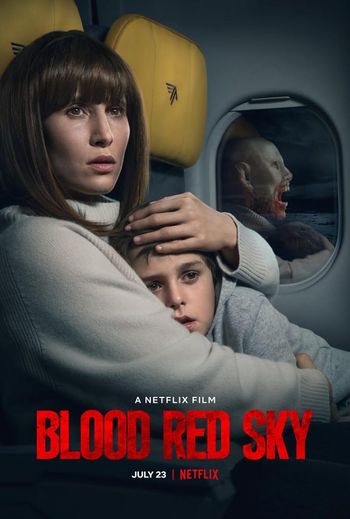 Nadja and her son Elias are boarding a night transatlantic flight. She hopes an American doctor can treat his disease. A big terrorist team is hijacking the airliner et turns it back to Europe. Nadja is seriously wounded when she was protecting her son. Despite this, it is the beginning of her revolt and the fight that will reveal her as she never imagined herself.

Eurocopter EC135 or (from January 2014 on) Airbus Helicopters H135 ?
Hard to say it about this anonymous helicopter ...
Landing at a "RAF airbase, Scotland"; some building wearing the name of the fictitious "RAF Drybridge" which doesn't exist (there was a former RAF Balado Bridge in Scotland, closed in 1957. The runways were used for a music festival (until 2016) and then by 20 poultry farm buildings !).

The control tower in disguise is from Poprad (Slovak: Letisko Poprad-Tatry / IATA: TAT, ICAO: LZTT) as like as the moutainous landscape.

Nota : departing from Frankfurt am Main but this sighting is the Flughafen Düsseldorf (despite being the third German airport, from March 2013 : Düsseldorf Airport -former Düsseldorf International Airport- IATA: DUS, ICAO: EDDL) 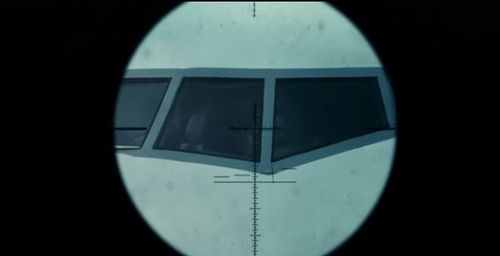 What about the plan ? 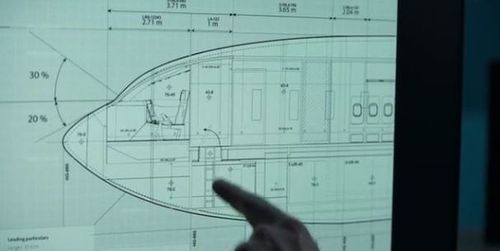 Inside the glass cockpit, with only two throttles !
Something like a mix of a (loosely) Boeing 777 cockpit with the side-stick of the Airbus family ? 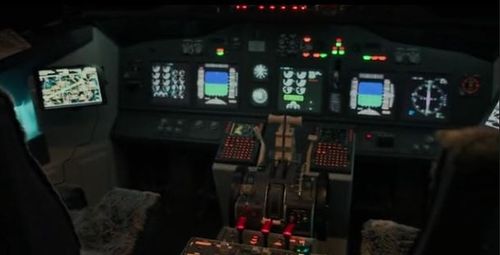 In the background when Flight TA473 is taxiing we guess (left) the black shape of a high-wing aircraft (An-124 ? the horizontal stabilizer is low...) and (right) an airliner with the fictitious AERO title.