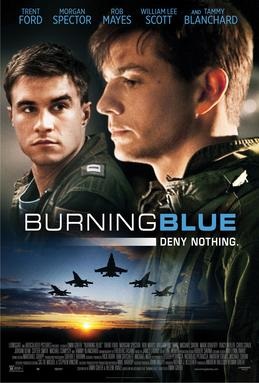 Two Navy fighter pilots find themselves in the midst of a forbidden relationship throwing their lives and careers into disarray. 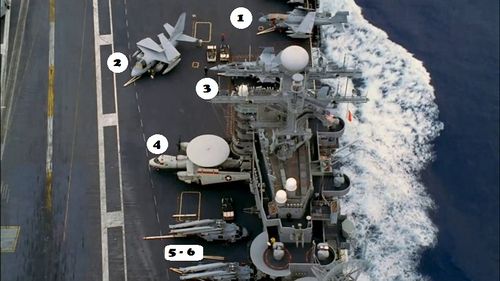 Same aircraft with a Grumman F-14 Tomcat in the foreground with the NG tail code of Carrier Air Wing Nine and VF-211 Fighting Checkmates. This stock footage dates back to 2004 or before. (right) Other aircraft are McDonnell Douglas F/A-18C Hornet. Near the F-14, a Hornet with VFA-146 Blue Diamonds insignia on its vertical stabilizer.
VF-211 and VFA-146 CVN-74 deployed on USS John C. Stennis between 2000 and 2002. 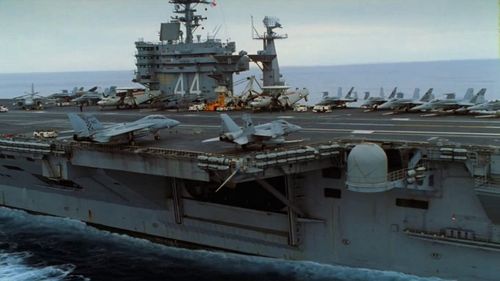 Hornets with tail code AB of Carrier Air Wing One (CVW-1) and a red lightning on tail. 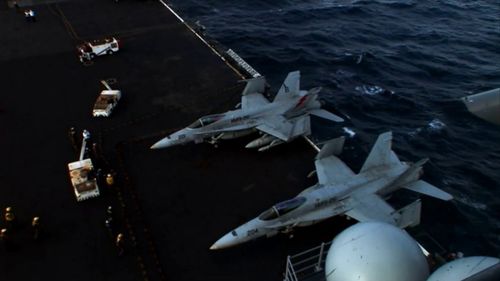 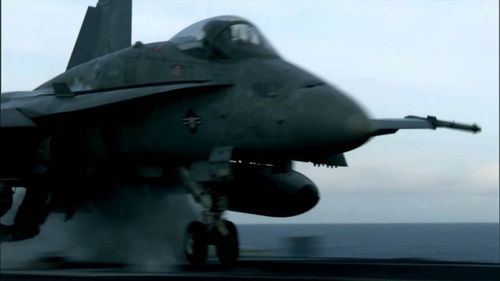 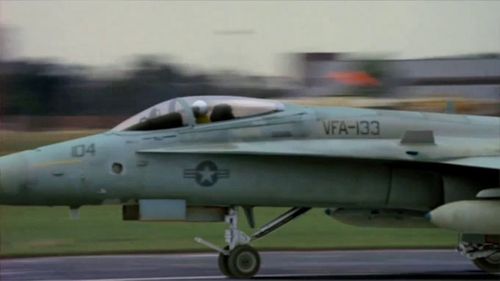 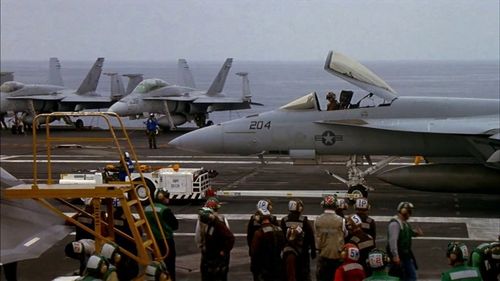 Unlucky screenshot where the Boeing E-3 Sentry is hidden by the Canadian CF-188A Hornet taking off. 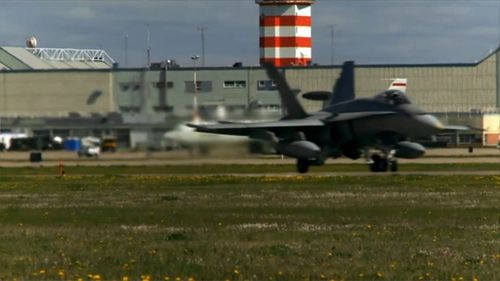 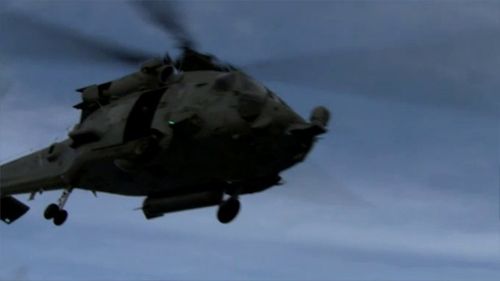 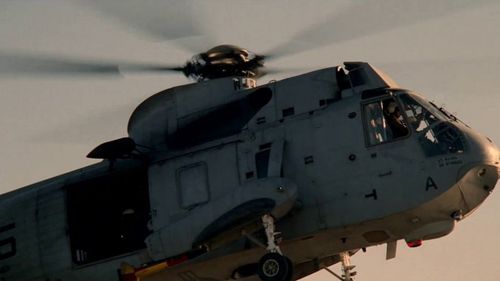 Please note the Lockheed S-3B Viking, a type decommissioned on 2009 but here with an old bright paint scheme of the eighties.
Two grey Northrop Grumman EA-6B Prowlers are guessed behind the Sea King tail rotor and on the left edge of the screenshot. 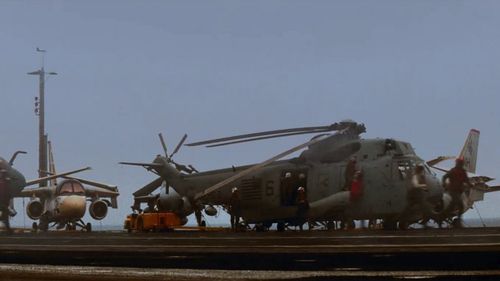