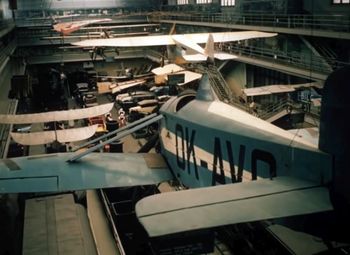 The Avia BH-10 was a single-seat aerobatic sports plane built in Czechoslovakia in 1924, based on the Avia BH-9, which was in turn developed from the BH-5 and BH-1. It was easily visually distinguished from the BH-9 by the tall anti-roll pylon added behind the open cockpit in order to protect the pilot in the event that the aircraft flipped over or crashed while inverted. At least 20 examples were bought by the Czechoslovakian Army as a training aircraft and operated under the designation B.10.

This page contains all films, TV series, and video games that feature the Avia BH-10.