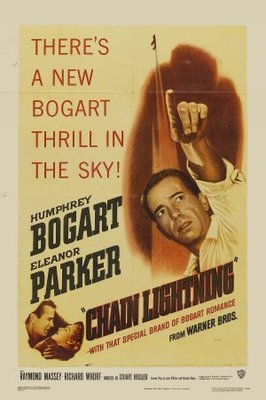 Matt, a former B-17 captain, is now instructor in his own flying school. But a student breaks his only plane. Then, he meets Jo, a former WAAF he loved in England in 1944; as secretary of the CEO of the Willis Aircraft Corporation, she gives him the chance to become the test pilot of the newest rocket plane. 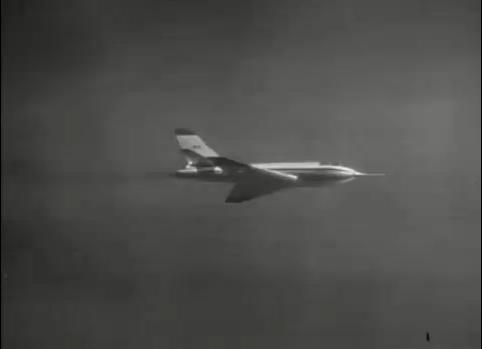 or through non flyable mock (built from a P-39). 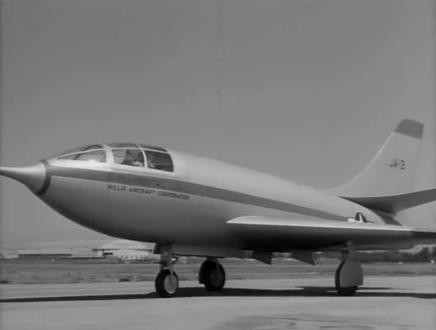 The undercarriage is clearly that of a P-39. 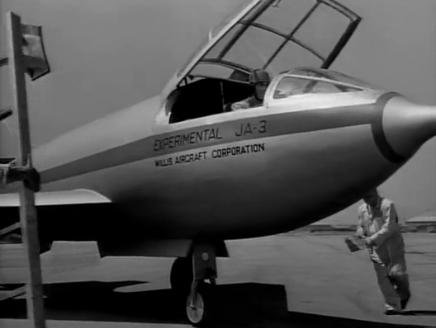 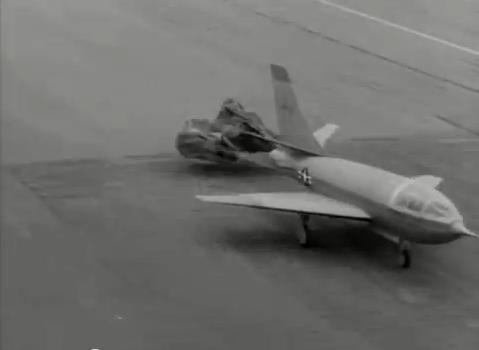 This fictionnal aircraft has an escape crew capsule, something rarely seen in aviation (and never at the time of the movie). 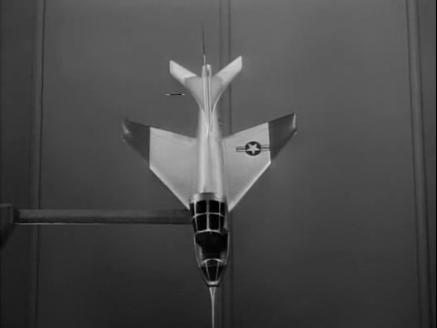 Ejection seen during a test in the wind tunnel.

Seen from the soil and playing the flying JA-3. 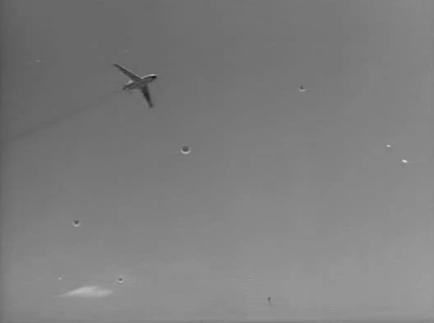 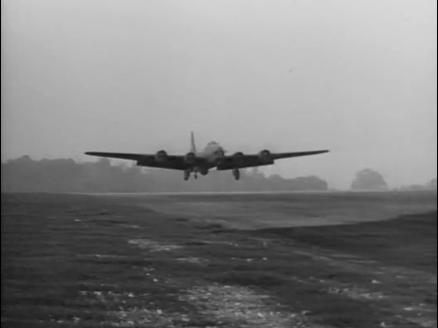 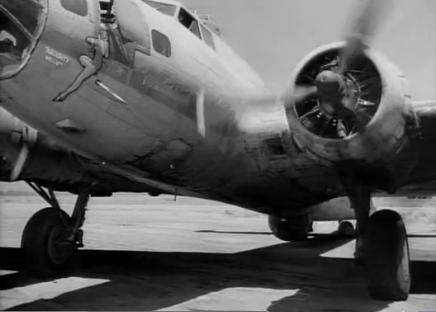 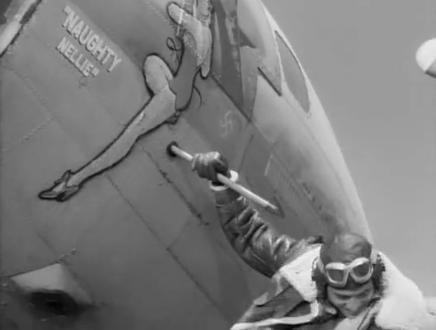 Later, graveyard of Flying Fortresses (scene taken from the 1946 movie The Best Years of Our Lives). 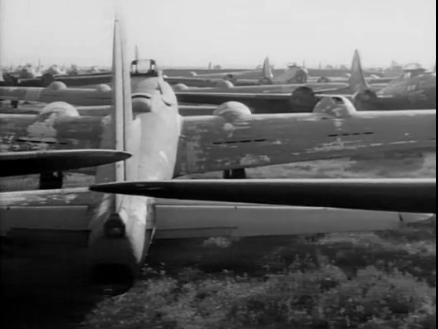 A glimpse showing an exploding Bf 109. 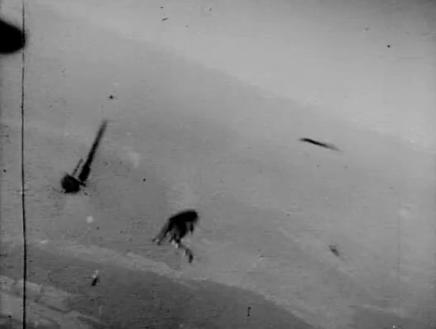 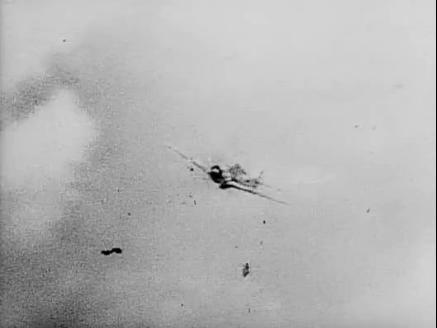 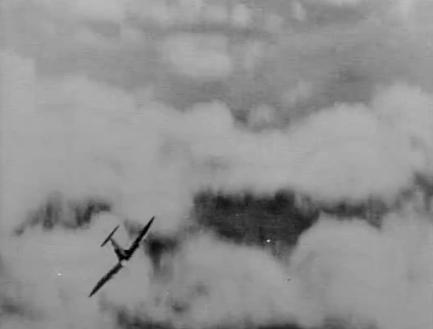 Messerschmitt Me 163 B-1 Komet 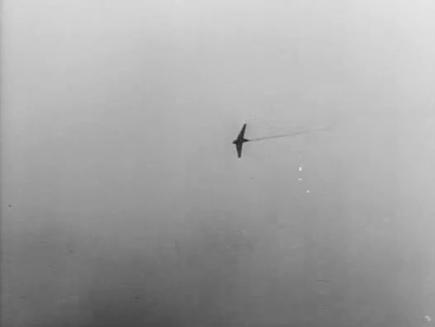 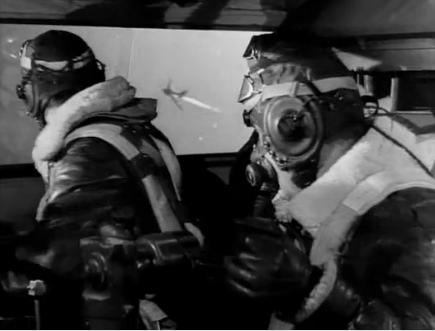 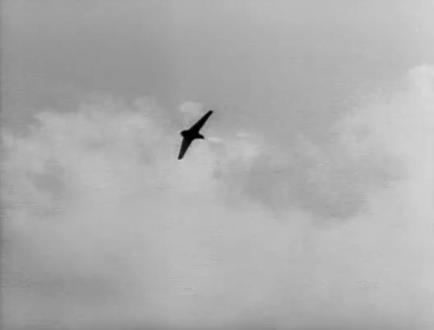 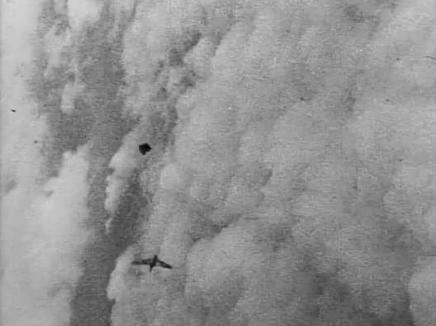 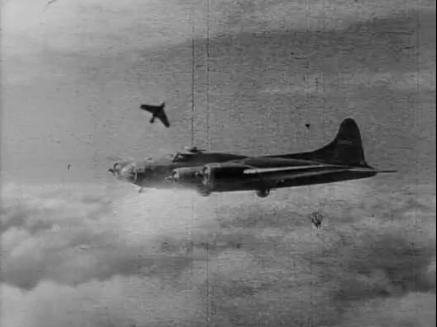 A model B-17 put in front of a camera gun footage ?

On the wall, a poster of Churchill with the slogan : let us go forward together.
This displaying tanks and Hawker Hurricanes. 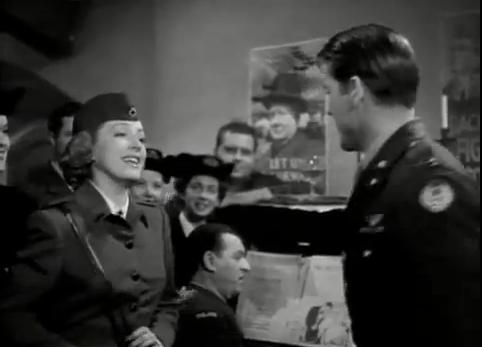 According Wikipedia, the Stinson Flying Station Wagon is a derivative of the Stinson 108. 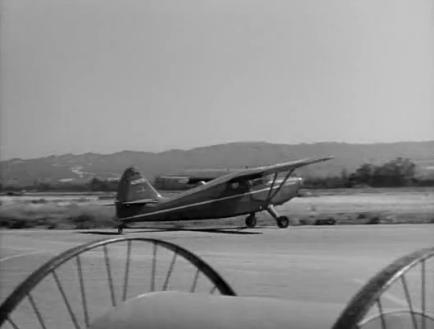 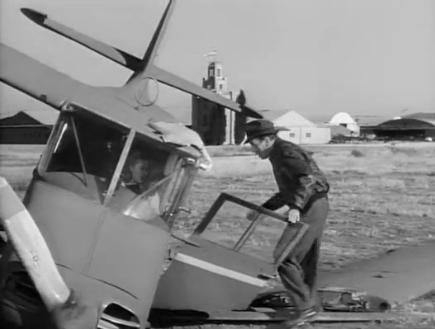 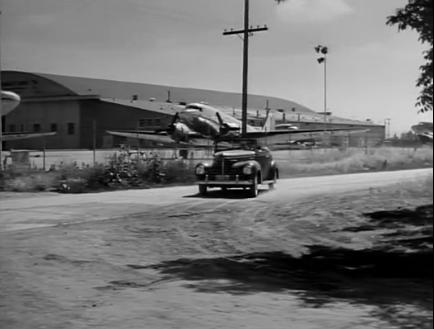 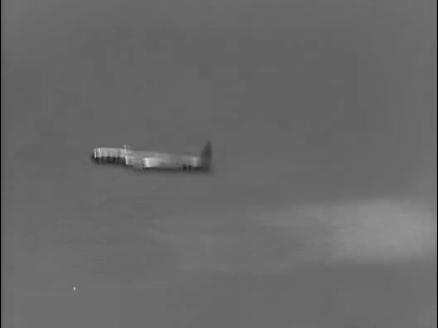 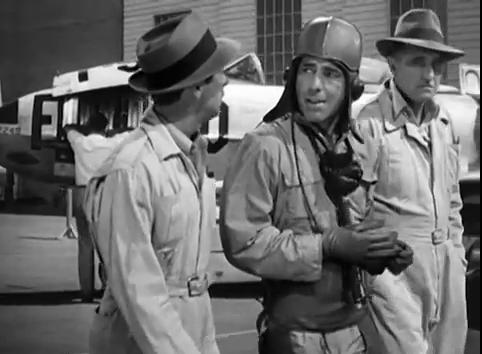 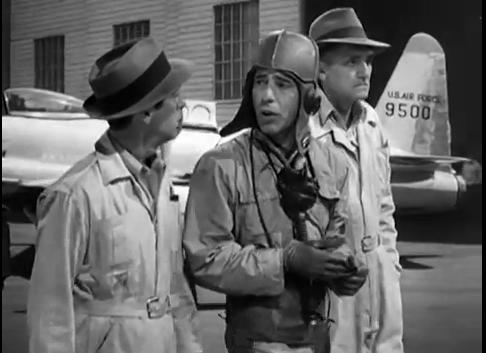 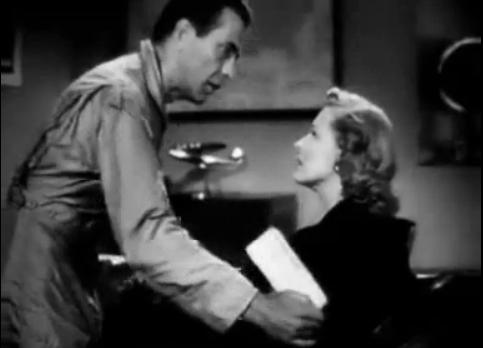 By position on wings to the fuselage, very likely a B-17 on the poster, at left. 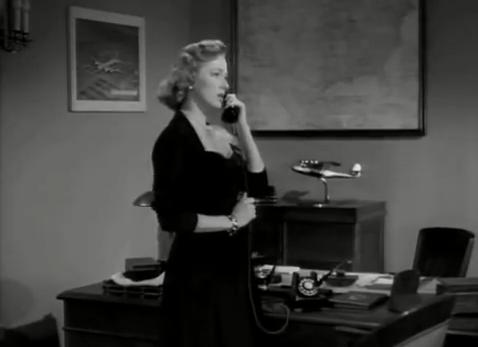 In the background, a Douglas airliner. A DC-4 would match quite well. 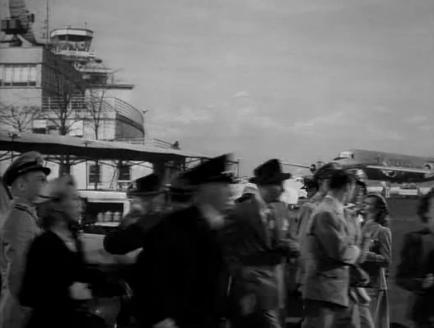 And now, a Lockheed Constellation of Eastern Air Lines, then should be a L-649. 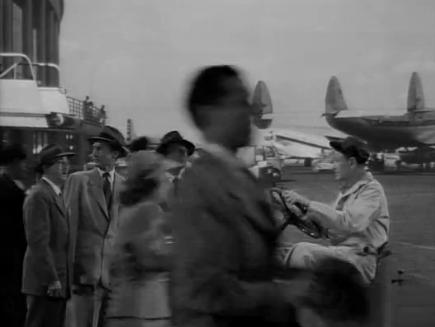