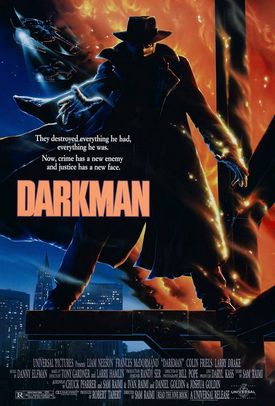 A scientist named Peyton Westlake, developing an experimental synthetic skin for burn victims, is attacked by a gang of mobsters on the pay of a ruthless industrialist, Strack, who burn off most of his skin. Recovering, Westlake uses his scientific knowledge to use the synthetic skin to make masks of his assailants to get revenge against the villains, becoming the vigilante "Darkman." 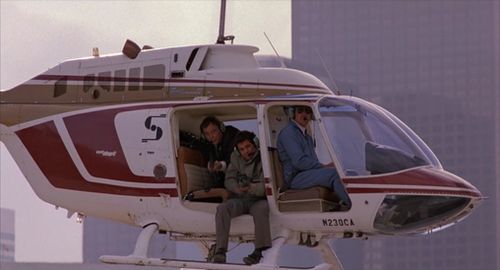 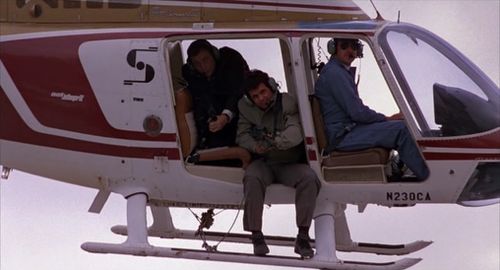 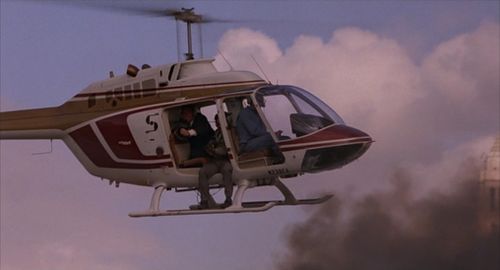 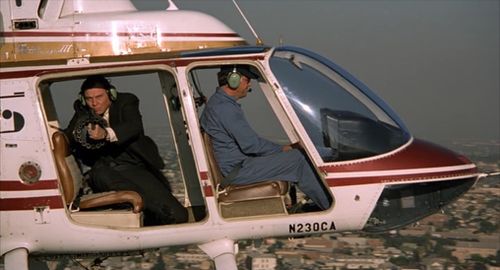 A police helicopter. Blown out of the sky by Durant. Registration N3604X, Serial 1201. 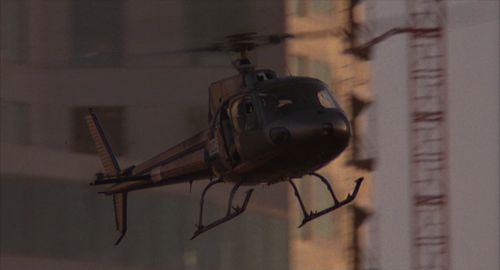 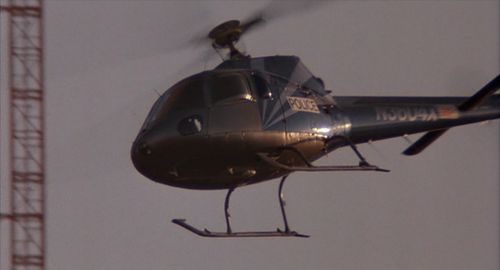 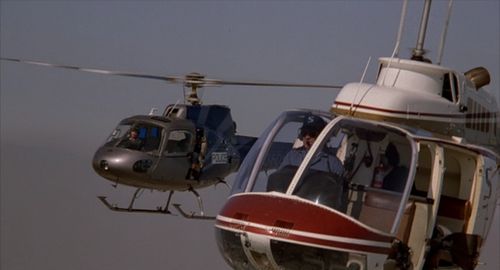 When the police helicopter is shot down, it changes from an AS350 AStar into a model of an AS355 TwinStar with a different (false) registration number, N139EH (which currently belongs to an Agusta Spa AB139). 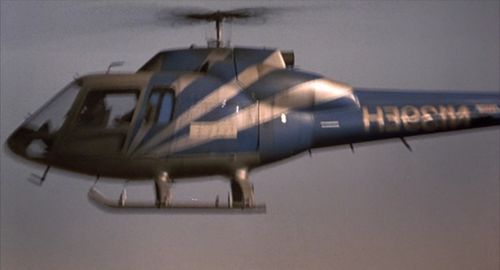 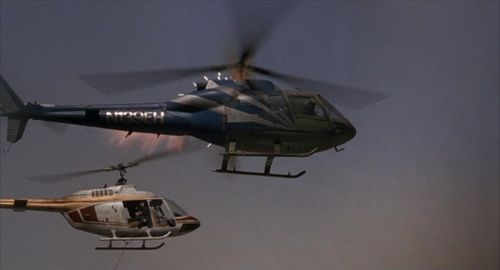