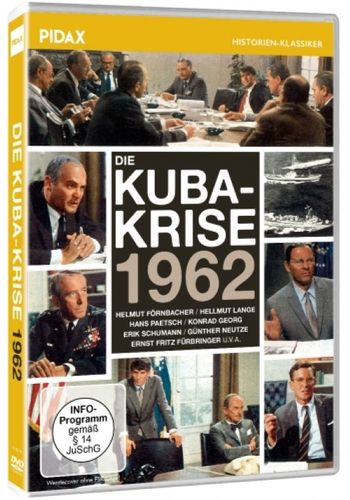 Serial Number (s/n) 56-6718 Lockheed U-2A. Used to monitor French atomic trials in the Pacific from Australian airbase in 1961/62/63. To Republic of China Air Force for the first time between February and May 1965. Again when she crashed into Yellow Sea on January 5, 1969, killing Maj. Hseih “Billy” Chang.
Same aircraft in other movies at IMPDb: Frequently Seen Aircraft (Military Fixed-Wing). 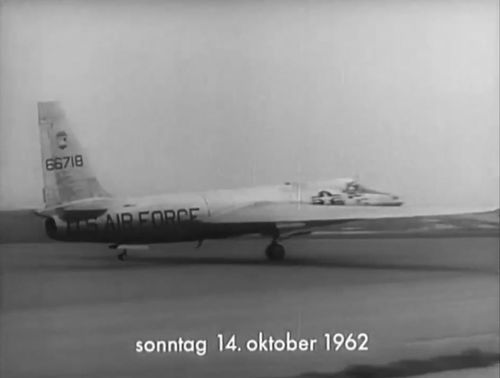 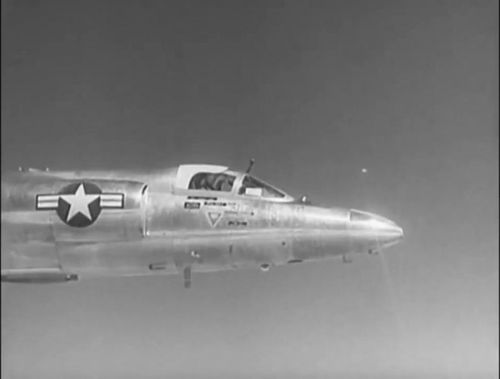 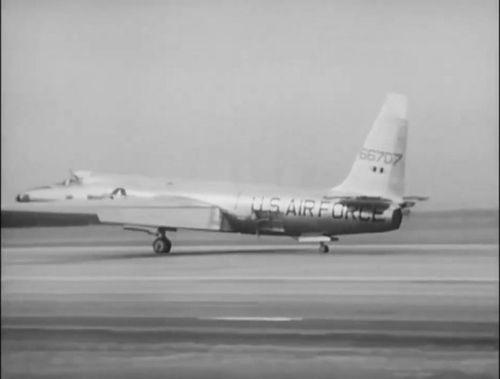 Sextant in front of the canopy on this Lockheed U-2A servicing by a mechanic mounting a new paper filter. Such device used for the High Altitude Sampling Program (HASP) (that was designed to sample the radioactive debris in the upper atmosphere) was removed past 1963. Those U-2A were converted for camera or electronic reconnaissance purpose. 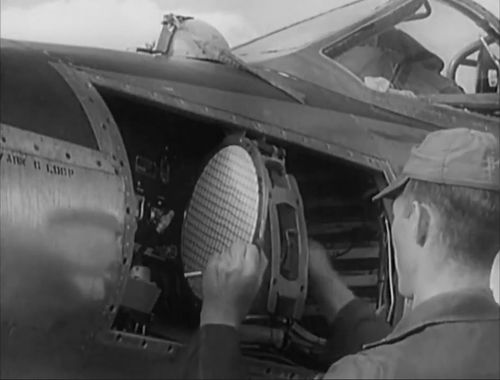 Particulates will be captured through this door in the front of the U-2's nose. 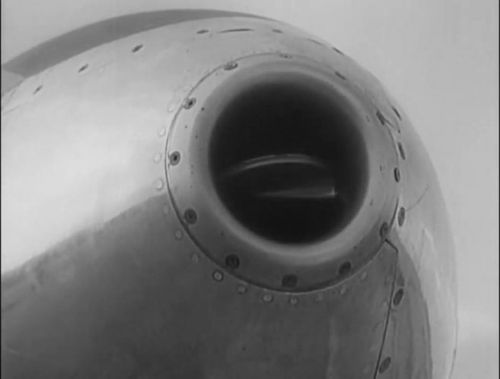 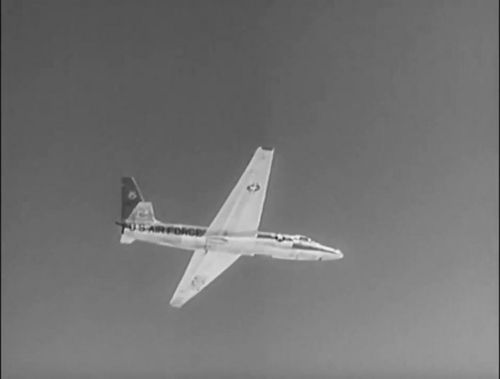 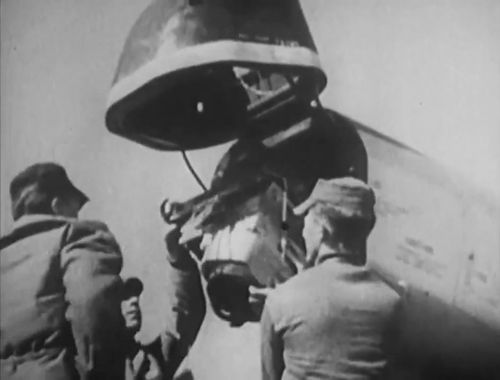 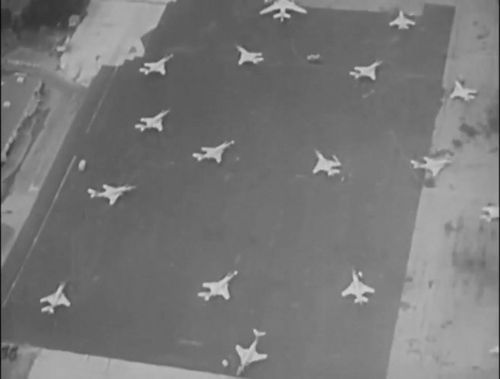 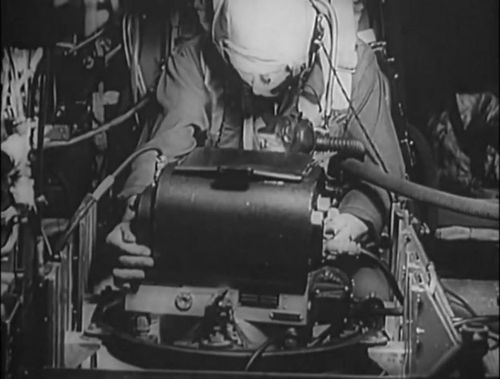 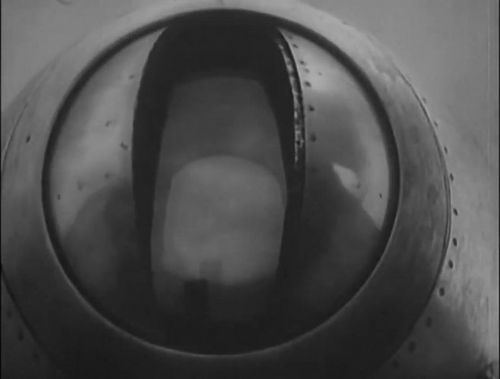 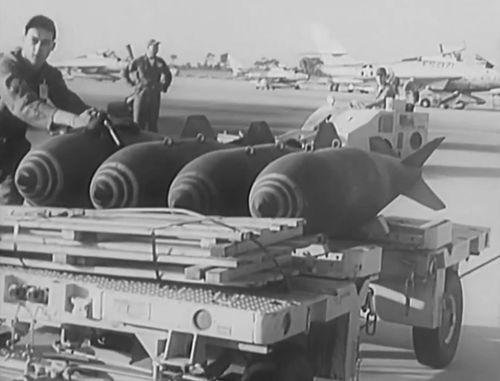 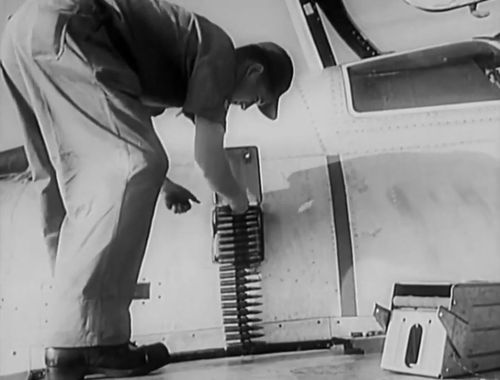 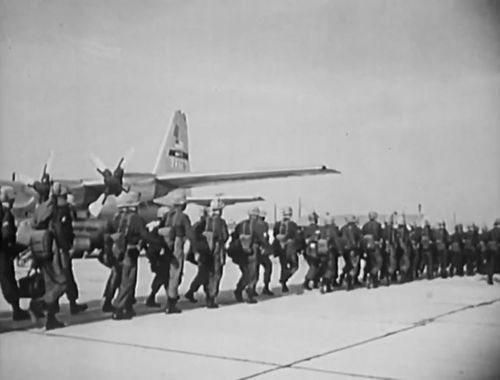 Awaiting the Lockheed C-141 Starlifter (first flight in 1963), MATS Stratolifters could be used for fast, long-range movement of large numbers of troops.
MATS was the Military Air Transport Service (1948-1966) and was consolidated with Military Airlift Command (MAC) (1966–1992) and later with the new Air Mobility Command (AMC) (1 June 1992 – present). 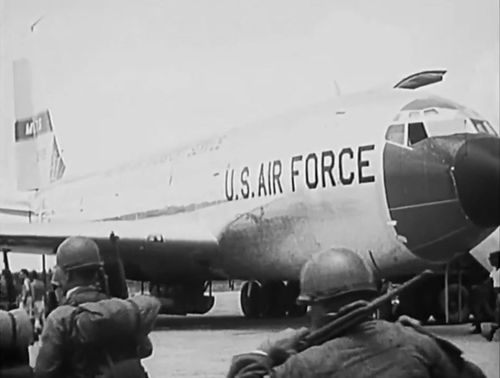 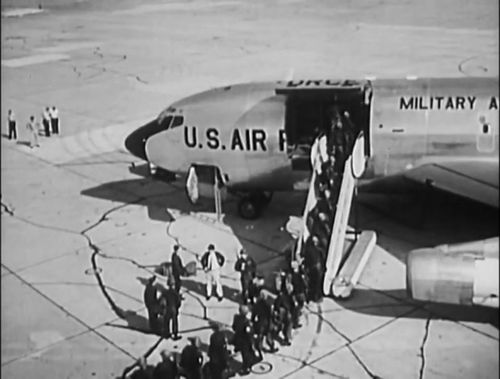 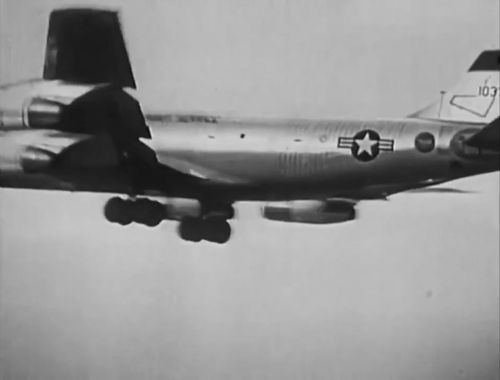 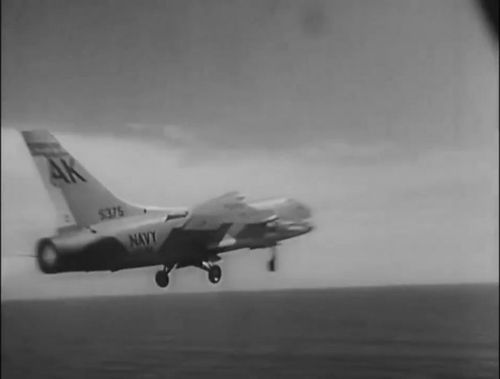 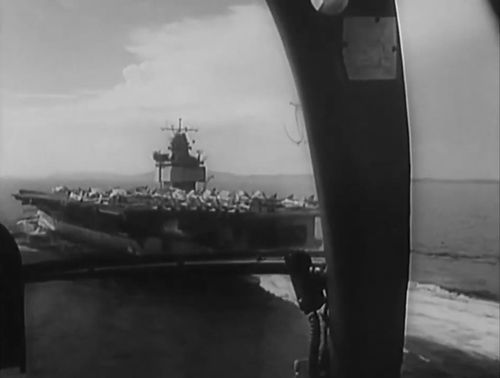 (left) Douglas A-4 Skyhawks and (center et right) Vought F-8 Crusaders and (background) Sikorsky HSS-1 on the deck of the other carrier. 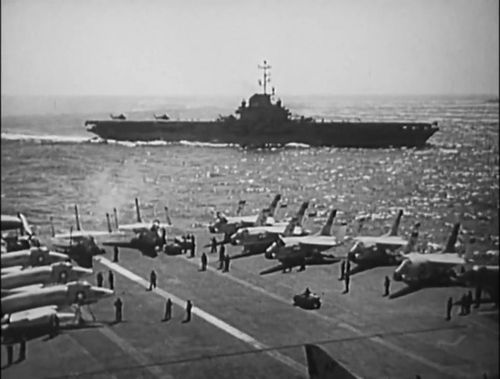 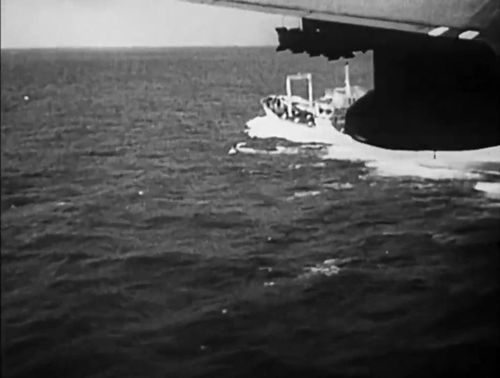 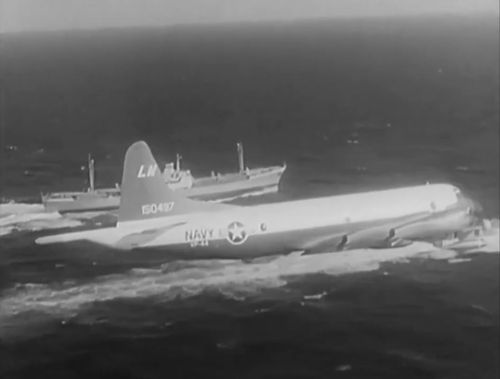 (left to right) Douglas A-4 Skyhawks and wing folded Douglas A-1 Skyraiders. We guess a Grumman E-1 Tracer (far right, under a lenticular radome with a horizontal black stripe on its edge). Near the front catapult of the USS Enterprise (CVN-65), some North American A-5 (or RA-5C) Vigilante and others unidentified jets. 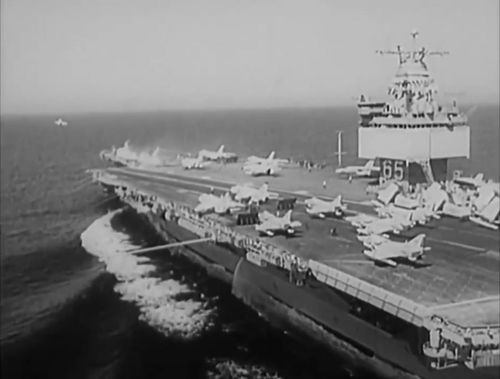 This footage will be used again in The Missiles of October.

Built as Douglas A4D-2N Skyhawk, this A-4C BuNo (14)8544 code 603 will be shot down by AAA over Haiphong, North Vietnam (pilot MIA / Missing In Action).
A sharp eye could see a North American A-5 (or RA-5C) Vigilante behind the Skyhawk (here completely hidden). 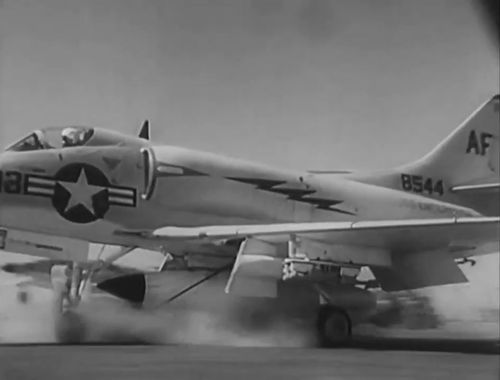 In 1962, a hundred B-52G with the short tail are flying alonside the tall tailed Stratofortress (variant B to F). These ones are the older ones type. 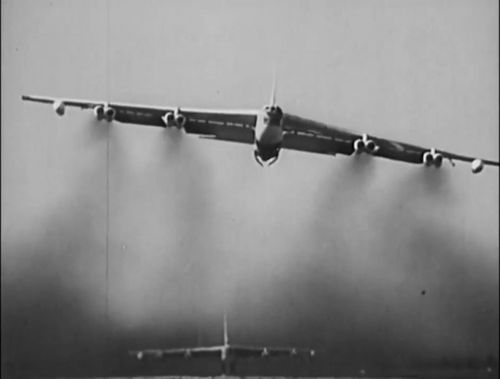