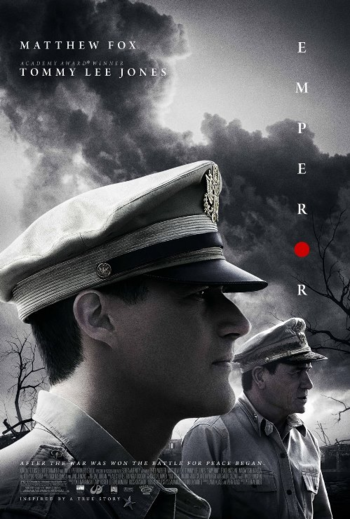 General Fellers is tasked by the General MacArthur to investigate the role of Emperor Hirohito in World War II, in order to establish whether he should be tried as a war criminal.

Loading Fat Man (or a copy during former training flight).

Mostly a CGI/CMI of Bataan II, the personal plane of General MacArthur (the first of the name was a Boeing B-17E). Cabin view is incorrect.