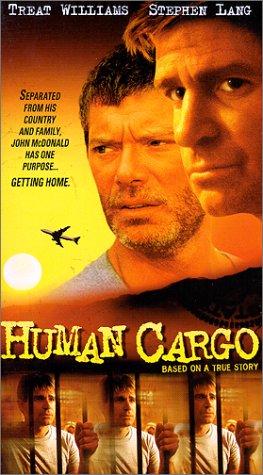 An American entrepreneur is closing a deal in Saudi Arabia in 1977. After a fallout with his influential Saudi partners, they have him arrested. Due to the US policy of noninterference in SA, the embassy won't help him. He must escape.

Registration RA-11115, c/n 01348003. Some sources list it as a An-12TB.
Might have been operating with Aerofreight Airlines at the time this was filmed; kept the Donavia tail logo during its service with this cargo airlines. 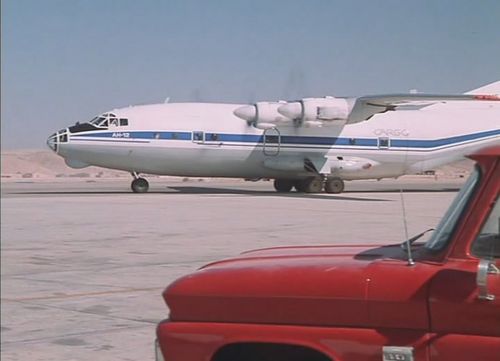 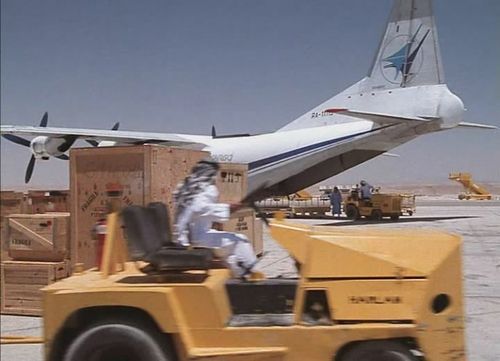 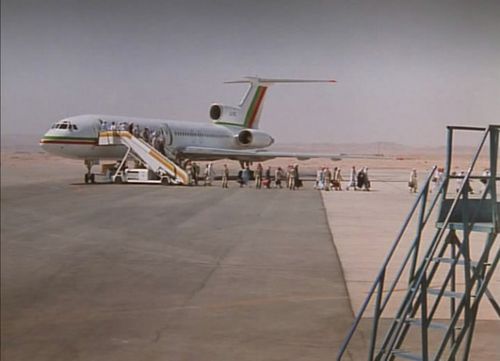 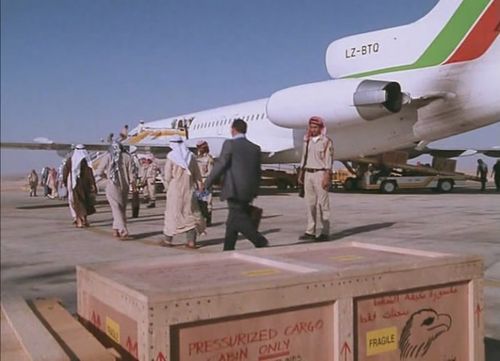