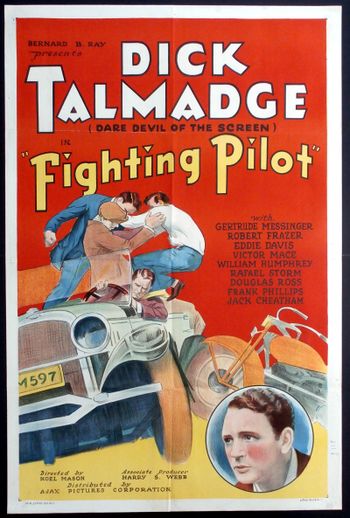 
Mr Reynolds develops a new type of aircraft. A crooked businessman attempts to buy it but the inventor refuses to sell it to him. The rejected businessman and his henchmen then steal the blueprints and the plane which is the starting point for Hal and Berty to chase the bad guys to recover Reynolds' property. 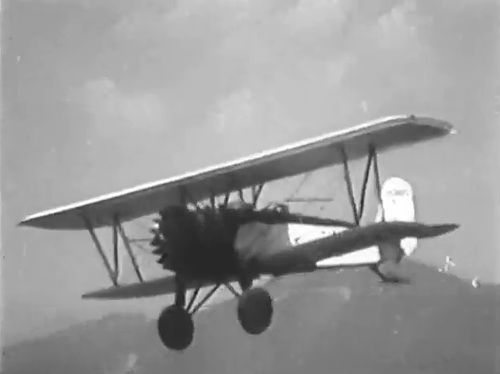 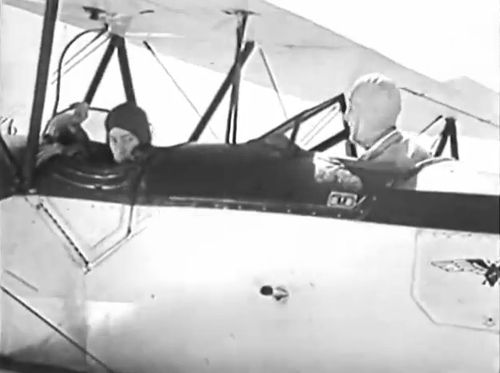 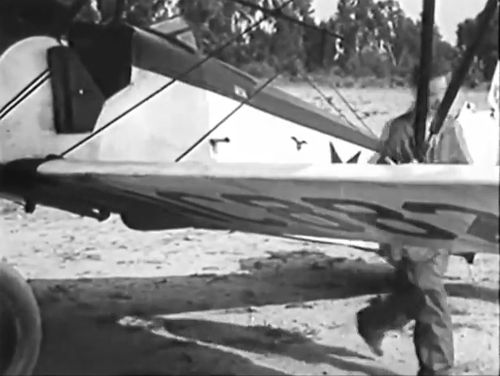 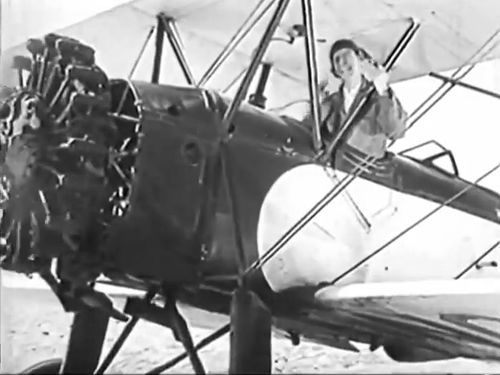 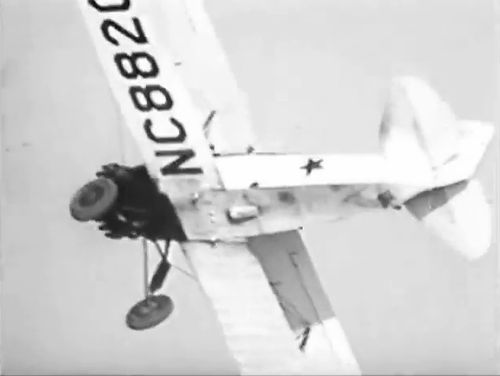 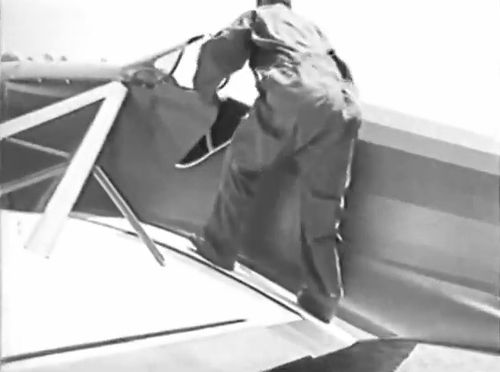 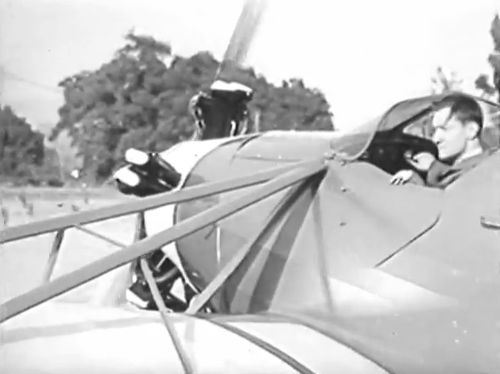 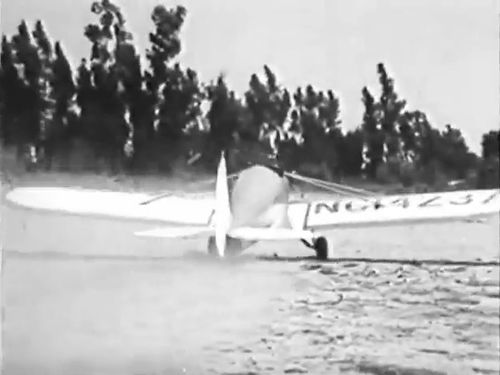 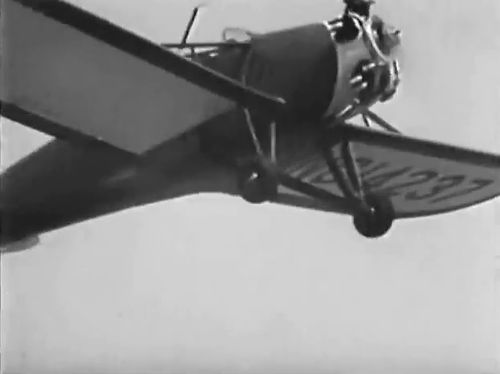 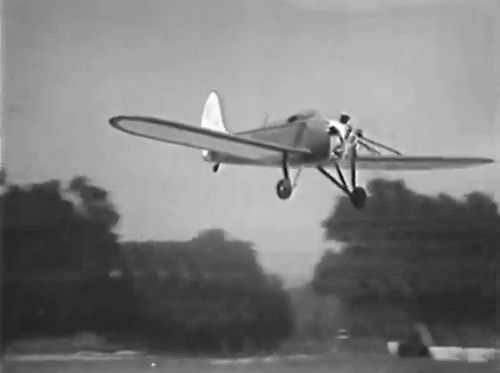 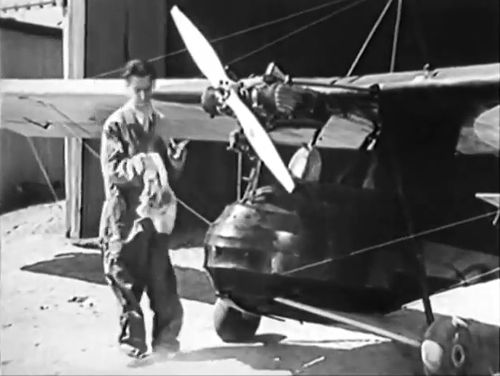 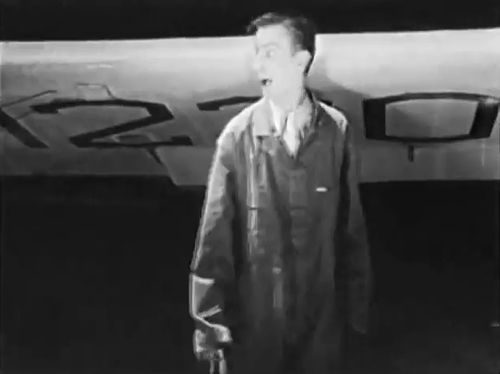 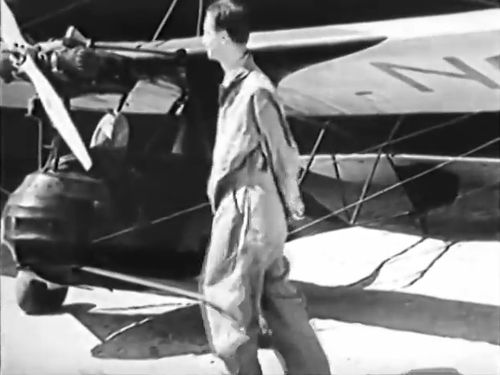 As Hal is testing the new Reynolds (in fact the Kinner Sportster), Berty fails to take off the Cycloplane then finds a catalog : "Air Associates. Aviation supply catalog n°16. 1934". The plane on the front cover is a Lockheed Vega. 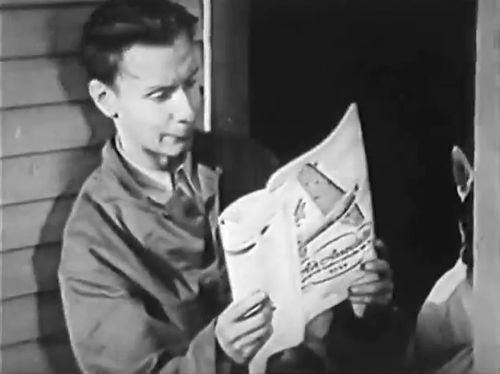 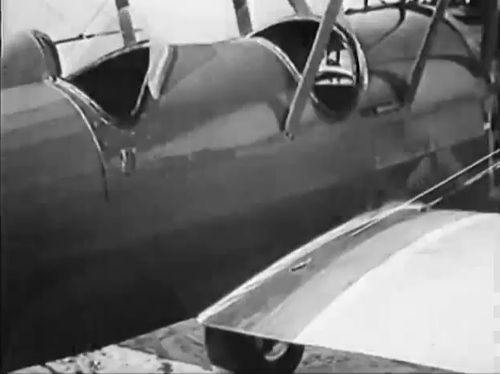 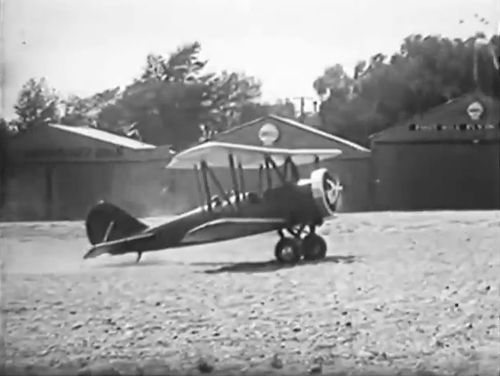 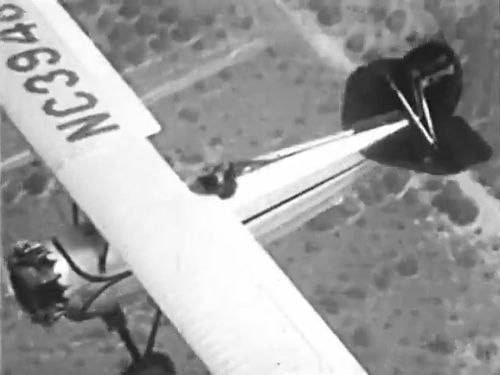