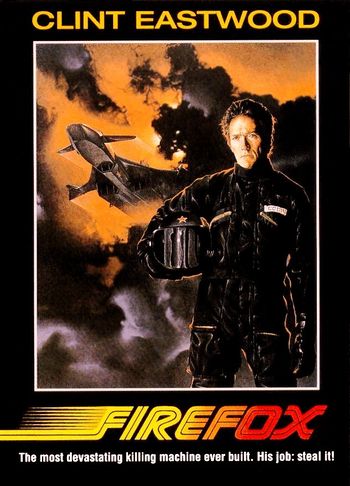 Firefox is based on the novel by the same name by Craig Thomas. The main aircraft in this movie is a fictional MiG-31, code name "Firefox". The cockpit scenes used for the MiG were shots from a F4 Phantom and a T-38 Talon.

Close-up on the crew of the 'Hind' used in fact the Blue Thunder cockpit. Look at IMPDb: Frequently Seen Aircraft page, helicopter section. 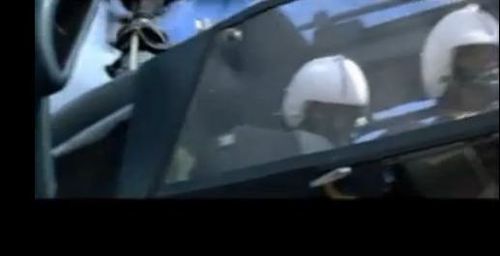 A radio control model with the general lines of the Hind.

A false Hind A (a modified Bell 222 RC model) taking off from the BELKNAP-class of guided missile cruisers.

A Boeing B727 is playing the Tu-154; close-up shows aircraft's body with red 'Aeroflot'.

General aspect of a Il-18 but with a upper wing.

The Firefox has several missiles of general appearence of AA-6 Acrid but neverless fictionnal (the forward control fins are slighty different). 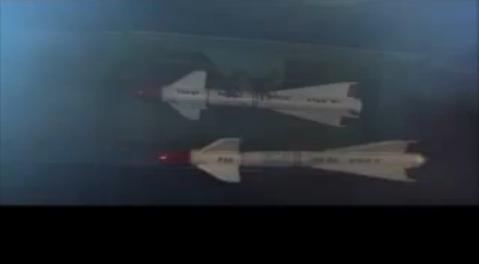