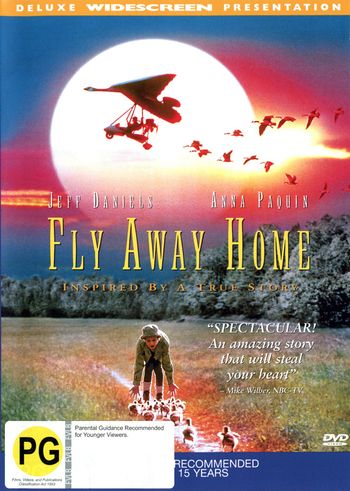 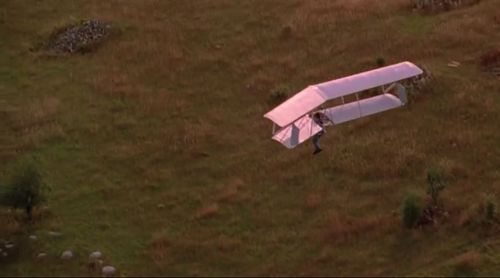 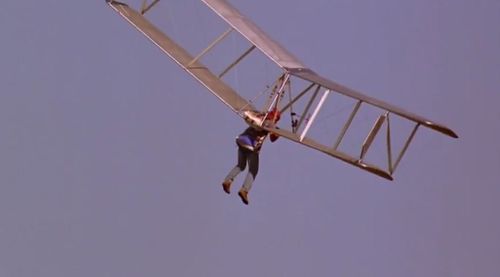 Trying to put a motor on the hang glider. The process was done by UFM entrerprise but here it is suggested this was only a private venture. 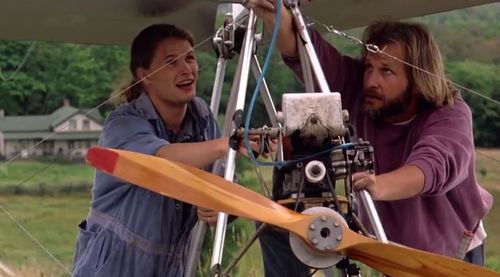 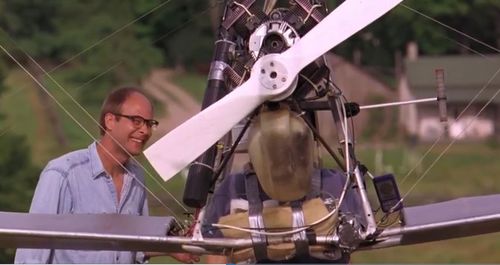 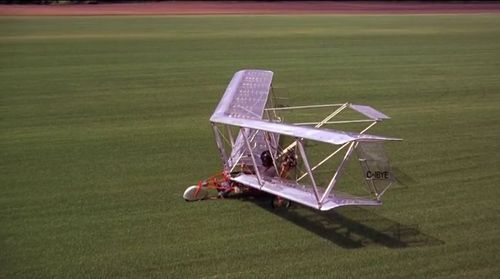 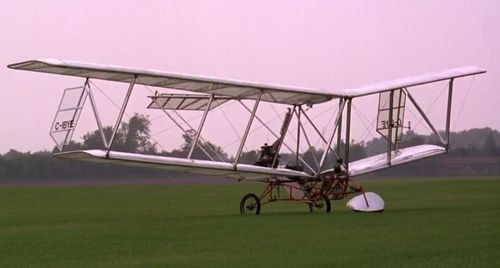 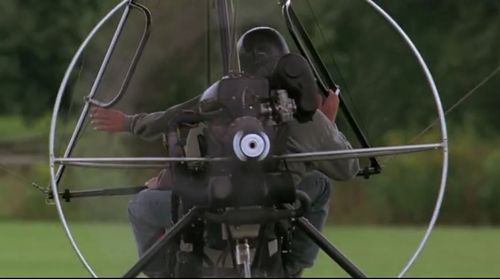 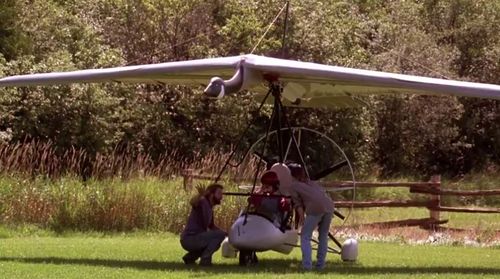 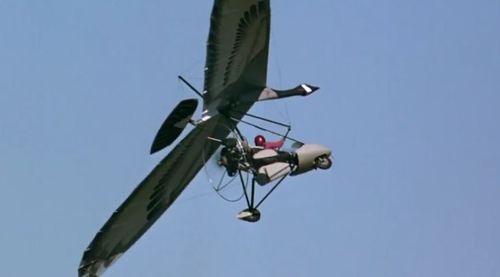 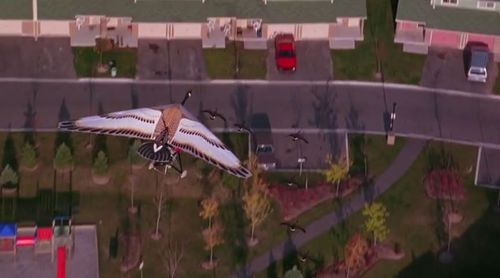 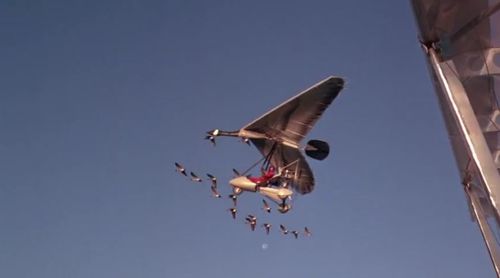 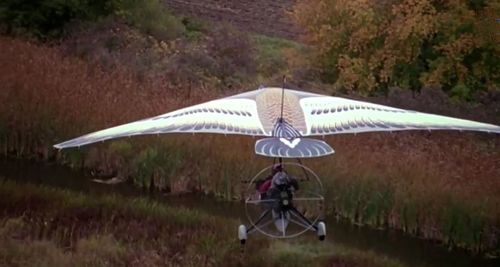 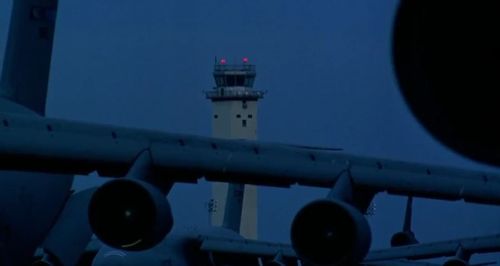 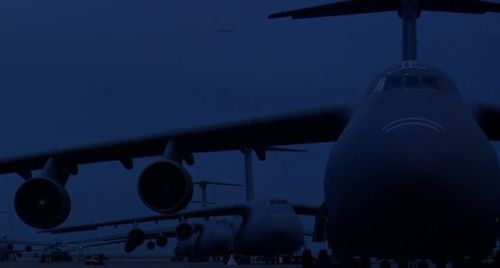 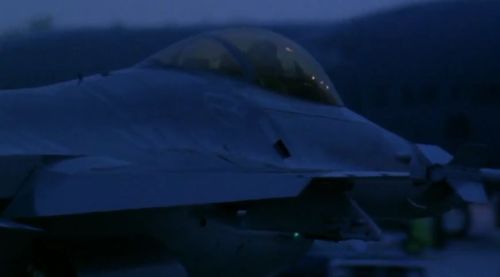 In the colonel's office, a picture is showing the F-16 of the air demonstration squadron Thunderbirds. 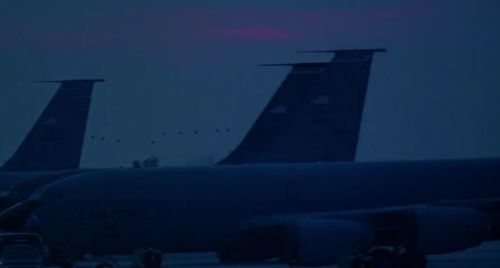 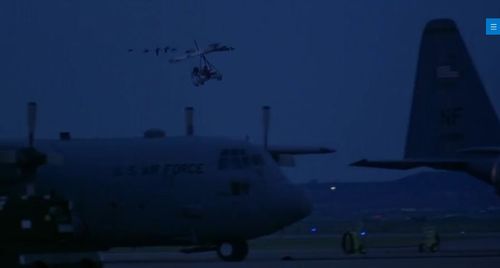 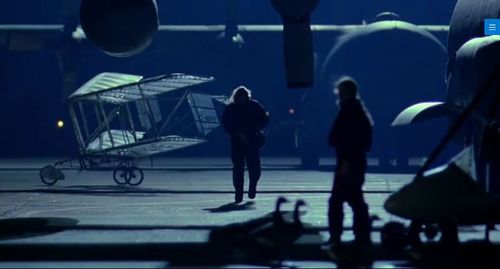 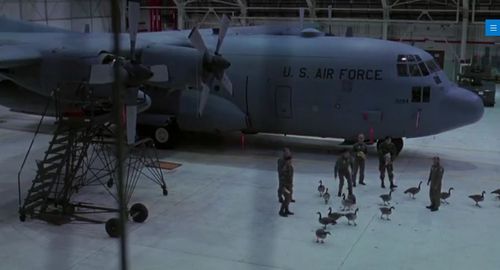 Behind the two security guards. 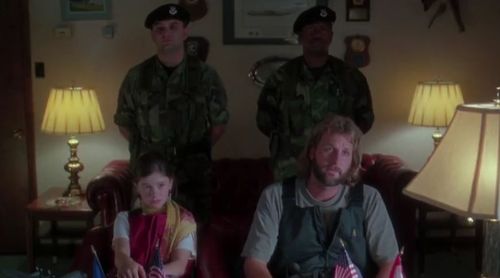