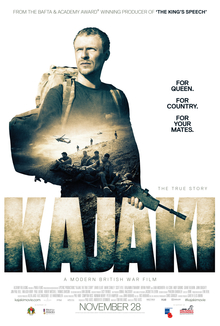 Kajaki Dam 2006. A company of young British soldiers encounter an unexpected, terrifying enemy. A dried-out river bed, and under every step the possibility of an anti-personnel mine. A mine that could cost you your leg - or your life.