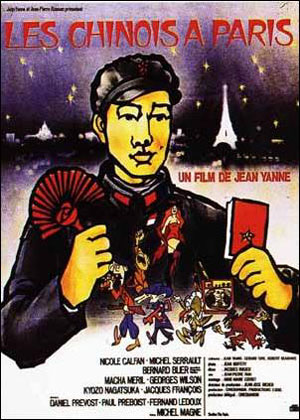 Overnight, Paris is invaded - although peacefully - by the Chinese Army, and millions of Chinese people... It's the Nazi occupation all over again, with modern - funny - twists.

Registration F-BJHE, c/n 10420 built in 1944.
Government, politicians, and military VIPs rush on this old C-54 to escape from invasion and leave the country. The scene is shot in front of Air Inter’s maintenance hall at Aéroport de Paris-Orly. 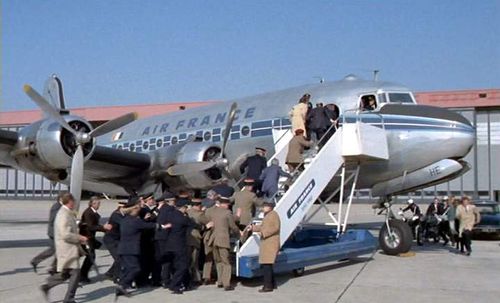 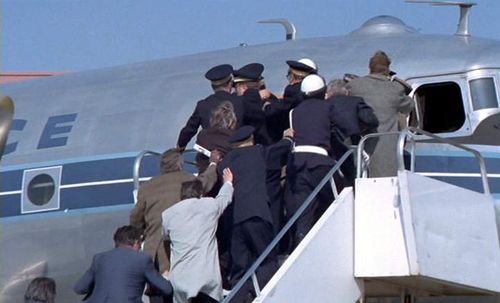 Registration F-BUFQ, c/n F.47.
4 Transall were used by Aérospostale with Air France livery, for night mail services during the 70’s and 80’s. The C-160P is a modified military aircraft made for this purpose. Scene at Aéroport de Paris-Orly. 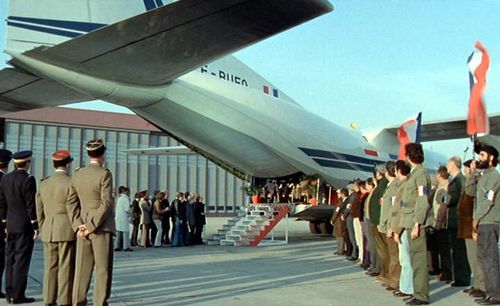 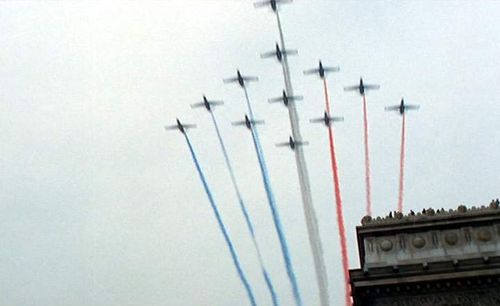