After severe trauma, a fighter pilot is sent to serve as commander in the squadron of the slow, wooden, night bombers, the U-2. Keeping to a vow of celibacy "until the end of the war" with his two friends, he discovers that his new squadron consists of only women. 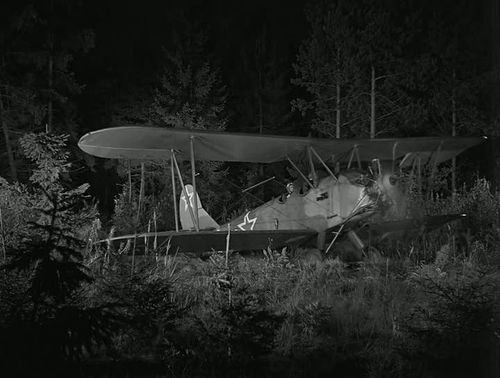 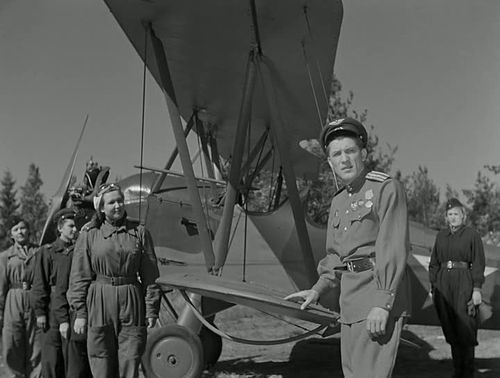 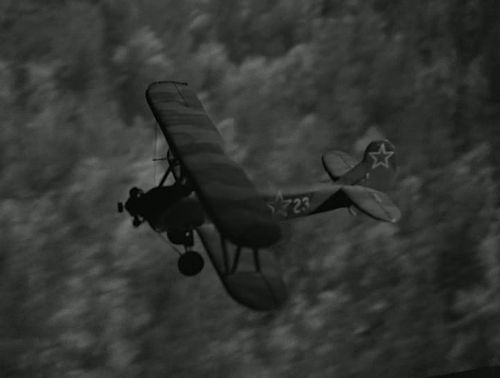 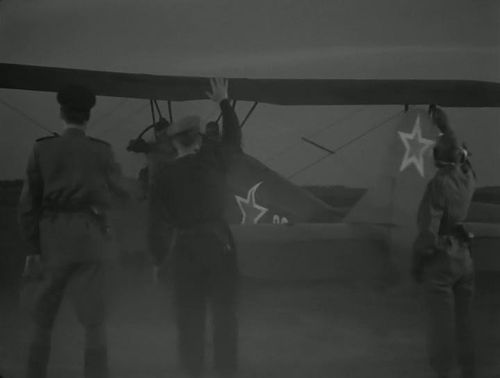 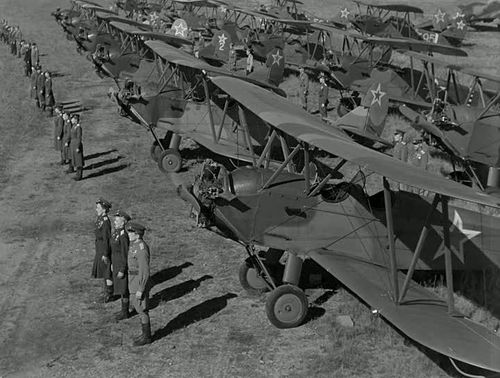 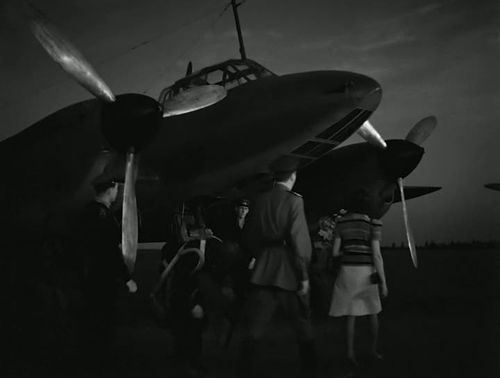 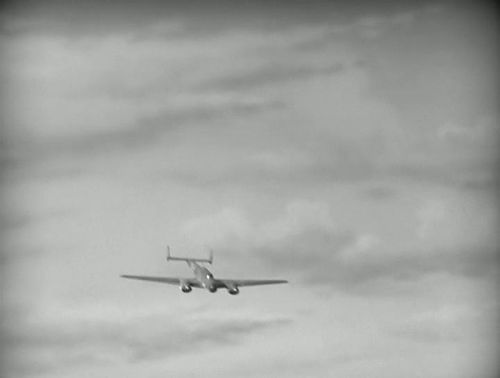 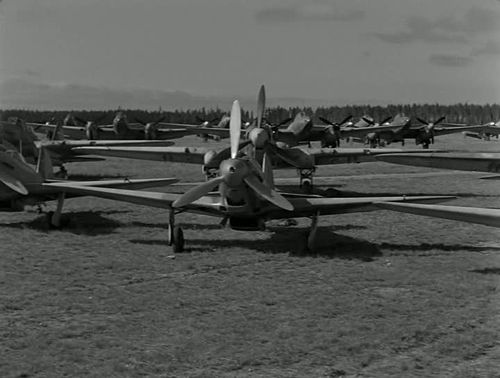 Pe-2 are in the background.

On the second row. 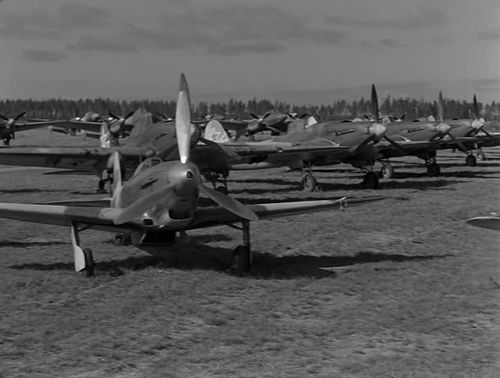 Row behind the Yak. 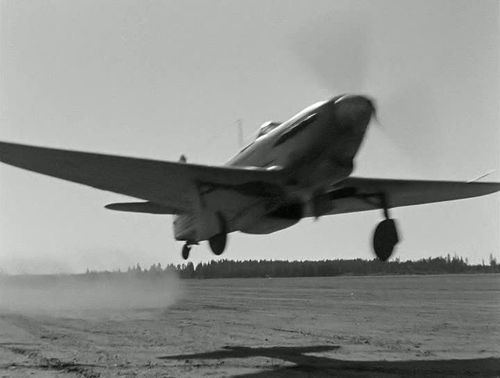 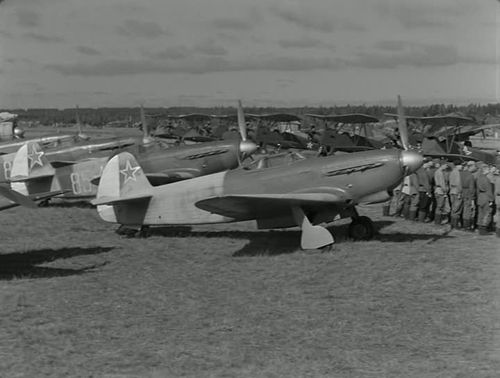 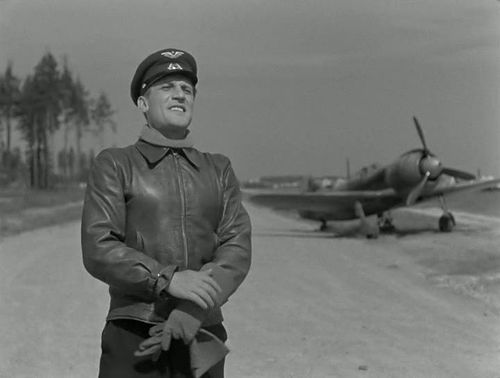 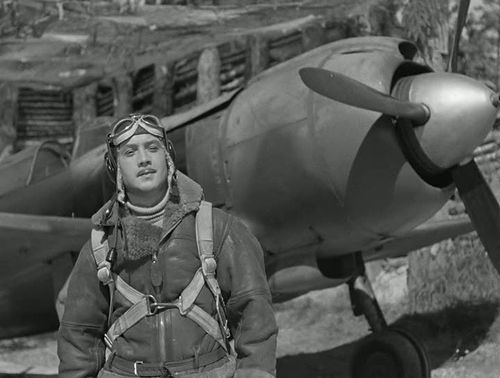 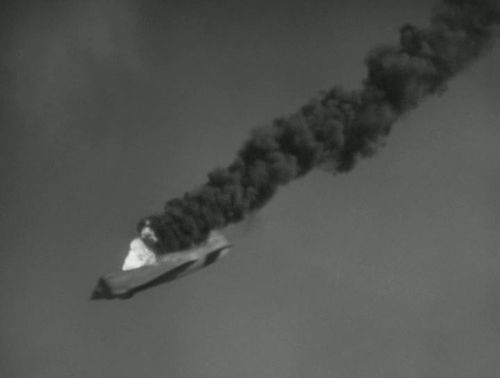 Perhaps a model to figure a Junkers Ju 88. 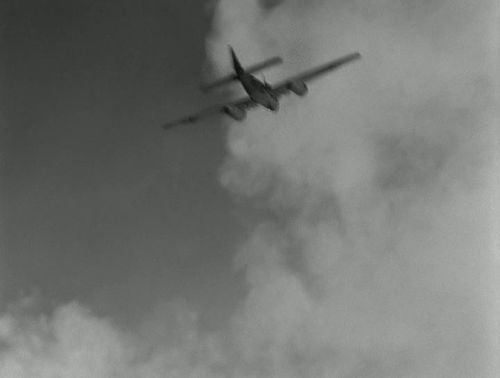 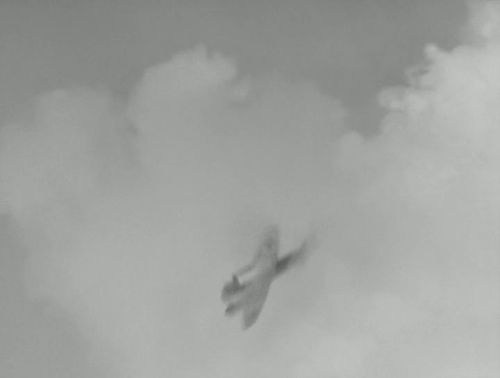 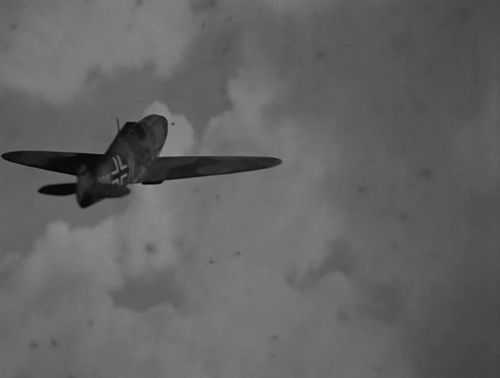 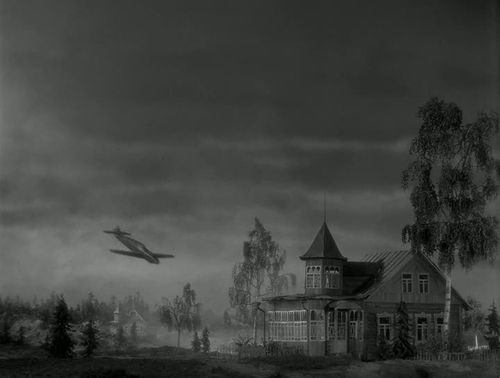