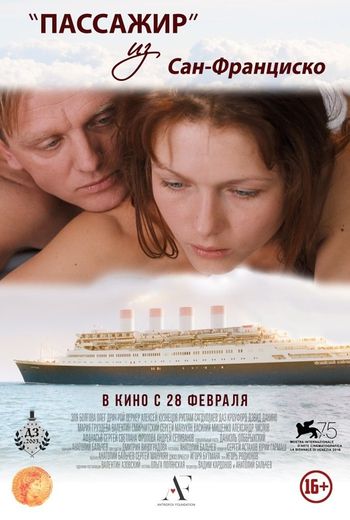 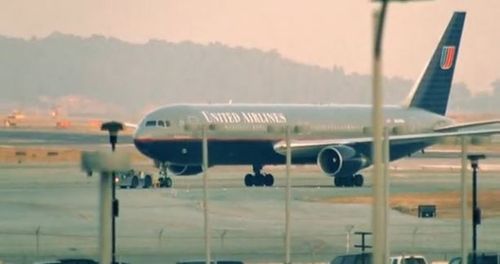 Seen again close to the movie's end.
In the distance, an Airbus A340 of Philippine Airlines with a closer Airbus A320 of Air Canada. 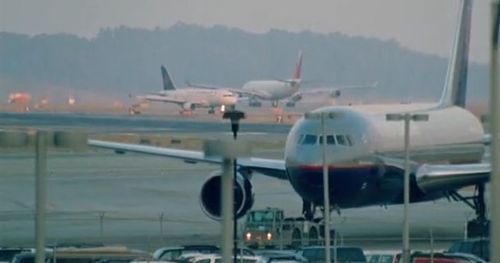 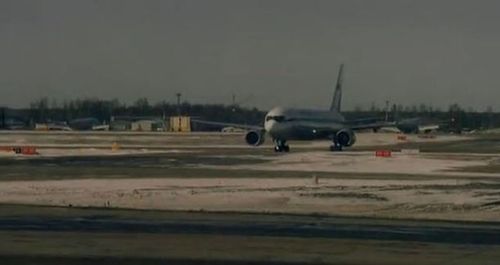 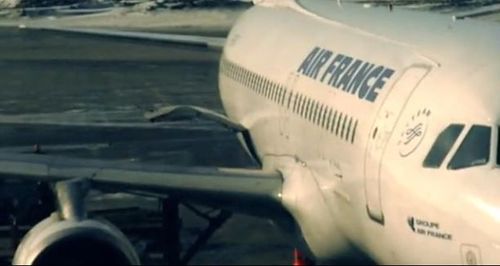 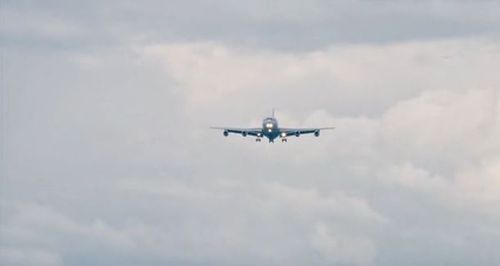 Or maybe a Robinson R66? 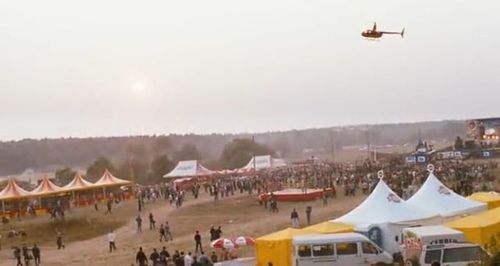 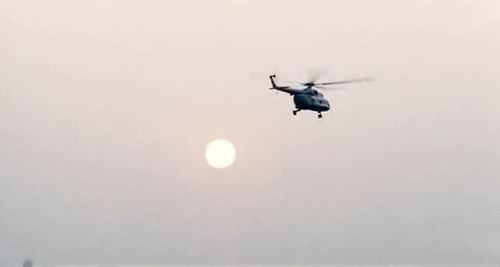 Reg. (FLA RF-)02721 Let L-200 Morava as seen during summer 2002.
A close but not so sophisticated paint scheme was on RF-00978 in 2006 having lost all the "3D" drawings for dull dark black areas. What it the same aircraft?
Later the same year, on October 2006, these full blazing colors -again with "3D" on black areas like 02721- were again catched up by a photograph on RF-00804. Every time, the aircraft was in Russia, not in the skies of Ontario, Canada.
Note : (FLA) RF- was a former Private Aircraft registration of the first years of the Russian Federation, no longer in use. 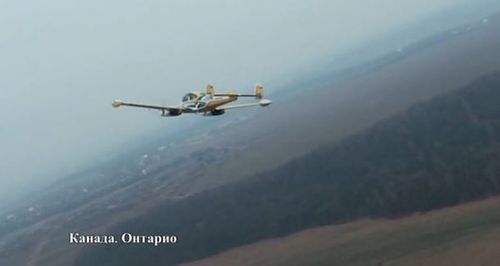 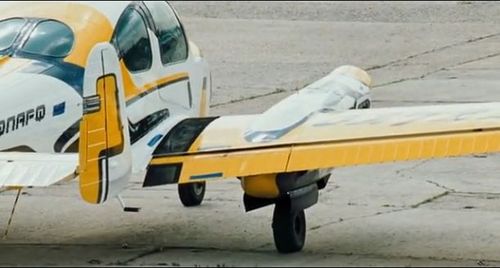 Continuity error : in flight, the engine cowling is blue, not black and white and yellow ... 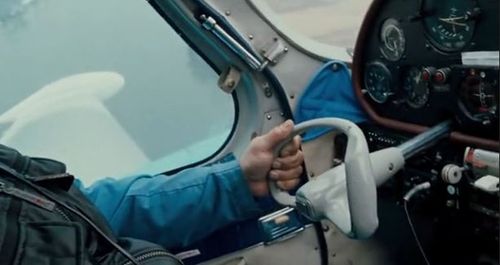 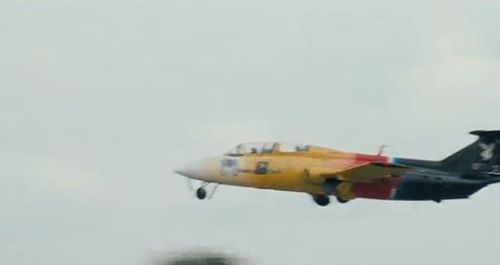 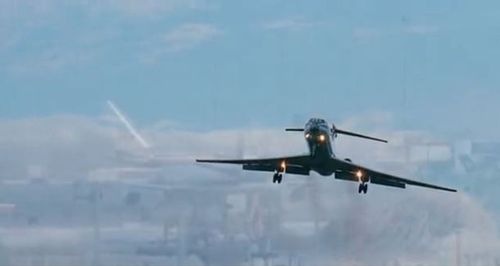 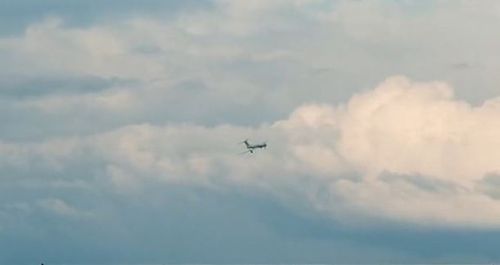 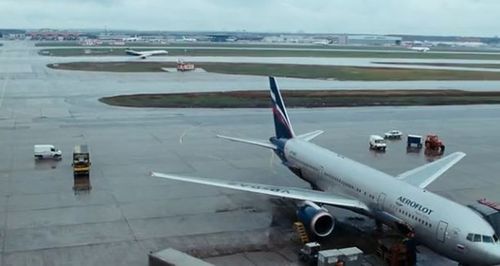 Two airliners of American Airways (757 on the right) at the terminal, with a Douglas DC-8 in DHL colors (probably from ASTAR Air Cargo) taxiing closer to the camera. 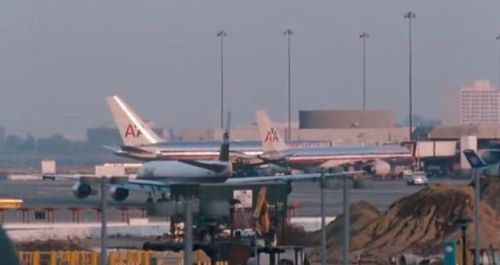 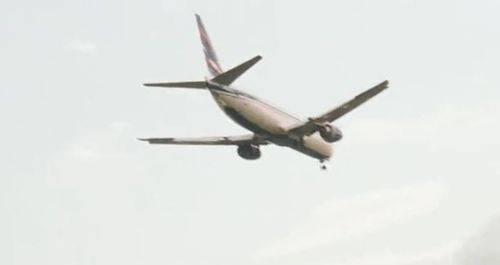 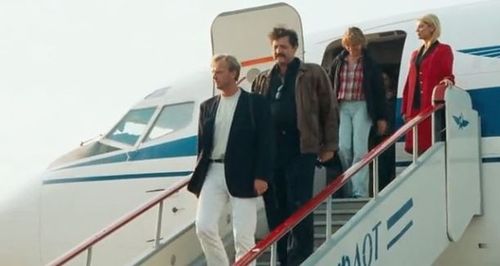 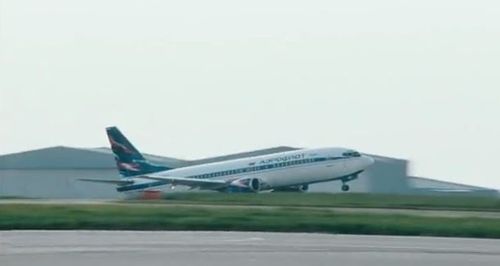 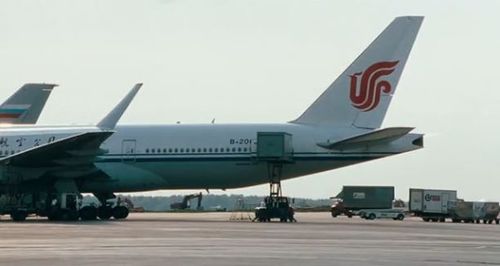