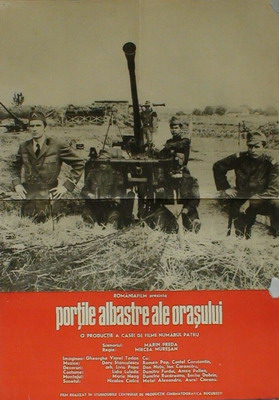 Preparation and defending Bucharest airport from German aircraft attacks after 23 August 1944 (Romanian coup d'état led by King Michael I of Romania, the first of the type among East Europa and so under peril for several weeks due to German military attacks).

The set is full of hanging model and descriptive identification form to persuade the watcher we are at the air force headquater. Unrealistic but unambiguous !
Hard to identify precisely which bomber or fighter and which manufacturer ... The very specific shape of a Messerschmitt Me 262 can be guessed among the blurred background on a travelling shot alonside Douglas DB-7, Junkers Ju -87 and others. 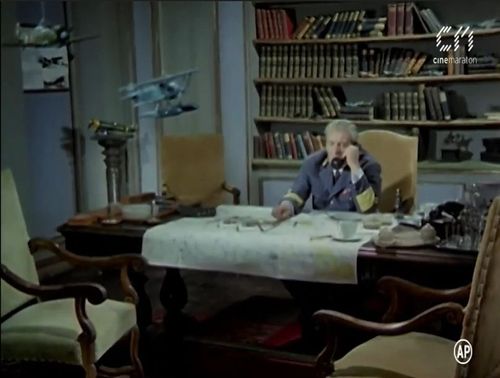 Among the model, a biplane floatplane (white circle) and perhaps a Macchi C.200 just over the head of the colonel. 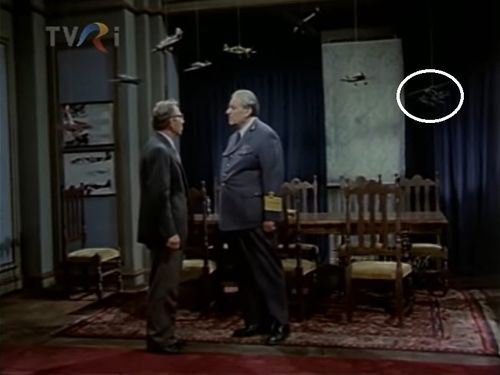 The floatplane could be a Blackburn Shark, a Frog model kit. 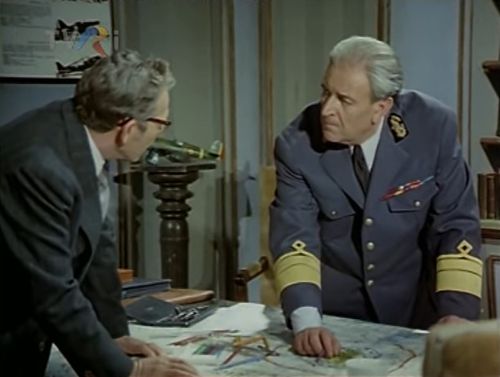 Between the two caracters. 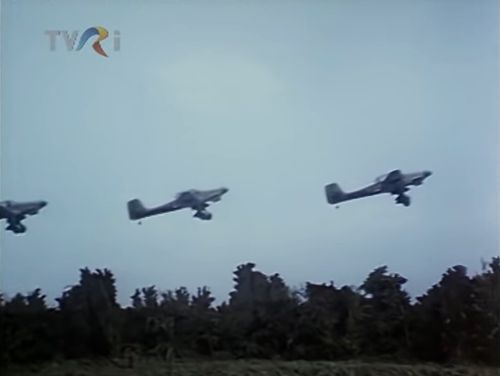 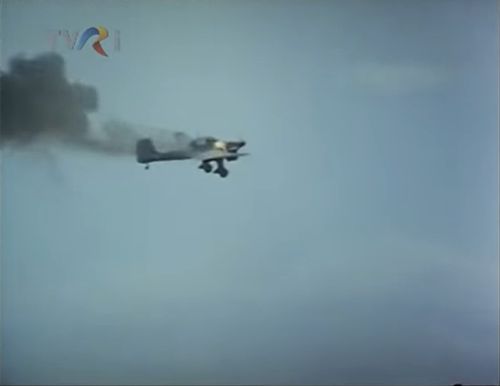 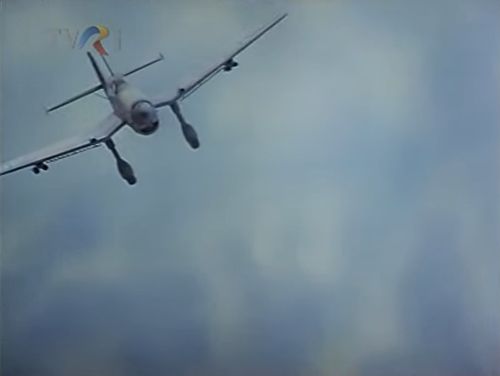 Those models are too control line ones. 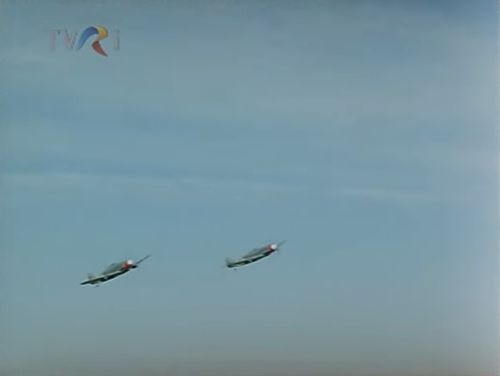 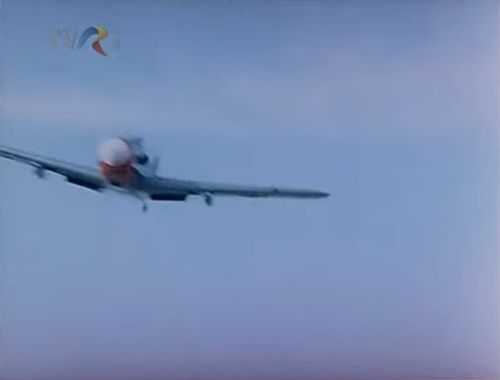 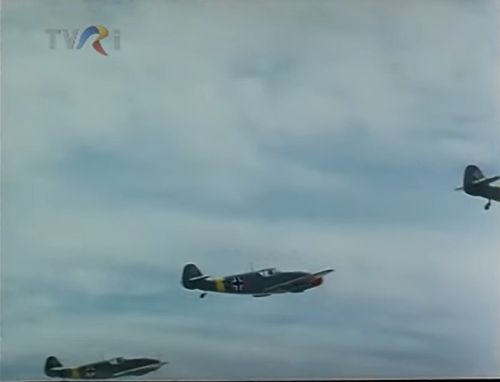