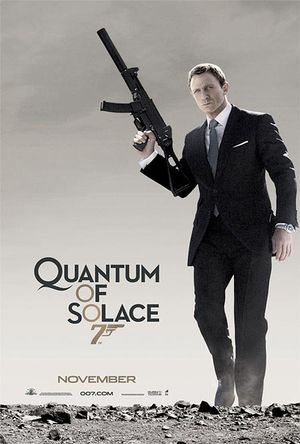 Bond and M search Mitchell's flat and discover he had a contact in Haiti. Bond heads to Haiti to investigate Mitchell's contact, Edmund Slate, and learns that Slate was sent to kill Camille Montes at the behest of her lover, Dominic Greene, the chairman of an ecological organization called Greene Planet. While observing her meeting with Greene, Bond learns that Greene is helping the Bolivian general Medrano — who murdered Camille's family — overthrow his government in exchange for a seemingly barren piece of desert.