Shadow in the Cloud 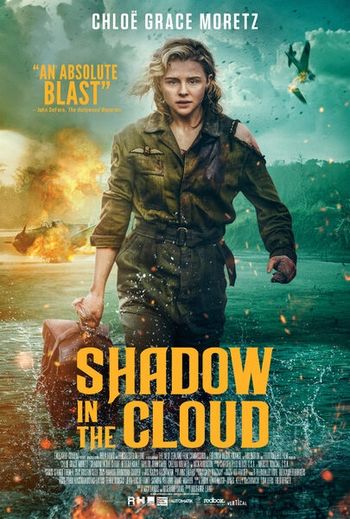 Shadow in the Cloud movie poster.

8 August 1943 : Flight Officer Maude Garrett is ordered to a special mission with a flight between New-Zealand and the Samoa Islands. This flight will be all but quiet ... mainly due to a gremlin.

Stock shots of women under the Air Force uniform edited according the lyrics of Kate Bush's "Hounds of Love".
Some of them with the following aircraft :
North American T-6 :

Right seat inside a Martin B-26 Marauder's cockpit :

Left waist gunner station on a Boeing B-17 Flying Fortress :

Douglas SBD Dauntless or A-24 Banshee :

Several pilots at the controls of North American AT-6C-NTs (s/n 41-32???) from Avenger Field (which was the largest all-female US air base) :