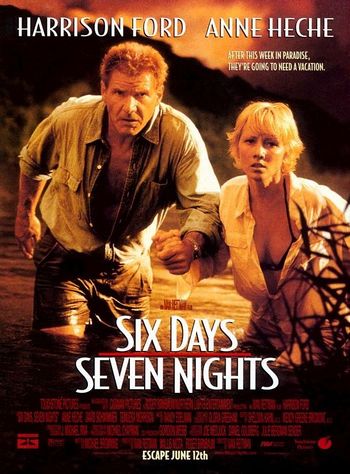 An executive woman flies with her fiancé for seven days of hollyday in Tahiti. The last step to the atoll is flown with a DHC-2 Beaver. But just arrived, Robin must go back and Quinn takes off by night. But suddenly they faced a storm.

s/n 799. Highly damage during filming, the plane ended in a junkyard. Found in 2000, it was restored during six years and flew again with the registration N67DN.

In front of the control tower.

N206MD is probably a false registration.