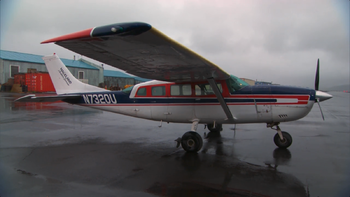 The Cessna 206 Series are a family of aircraft, the 205, 206, 207, known in various models as the Super Skywagon, Skywagon, Stationair and Super Skylane. They were developed from the Cessna 210, a retractable-gear aircraft of similar style. The aircraft operates in various roles due to its powerful engine and large cabin including personal use, aerial photography, utility transport and can also be fitted with amphibious floats and skis.

This page lists all films that feature a variation of the Cessna 206 Series.

The following 64 pages are in this category, out of 64 total.