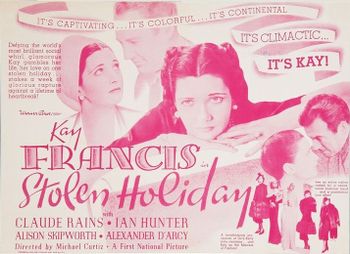 Reg. N12397 Curtiss AT-32D Condor c/n 49.
Well ... despite the Eiffel Tower, we are not at Le Bourget airport (which had very different building) but at the Grand Central Air Terminal, Glendale, California (as you could see it on Air Hostess (1933). 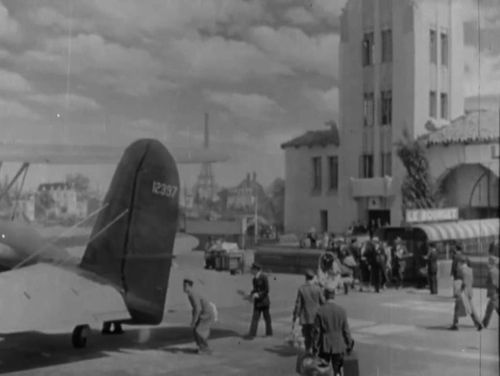 The funny thing is to find again this airliner at "Genève" (according to the screenplay). Yes ! Swissair flew the type but the colors were slighty different and (what a chance !) we can't see the tail assembly which is hidden by a car to keep secret the US registration. 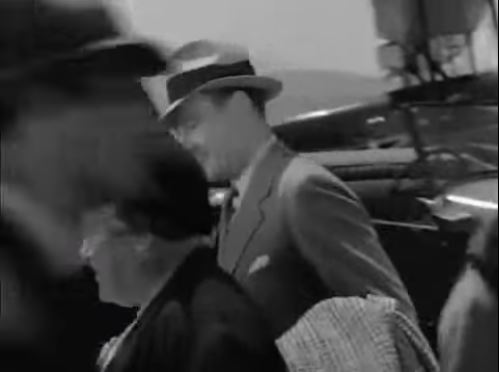 First, a not too badly done cabin. 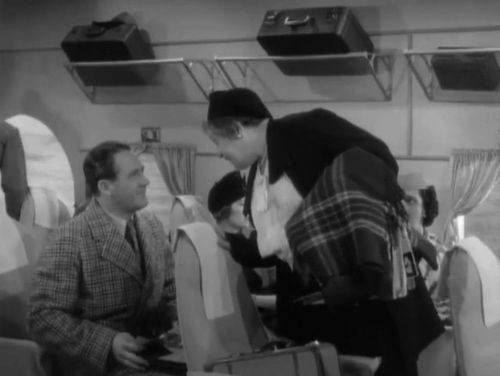 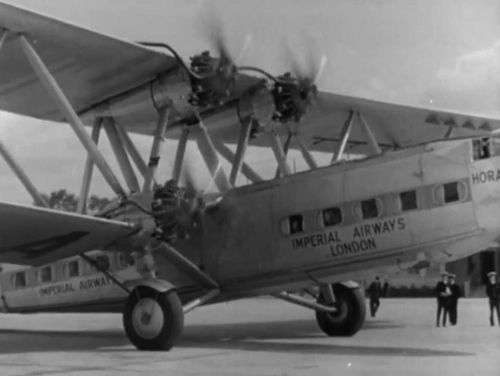 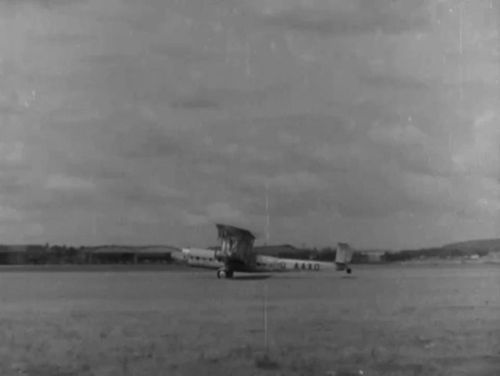 This footage is really filmed at Aéroport de Paris-Le Bourget, Horatius being caught in front of Air Union (now known as UTA) hangar. 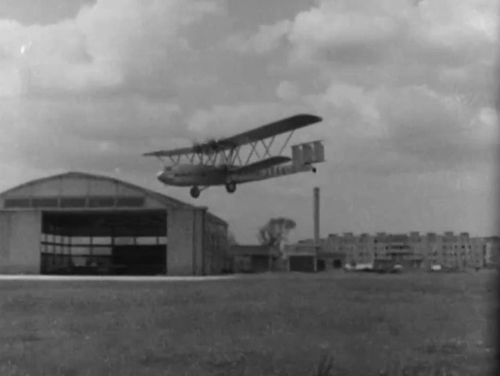 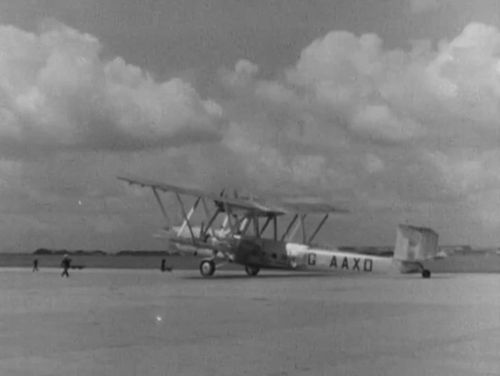 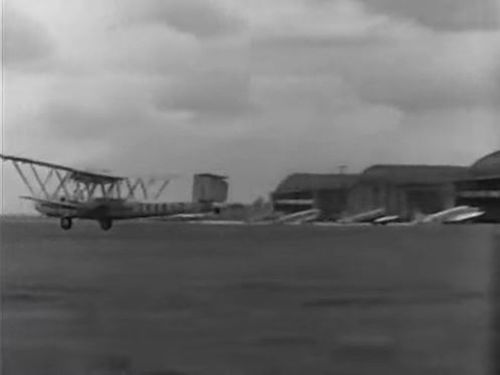