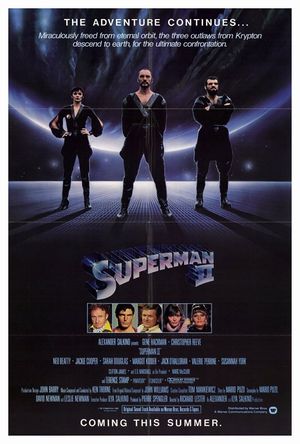 When Paris is attacked by terrorists threatening to detonate a nuclear bomb, Superman races to save the day, hurtling the bomb into outer space, where it hits and blows the Phantom Zone, freeing Kryptonian villain General Zod and his two followers Non and Ursa, who'd been imprisoned by Superman's father, Jor-El. Upon arriving on Earth, Zod and his cronies have the same powers as Superman, and Zod is eager to get revenge on Superman for his father imprisoning them.

Stock footage from Superman. Daily Planet helicopter carrying Lois Lane which crashes on takeoff and is rescued by Superman.

Seen on television in the President's office.

US Army gunship which is used against Zod and his cronies. At Zod's insistence, Ursa "blows a kiss" to the pilots, and her super-breath causes the AStar to fly out of control, crash and blow up.