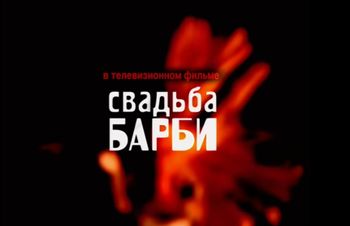 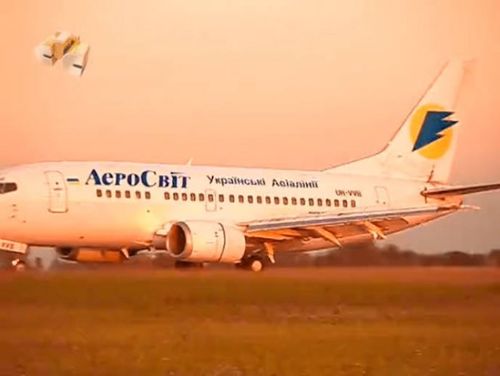 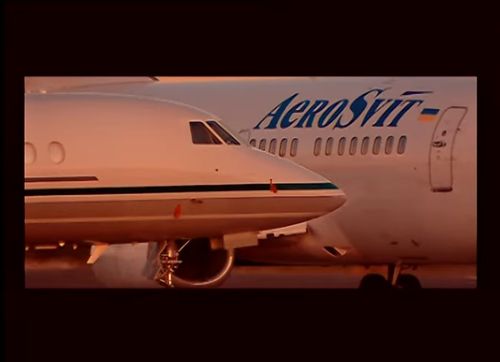 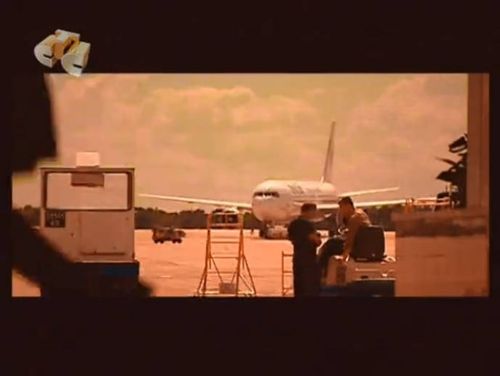 Tupolev Tu-134A of Air Ukraine; probably an archive footage as Air Ukraine ceased to exist during summer 2004 but had suspended flight operations in December 2002. 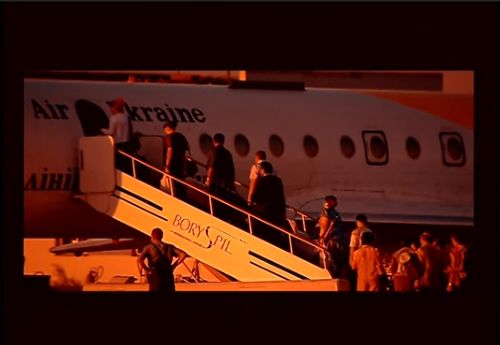 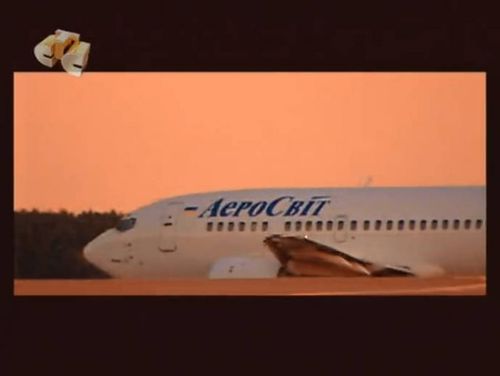 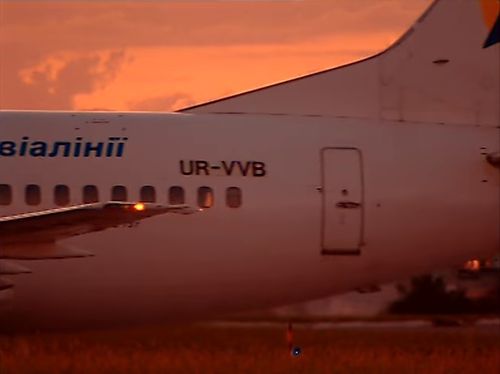 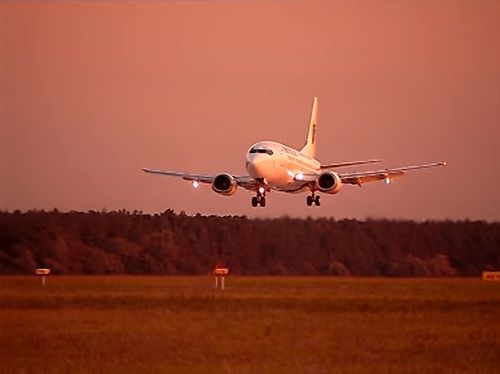 Boeing 737 of AeroSvit Airlines head to tail with another one of Ukraine International Airlines.
In the foreground, right engine and wing of a Boeing 767 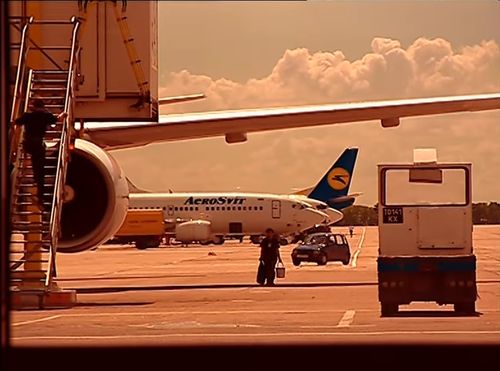 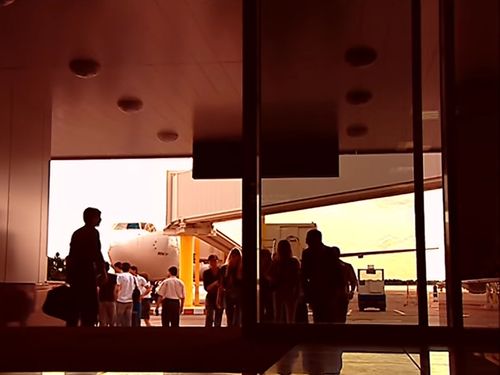