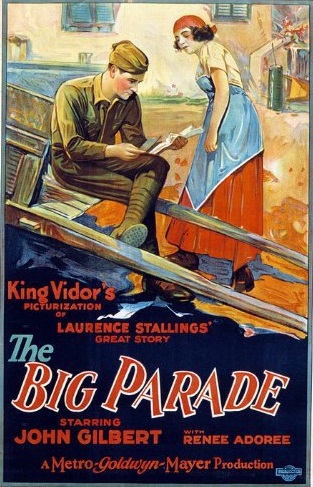 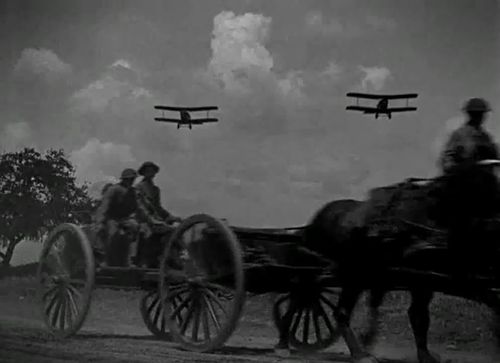 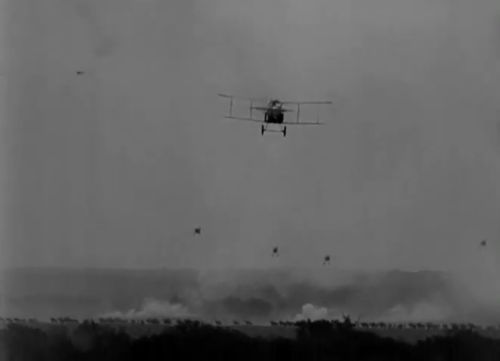 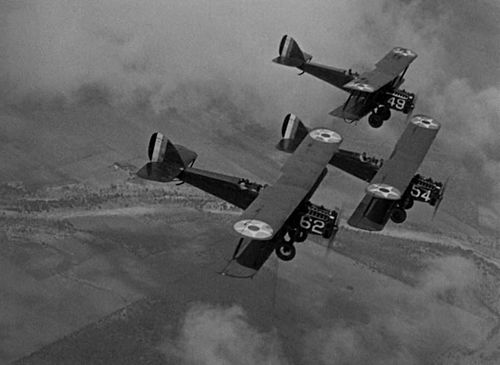 Later used for close up shot of the "Fokker". 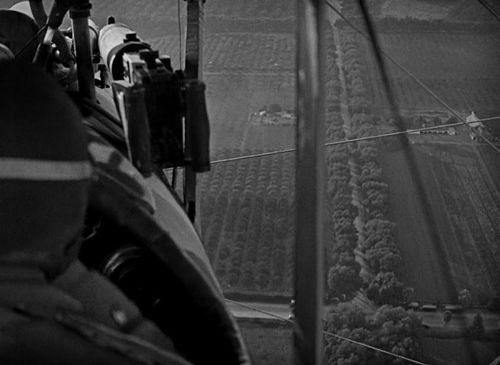 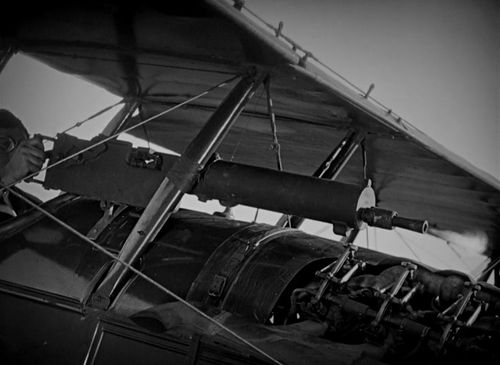 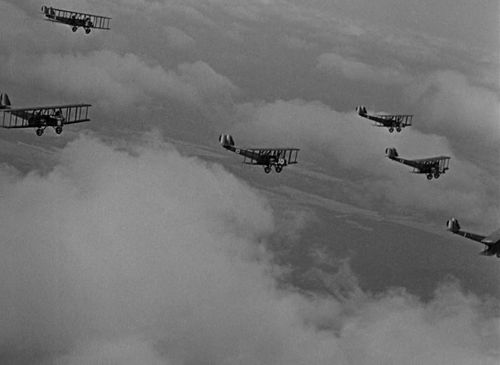 Straffing the troops, this American Fokker is probably re-engined but wearing German roundels. 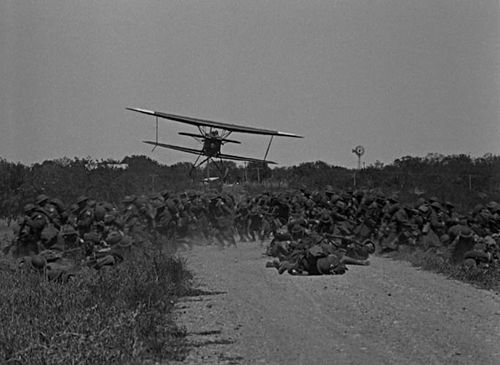 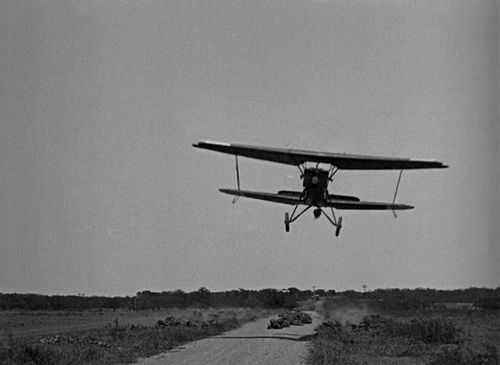 What seems to be an archive wartime footage of a real Fokker D. VII ... 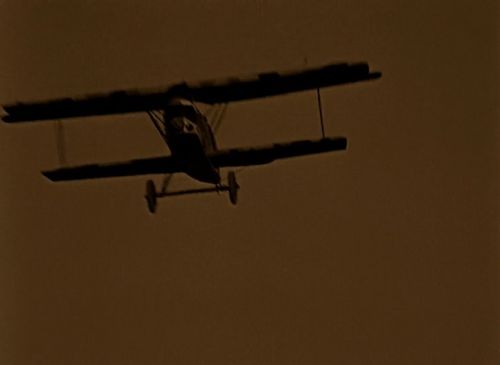 Another archive wartime footage of an unidentified burning balloon used to represent the last moments of the downed fighter. 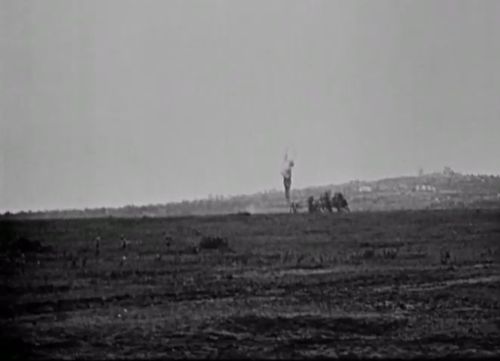