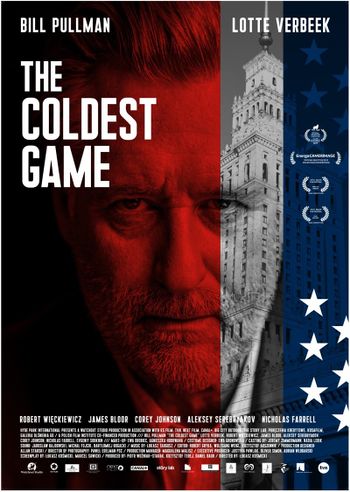 1962 : The film is based on a fictional chess match set against the backdrop of real history and the political atmosphere of the Cuban Missile Crisis.

Not the same aerobatics team seen in Im pokoryayetsya nebo or Zvezdy na krylyakh. The closest aircraft is coded 547.

A fictional story is able to show some unrealistic facts like this U-2 flight detecting the Soviet vessel carrying the ballistic missile.
On the 16 October 1962, the spyplane shot facilities in the San Cristóbal area not cargoes sailing toward the island. Such task were later done by USAF McDonnell RF-101 Voodoo or Navy Lockheed P-3A Orion for example.

Named first as B-77, this supersonic, turbojet-propelled, air-launched cruise missile was developed in 1959 for the United States Air Force. It was primarily designed to be capable of attacking Soviet ground-based air defense sites prior to a potential air attack by B-52 Stratofortress long range bombers during the Cold War.
On the pylon, awaiting to be hang under a B-52 wing.