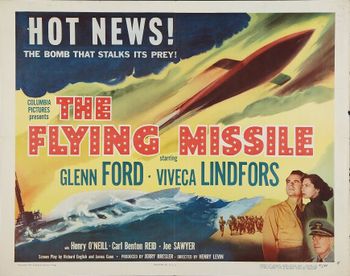 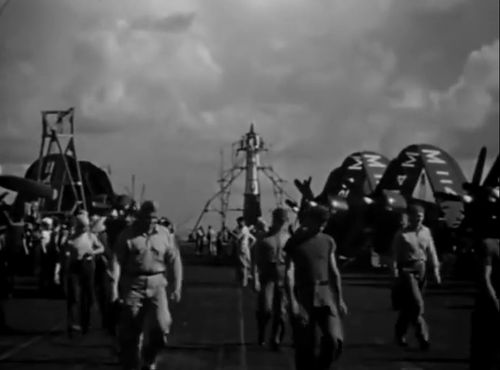 Operation Sandy involved the September 6, 1947 launch of a V-2 rocket from the deck of the USS Midway (CV-41), the US Navy’s only attempt to launch a liquid fueled rocket from an aircraft carrier. 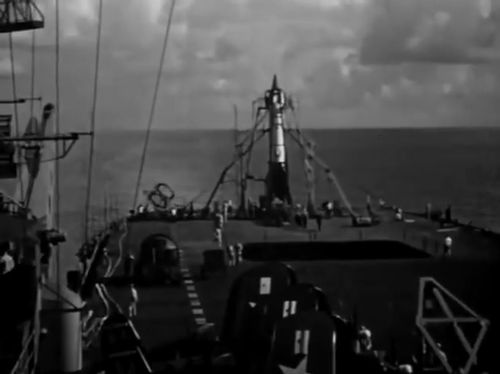 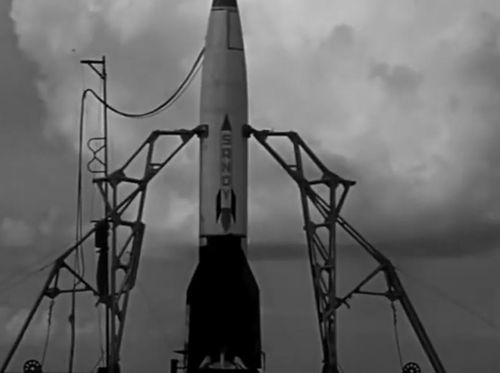 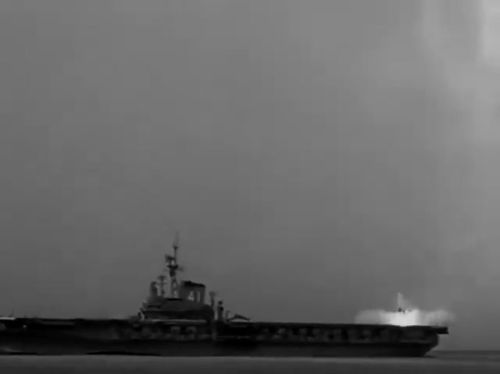 The immediate tilt of the rocket near liftoff led to be exploded about six miles away.
The production used public footage of the Viking (Navy's project of a liquid-fueled rocket designed to supersede the German V2), one of the first four launches (May 1949 - May 1950) 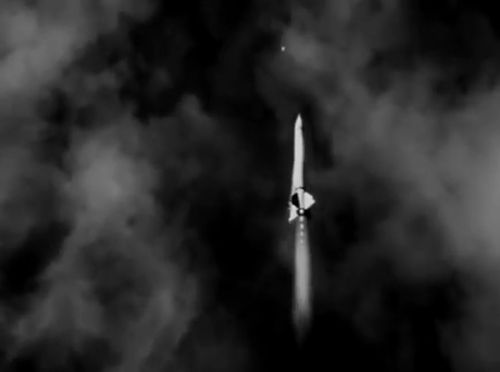 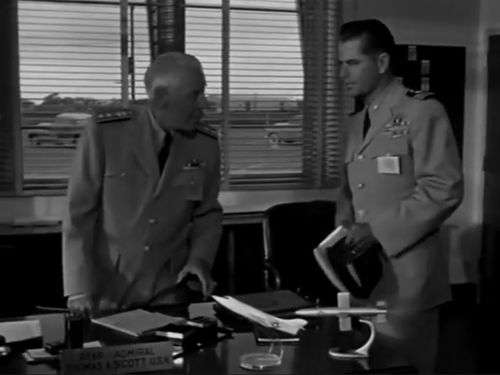 Unmanned 'target plane' as said in the movie. 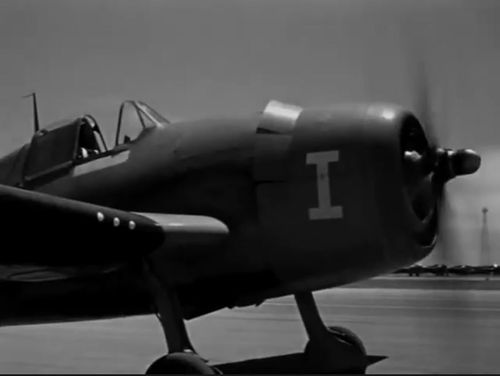 Seen in the distance when the Hellcat is touching down. 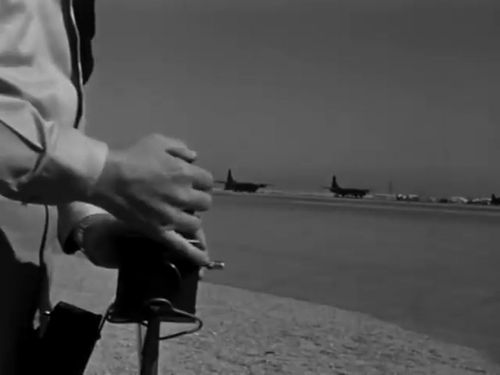 Named LTV-N-2 by the U.S. Navy during test at Point Mugu. 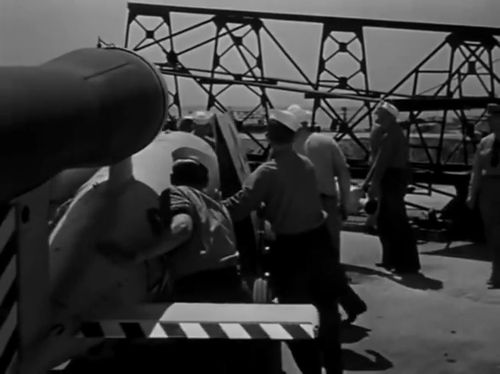 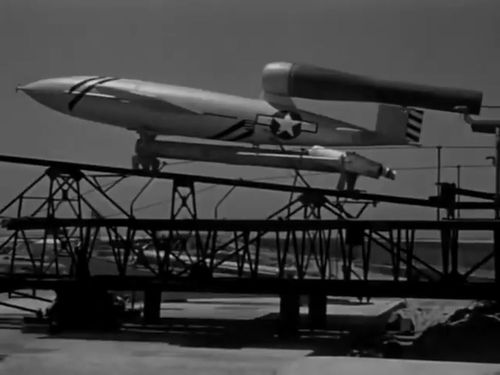 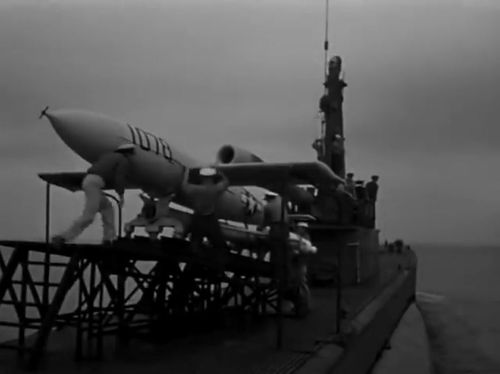 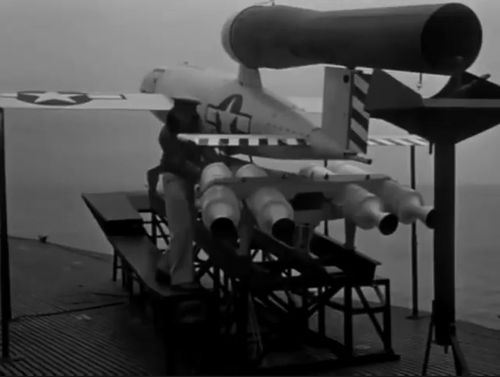 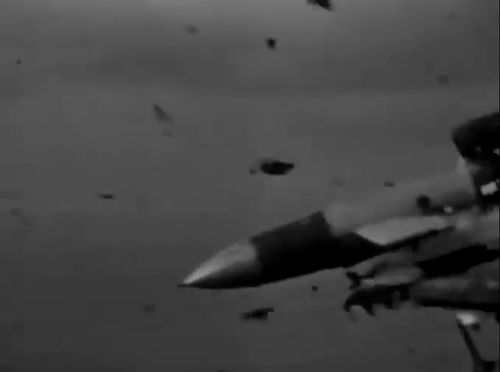 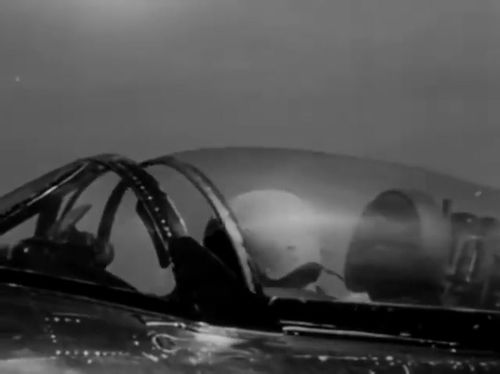 Despite it's a Lockheed P-80 Shooting Star taking off, the missile is chased by a prop-driven aircraft ... 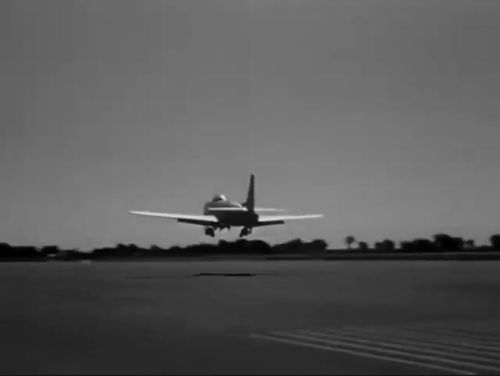 Chased now by the P-80 flying with a Lockheed T-33 Shooting Star. 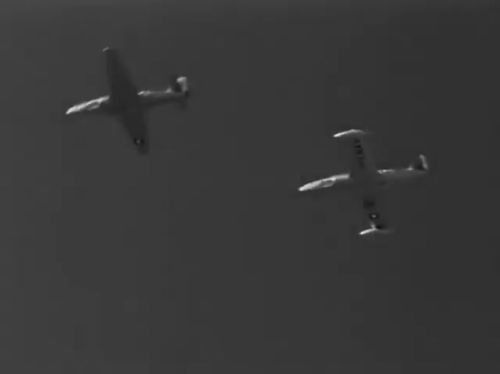 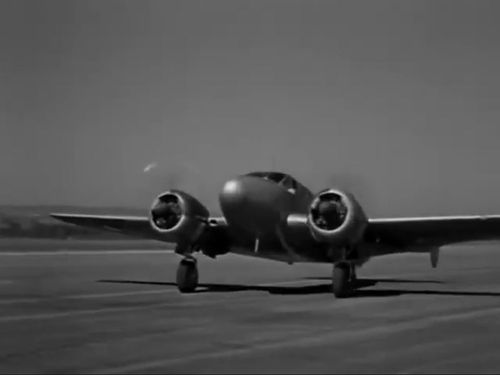 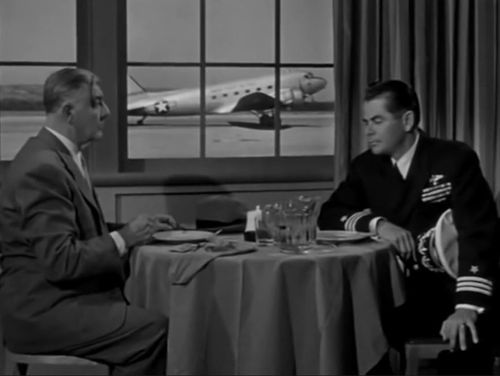 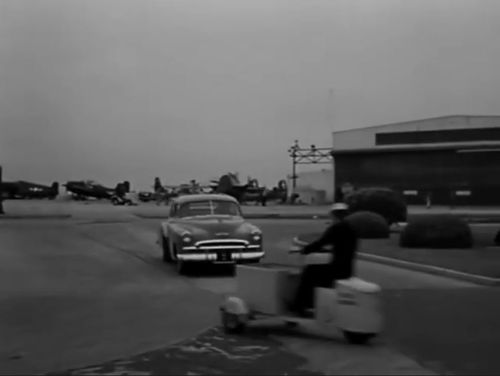 Desk model in front of the Admiral with a Republic-Ford LTV-N-2 (bottom left corner). 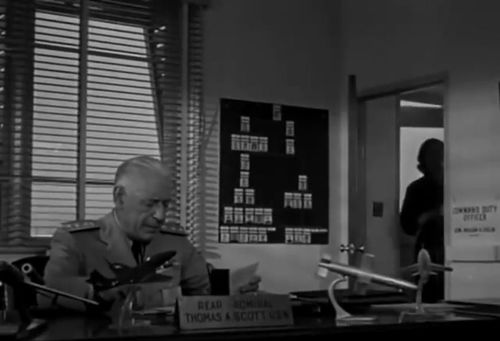 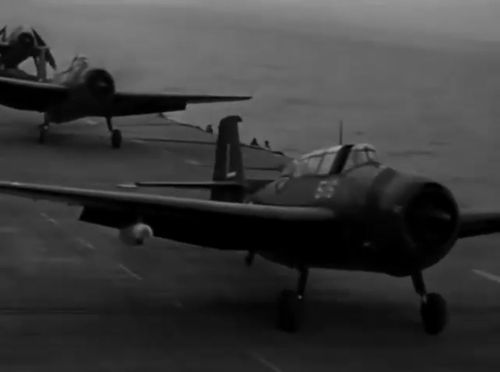