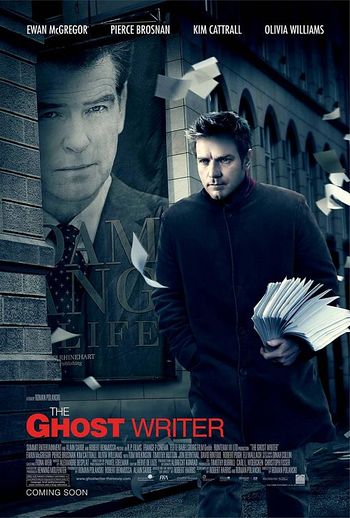 A ghostwriter hired to complete the memoirs of a former British prime minister uncovers secrets that put his own life in jeopardy.

According to the trivia on this film's IMDB page this is a CGI model of Boeing 787 which hasn't entered into service yet.

False registration N9748C, reserved for use in movies.

Plane in the background

One of the RAF transport planes that brings servicemen's coffins back to Britain.