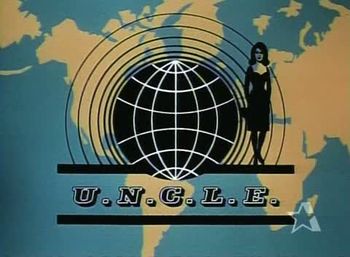 This spinoff from "The Man from U.N.C.L.E." features the adventures of sexy spy April Dancer, who works for an international agency called the United Network Command for Law and Enforcement, which is dedicated to protecting the world from evil doers such as those who work for THRUSH. April's sidekick is the Brit Mark Slate, and their boss is the crusty Mr. Waverly. 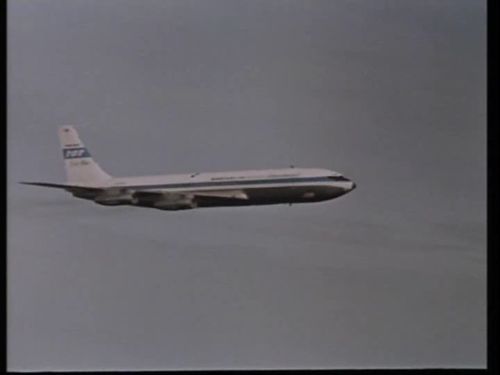 Ep. 1.28 The High and the Deadly Affair
Registration N4665V, c/n 10538 built in 1945. This C-54 wears a livery of the fictional TOPAC-Trans Orient Pacific Airlines Company, which is based on the livery of Transocean Airlines, who operated the aircraft at the time. Footage reused from The High and the Mighty - IMPDb: Frequently Seen Aircraft. 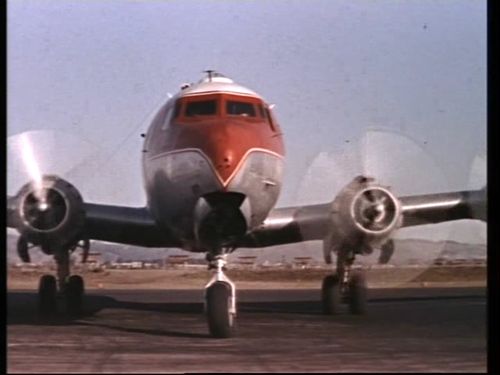 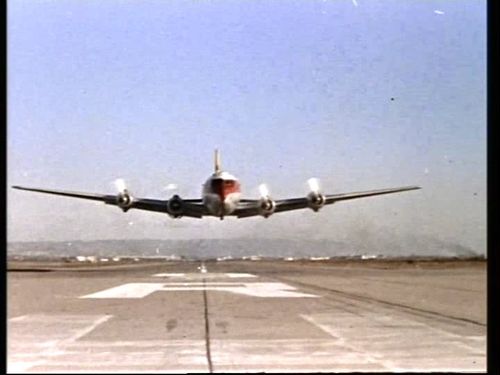 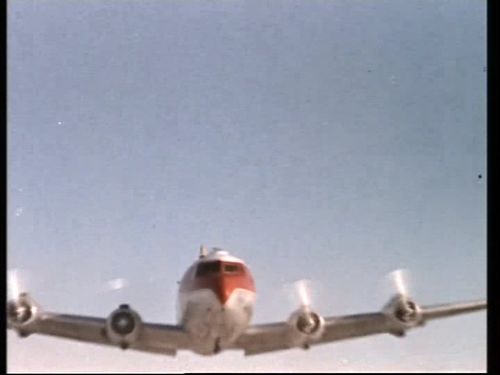 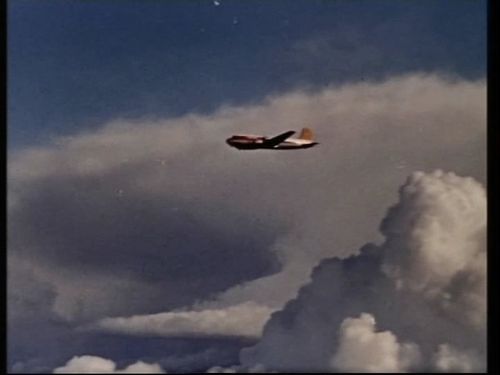