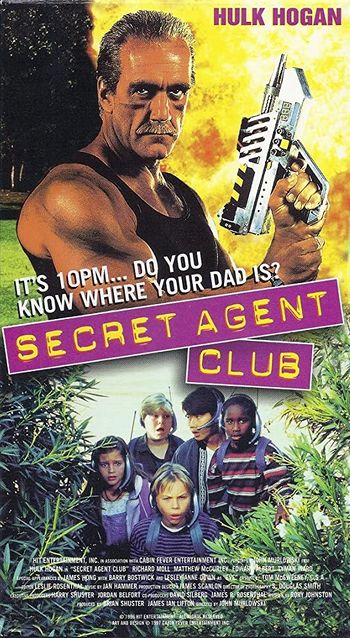 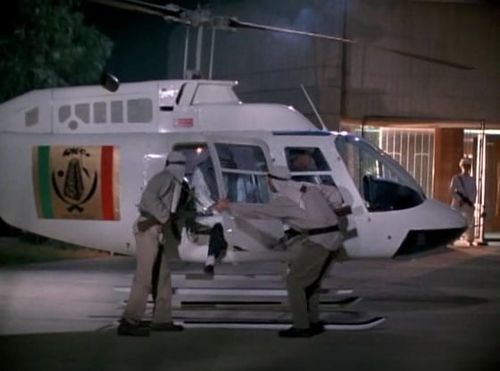 ... before blowing out few minutes later. 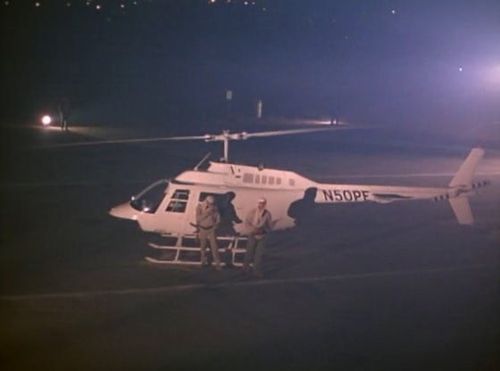 Targeted by the high energy ray ...

Like the Phoenix, this Bell is flying again at the end of the movie ! 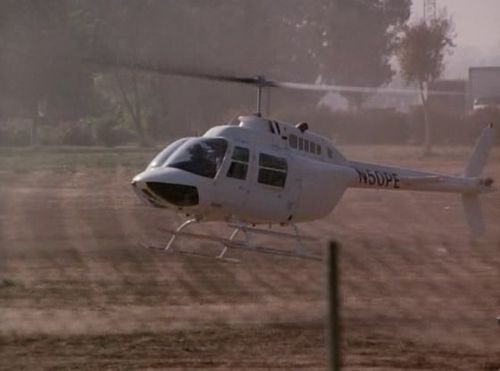 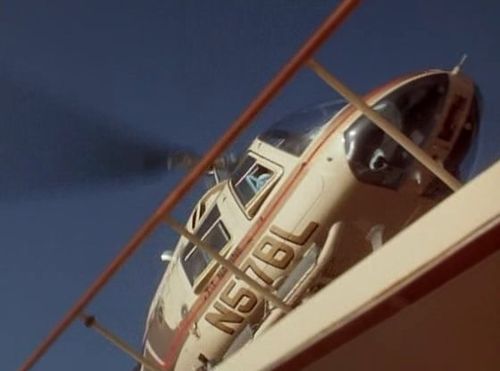 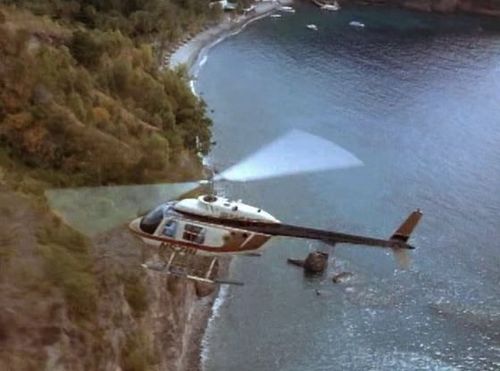 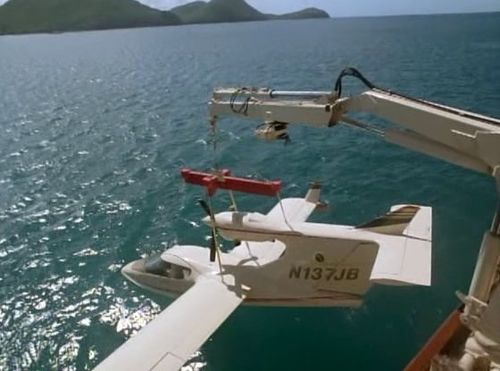 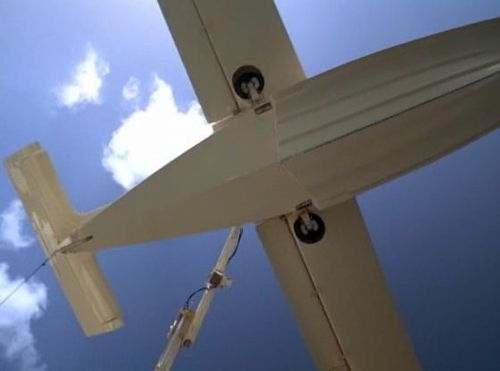 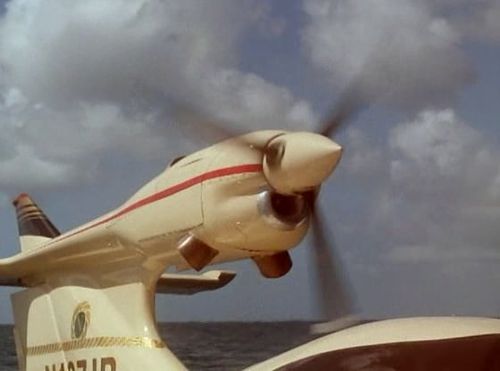 Instead the usual Lycoming flat piston engine, this Seawind is powered by an Allison turboprop ! 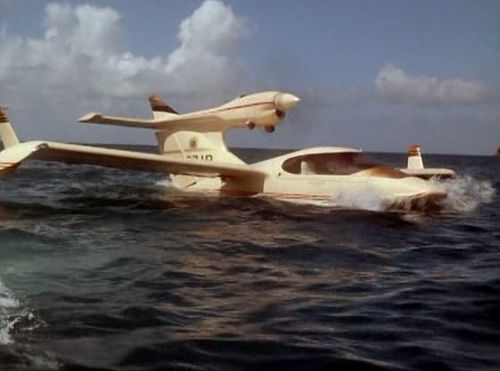 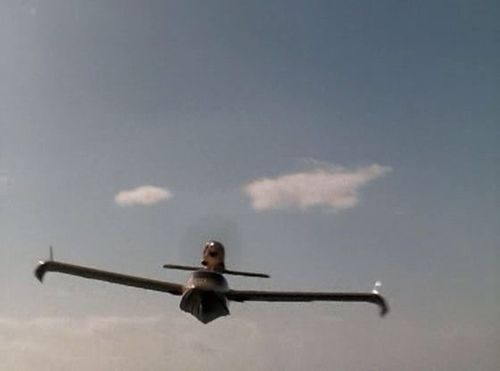