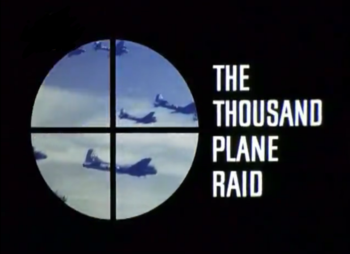 Despite the first air raid of 1 000 bombers was a RAF Bomber Command action, this movie is about the struggle of fictionous USAAF Colonel Brandon to achieve such goal. He must face hostily of the HQ and loss of motivation from his men. The day his project comes alive in 1943, the bomb group and Brandon himself must face extraordinary bad luck and fiercest german defenses.
(In fact, at the end of the war, daily air raids with much more bombers have became routine for both USAAF and RAF).

Please note that a high part of the B-17 shots are from wartime footages or of the 1944 Billy Wider's The Memphis Belle: A Story of a Flying Fortress like this one : 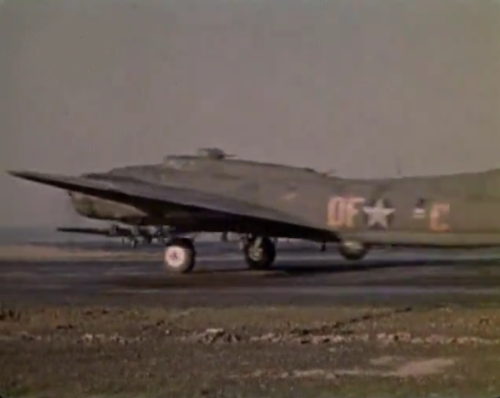 or these another ones : 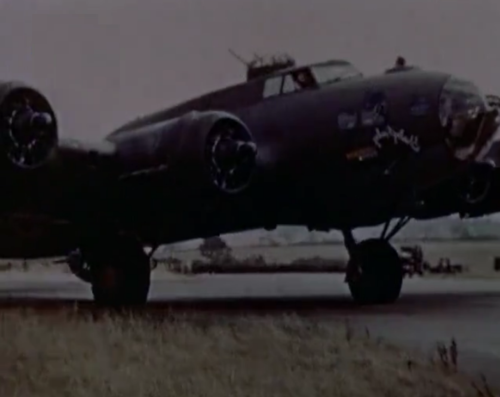 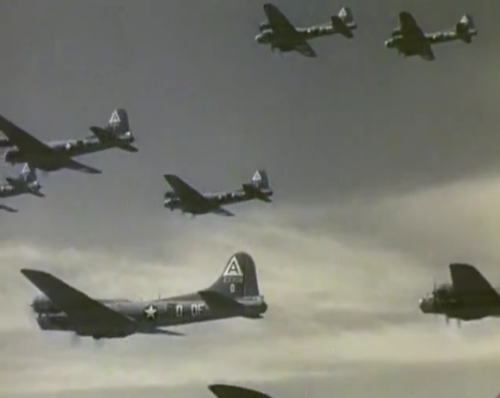 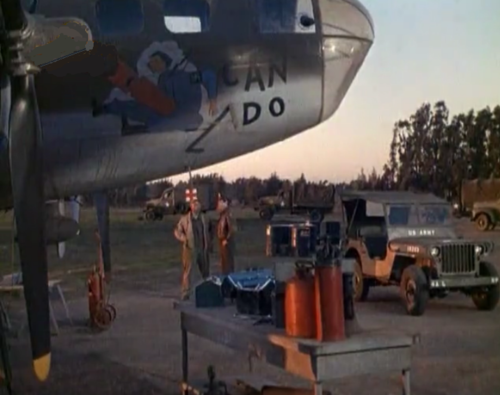 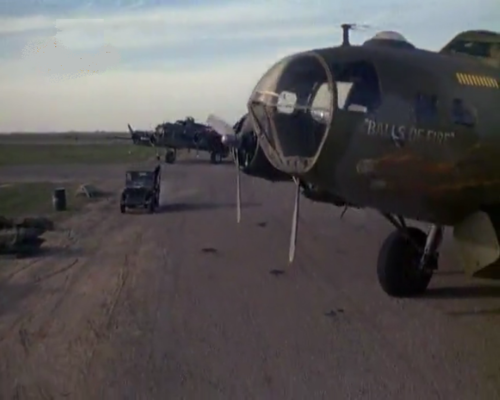 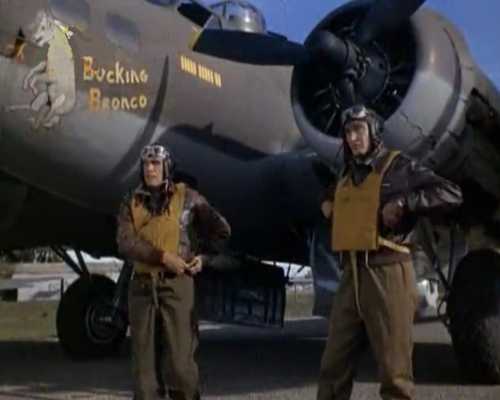 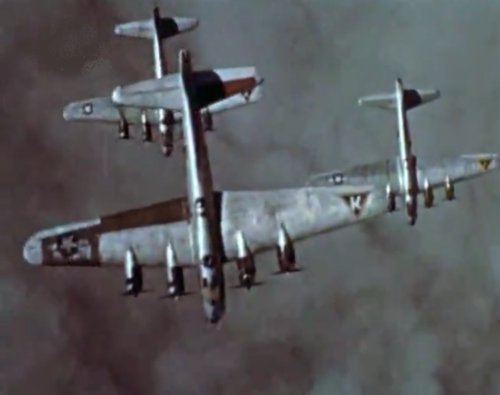 Mock of the Messerschmitt's fighter with a type of canopy not used in 1943. 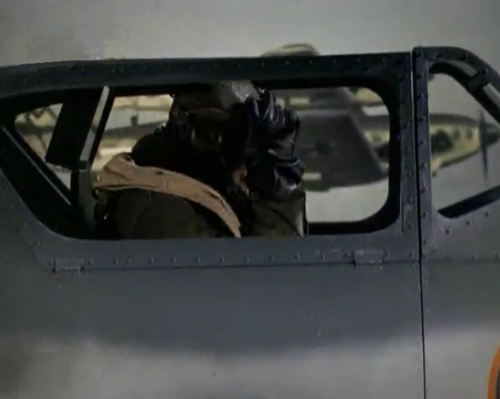 During the battle, the 109 becomes this Messerschmitt Bf 108 successor. 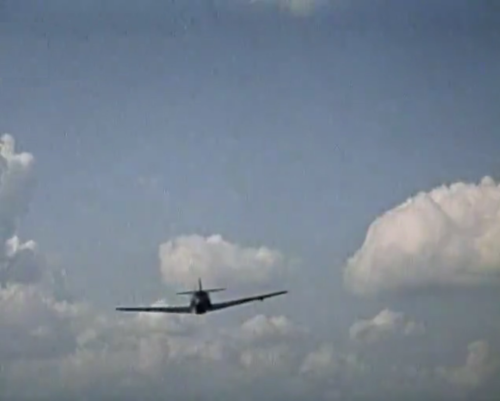 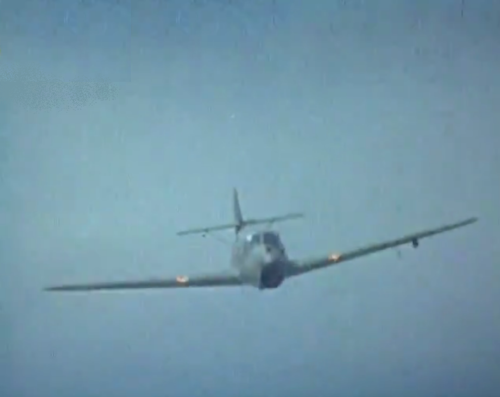 Spitfires with "bubble" canopy were not in service in 1943. 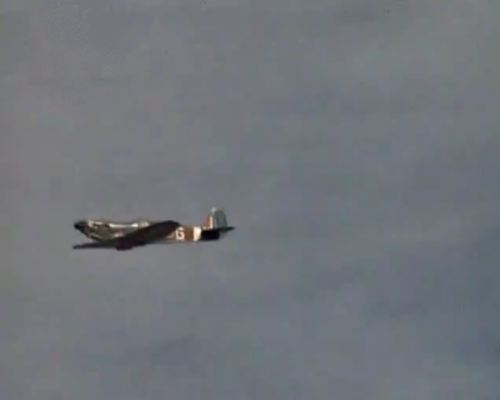 Close-ups on the Spitfire cockpit dislay ... the canopy of a Vought F4U Corsair ! 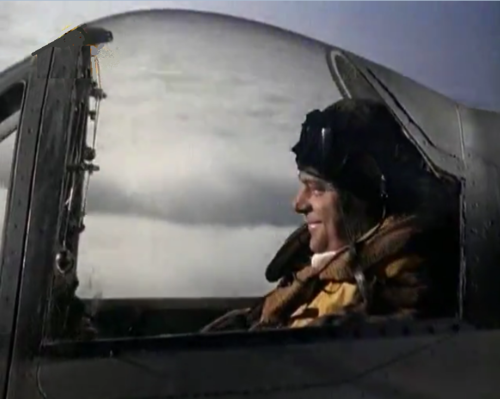 When the escort fighter shoot down the german one, this fixed landing gear model is visible. Perhaps a Tachikawa Ki-36 ? 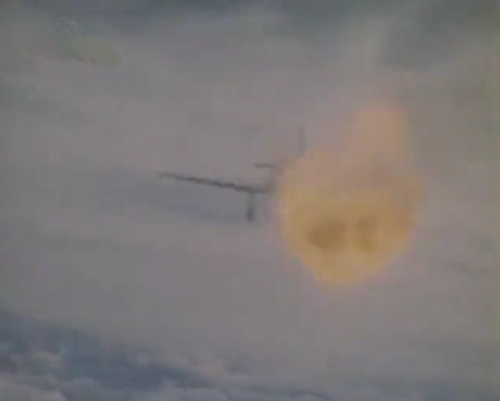 The single one; to illustrate the crash of Col. Brandon's B-17 ! 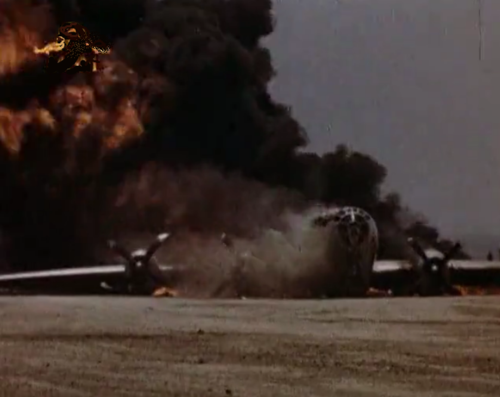