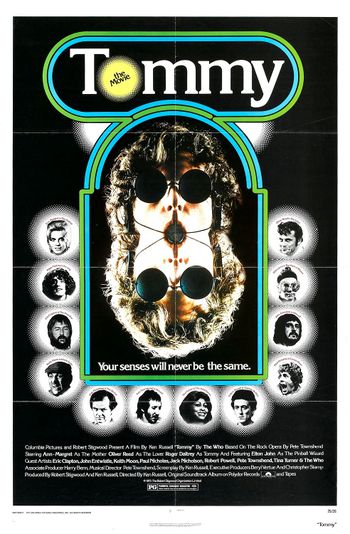 
His father is killed during a night bombing mission, a young orphan became some years later blind, death and dumb when he realises his mother starts a new love affair. At the end of his teens, he becomes a master pinball player and the object of a religious cult because of that. 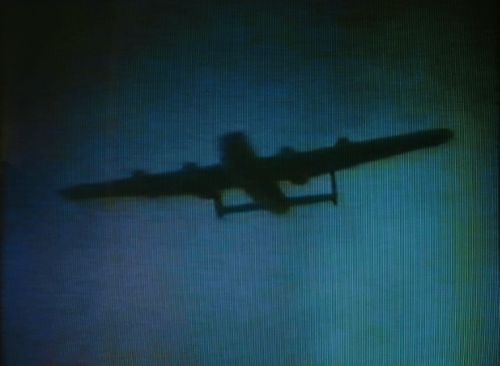 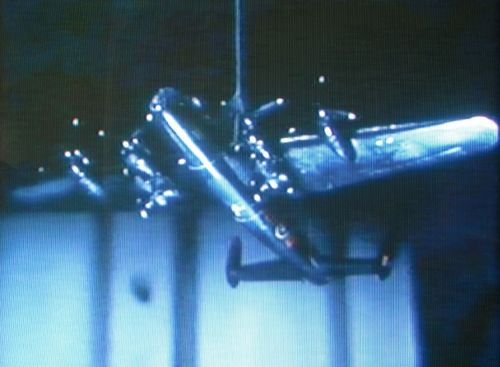 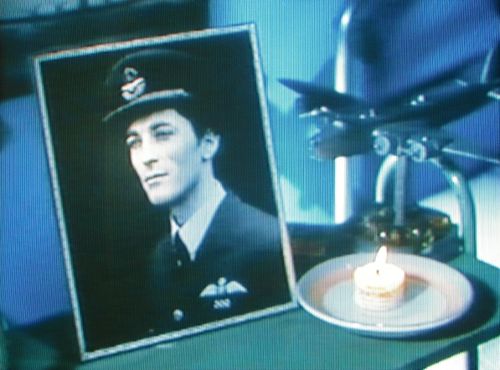 A general view of the bedroom displays the hanging Lancaster, the desk model, wallpaper with twin engined shadows and, over the bed, a unidentified single engine RAF fighter (maybe a Hurricane). 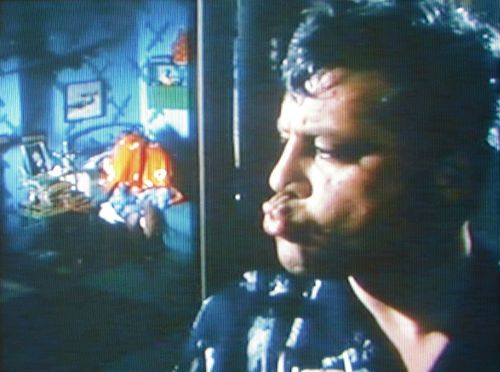 A pair of fighters shown on the poster over the bed, maybe Hawker Hurricane.

Once free again, Tommy is flying a parawing hang glider (Dave Raymond doubled for Roger Daltry and flew a Birdman Hawk Hang Glider in front of the cameras). 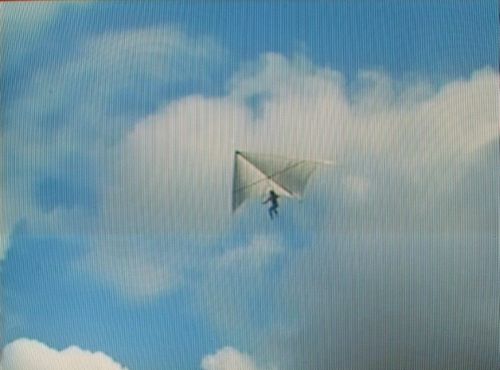 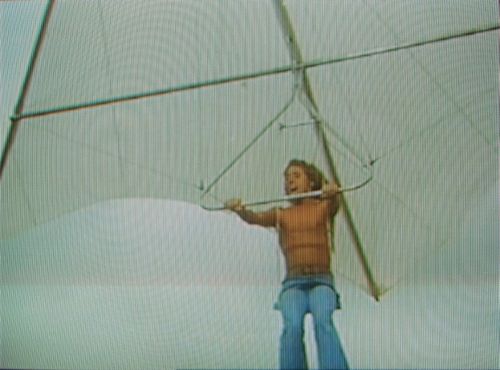