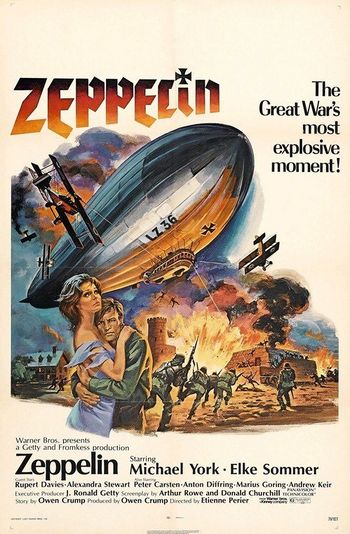 Zeppelin depicts a fictitious German attempt to raid on Great Britain in a giant Zeppelin to steal the Magna Carta from its hiding place in one of Scotland's castles. According the German Headquarter, without this Great Charter, United Kingdom will loose its basis and collapse by itself soon...

Model built for the movie acting as one the two O Class Zeppelin built (the other one being LZ 39).
LZ 36 flew 74 reconnaissance missions over North Sea and four raids on England between March 1915 and September 1916. Burnt out in its hangar due to human error.
The shape of the model doesn't fit with the lines of the O Class. If the registration would be L 36, this would be better as this Zeppelin was a R Class with the right shape. 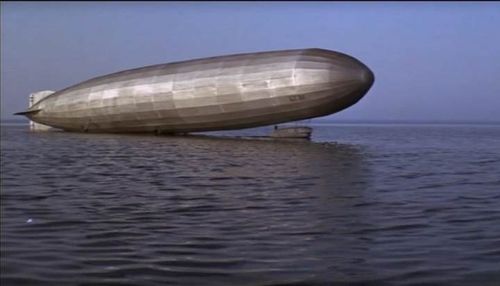 Six aircrafts are attacking the Zeppelin. Two are real ones (replicas) already seen in Darling Lili filmed in 1970. The four other ones are flying models.
One of the two Royal Aircraft Factory S.E.5 (reg. EI-ARB) collied with a helicopter killing all of the four members of the two crafts. The other one was registered EI-ARA.