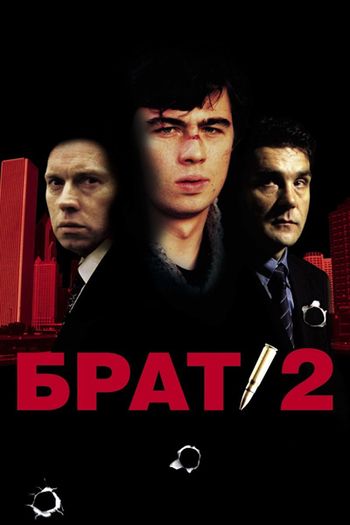 
Danila Bagrov and his brother Viktor go to USA to avenge the death of Danila’s military friend and help friend’s twin brother, an NHL player, whose earnings were appropriated by an evil American magnate involved into organized crime. 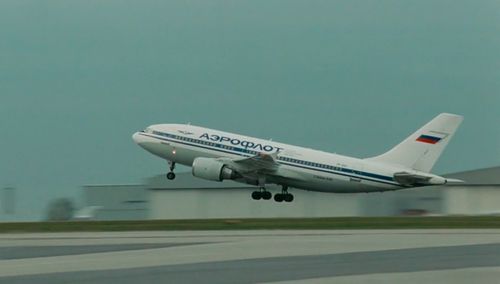 All cabin scenes were also filmed inside an Airbus A310. 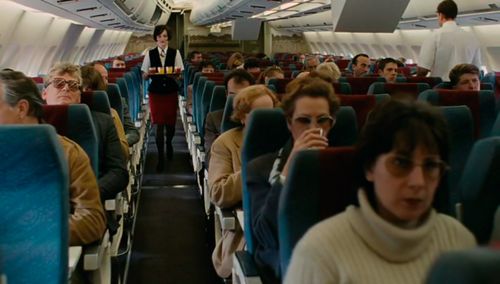 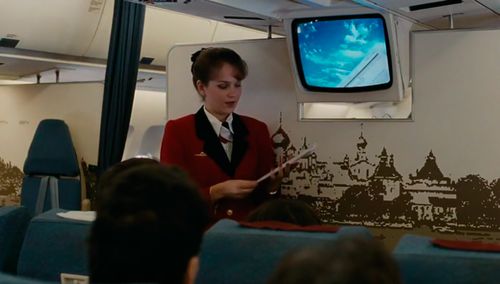 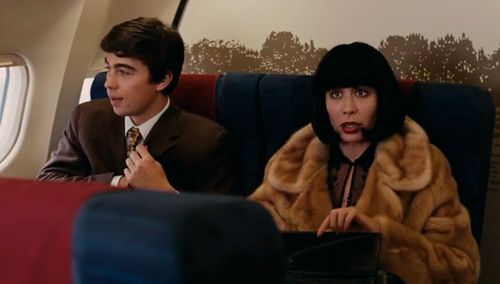 Business class of Airbus A310 of Aeroflot. 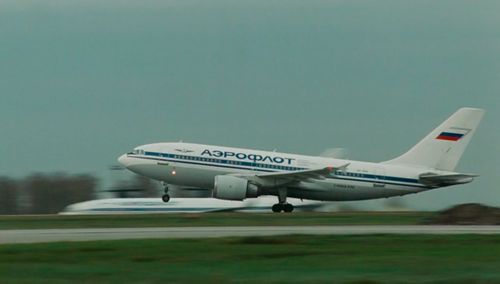 The next scene shows the departure of Danila Bagrov to New York, the plane shown is Aeroflot’s Boeing 737-4M0 registered VP-BAJ (s/n 29203, l/n 3049). This is a factual mistake, as the range of this aircraft would not allow for a non-stop flight from Moscow to New York. 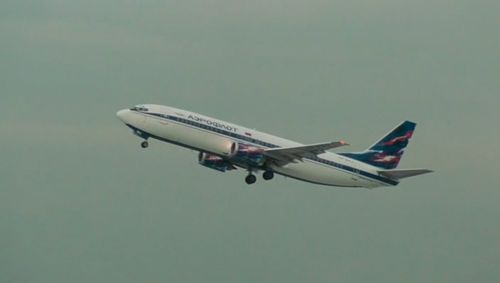 The window view in Chicago departure scene (which was filmed somewhere else, as airport does not look like ORD or MDW) shows a shadow of an aircraft with rear-mounted engines. 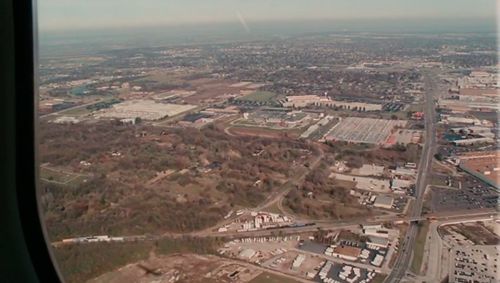